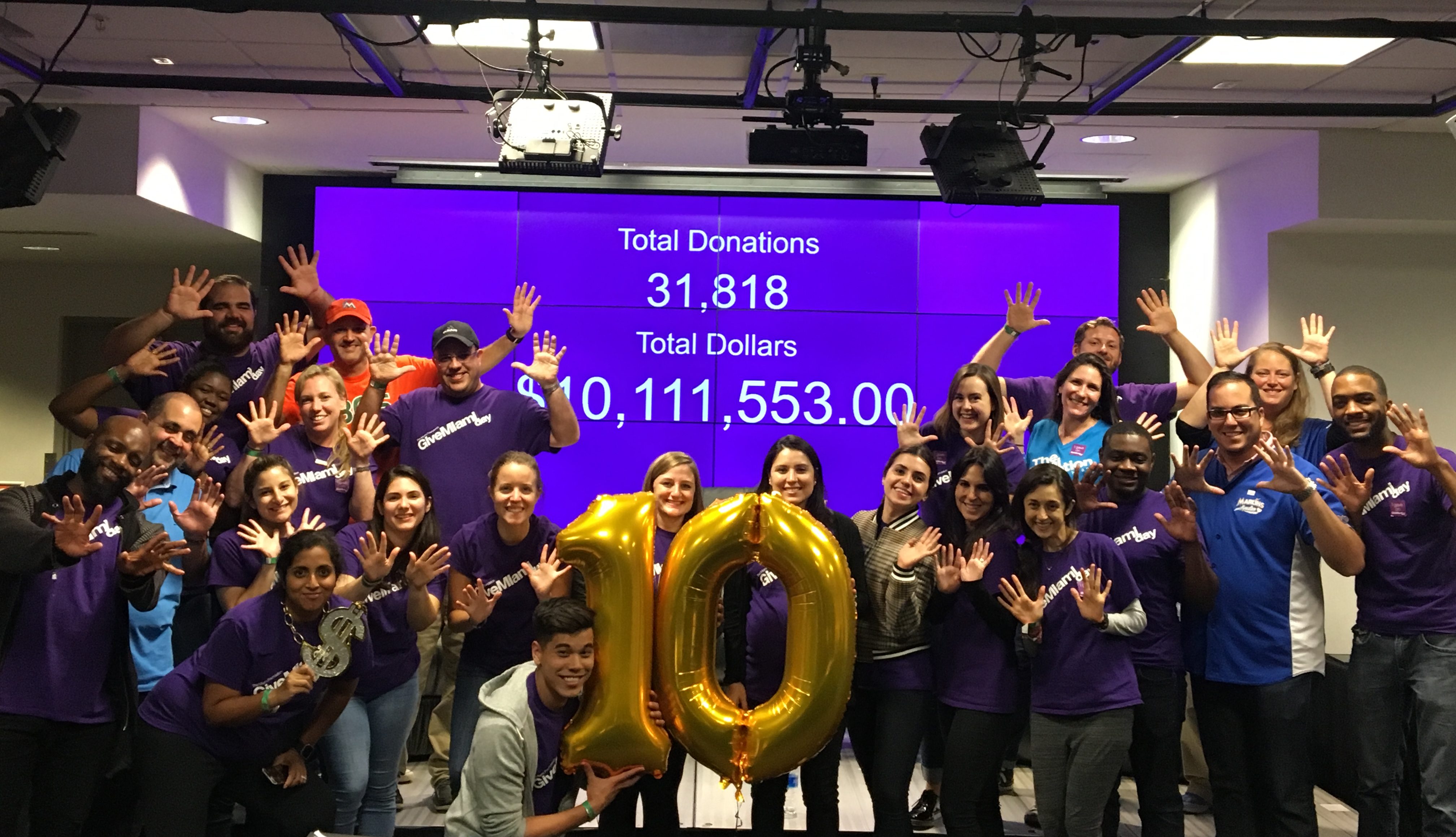 Posted at 20:54h in News by The Miami Foundation 6 Comments
Share

The Miami Foundation’s Give Miami Day set another annual fundraising record, solidifying it as one of the most active 24-hour charitable giving events in the U.S.

On November 16, 20,413 donors invested $10.1 million into 695 local nonprofits participating in Give Miami Day 2017. Now in its sixth year, the event – held annually on the Thursday before Thanksgiving – has raised more than $35.7 million for local organizations in every nonprofit sector, from arts and housing to science and technology.

“Miami came through for our local non-profits like never before,” said Javier Alberto Soto, president and CEO of The Miami Foundation. “It is so inspiring to see people want to give no matter the amount. The last 24 hours have reflected that spirit of generosity, which is clearly pervasive throughout the community.  We are so pleased that Give Miami Day continues be a transformational vehicle to help tackle the issues and concerns that matter most to Miami.”

The Greater Miami Jewish Federation was at the top of the Give Miami Day Leaderboard, raising the largest amount with donations totaling $507,123. The Community Arts Program received the highest number of individual gifts, an impressive 623 donations, totaling $33,738.

Among the medium-sized organizations that participated, CHAP (Community Hebrew Afterschool Program) topped their fundraising category with $217,889, while among small-sized organizations, Gene Spotlight, Inc. raised the largest amount at $262,325 with 263 gifts.

The Miami Film Festival received the largest individual gift of $55,250.

Thanks to the support of the John S. and James L. Knight Foundation, William R. Watts Foundation, Health Foundation of South Florida, the Miami Marlins, Stearns Weaver Miller and dozens of other community donors, The Miami Foundation and its partners maximized the community’s generosity by making a bonus gift for every donation between $25 and $10,000 received on Nov. 16.

Throughout Give Miami Day, The Miami Foundation matched all donations that came in during designated 60-second periods. Match Minutes, timed to begin at 9:10 am, 10:40 am, and 3:05 pm, were sponsored by Bank of America, Berkowitz Pollack Brant, and Miami F.C.

Give Miami Day is an initiative of The Miami Foundation that furthers its mission of increasing local philanthropy and providing community engagement opportunities for every Miamian. During 2017, The Miami Foundation is engaging with residents, supporters and donors to celebrate its 50th anniversary and encouraging residents to take ownership of issues that make Miami a better place to live.  Give Miami Day is a 24-hour opportunity for Miamians to champion the causes that matter most to them. For more information about the nonprofits that participated in Give Miami Day, as well as total gift amounts, please visit givemiamiday.org.

Highlights of Give Miami Day 2017: