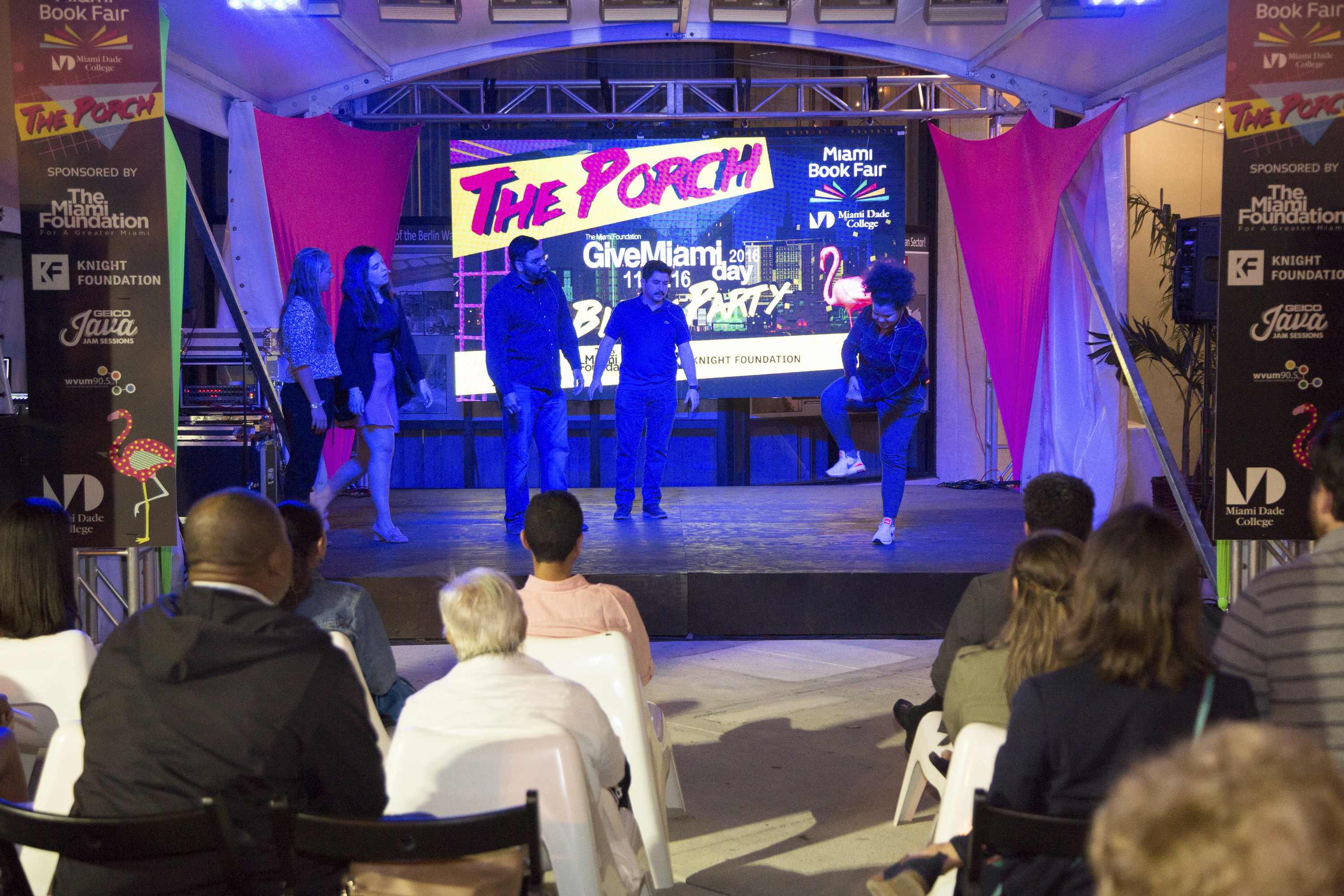 Posted at 15:16h in News by The Miami Foundation 11 Comments
Share

The Miami Foundation’s Give Miami Day set a new fundraising record, solidifying it as one of the most active 24-hour charitable giving events in the U.S. On November 17th, nineteen-thousand donors from around the globe poured $9.1 million into 664 local nonprofits participating in Give Miami Day 2016. Now in its fifth year, the event – held annually on the Thursday before Thanksgiving – has raised more than $25.6 million for local organizations in every nonprofit sector, from arts to housing to science and technology.

That's a wrap on the biggest #GiveMiamiDay ever: $9.1 MILLION! We did it, but only because we did it together. Until next year!

“Our community has totally taken ownership of Give Miami Day,” said Javier Alberto Soto, president and CEO of The Miami Foundation. “Everywhere I went on Thursday, the energy was palpable – all of Greater Miami was pumped about giving back and supporting these important organizations. The day’s outstanding results prove the heights Miamians can reach when we band together in support of the place we call home.”

Proud to donate my excess campaign funds on #GiveMiamiDay and invest back into our community – thanks @MiamiFoundation for taking the lead pic.twitter.com/lqLbVXgnvl

The Greater Miami Jewish Federation raised the most on the day: $476,214 from 294 donors. Planned Parenthood of South Florida and the Treasure Coast, Inc. received the most individual gifts, with 725 donations totaling $155,149. The Children’s Movement of Florida received the most gifts amongst medium size organizations, earning $125,517 from 685 gifts. Touching Miami With Love, a faith-based nonprofit specializing in youth and family development, also had a high volume of donations, with 213 gifts totaling $63,532. Other notable organizations included Pelican Harbor Seabird Station (263 gifts: $23,775), Melissa Institute for Violence and Prevention (153 gifts: $36,562), and the String Bag Project (201 gifts: $10,495).

Today is #GiveMiamiDay! Support local nonprofits in our community by giving to your favorite organizations! https://t.co/cJJaEy8KnS pic.twitter.com/a60PCrI1uw

Thanks to the support of the John S. and James L. Knight Foundation, William R. Watts Foundation, Health Foundation of South Florida, Mitchell Wolfson, Sr. Foundation, Stearns Weaver Miller, and dozens of other community donors, The Miami Foundation will match a portion of every donation between $25 and $10,000 through a Bonus Pool topping half a million dollars.  The Miami Marlins again supported the Prize Pool, donating an additional $25,000+ to organizations throughout the day. Miami FC sponsored two Match Minutes at 7:10 a.m. and 3:05 p.m., matching 100 percent of every donation between $25 and $100 up to $7,500.  Residents celebrated the day’s success at the Give Miami Day Community Block Party, hosted at the Miami Book Fair’s The Porch.  Attendees enjoyed exhibits from participating nonprofits, food trucks and live performances, including WLRN’s 6 Words Miami Improv.

Give Miami Day is an initiative of The Miami Foundation that furthers its mission of increasing local philanthropy and providing community engagement opportunities for every Miamian. Last year, more than 600 participating nonprofits raised $7.1 million from donors across Miami-Dade County, the U.S. and more than 30 countries.

Highlights of Give Miami Day 2016:

After 24 hours, we were still pumped! YOUR energy fueled the #GiveMiamiDay team, Miami. Thanks for the $9.1 million ride! pic.twitter.com/nr5urqoGSd