Posted at 10:29h in News by Ana Mantica 18 Comments
Share

The Miami Foundation, the leading philanthropic organization uniting donors and causes to improve the quality of life in Greater Miami, announced today that Javier Alberto Soto, its president and CEO, has accepted the top executive leadership position at The Denver Foundation beginning in October 2019.

Javier will remain with the Foundation through the next 90 days to ensure a smooth transition. Meanwhile, The Miami Foundation Board of Trustees will follow its established succession plan and search committee protocol. Updates will be posted at MiamiFoundation.org/CEOSearch.

“Javier has been an exceptional CEO of The Miami Foundation. During his 10-year tenure, the Foundation has experienced significant growth that has positioned the organization as a vibrant philanthropic and civic leader in touch with the challenges and opportunities unique to our community,” said Richard Giusto, chair of the Foundation’s board of trustees and co-chair of Greenberg Traurig’s Global Real Estate Practice. “With a strong leadership team, staff and board, we are excited about building on our past success for an even stronger future. We thank Javier and wish him every success in his new position.” 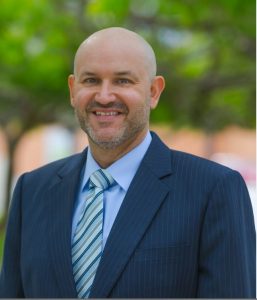 Over the past decade, Javier has led the team responsible for The Miami Foundation doubling its assets to nearly $350 million and expanding the donor base to more than 1,000 donors. The Foundation launched such banner community engagement initiatives as Give Miami Day, the annual online 24-hour charitable giving event that has raised more than $47 million for more than 750 Miami-Dade County nonprofits. The Foundation has also become a leading voice on civic issues, with a focus on making Miami-Dade more resilient. Most recently, the Foundation was integral to Greater Miami and the Beaches’ successful joint-application to the Rockefeller Foundation’s 100 Resilient Cities program and May rollout of the Resilient305 Strategy.

“Javier is one of philanthropy’s most effective, visionary leaders, a trusted connector between capital and social good. He has built The Miami Foundation into an institution that not only supports the Miami community, but helps shape its future. We will miss him. The good news is that Javier has moved the Foundation into such a position of leadership that the pool to succeed him will far exceed expectation,” said Alberto Ibargüen, president and CEO of the John S. and James L. Knight Foundation.

“My last 10 years with The Miami Foundation have been the most rewarding of my professional life. I am proud of the Foundation’s growth and accomplishments and, most importantly, the incredible team we have assembled,” said Javier Alberto Soto. “Miami is among the most dynamic, resilient and generous communities in the world. Our efforts to channel these strengths to reach new levels of philanthropic investment and civic engagement has helped solidify Miami’s place among the great global cities.”