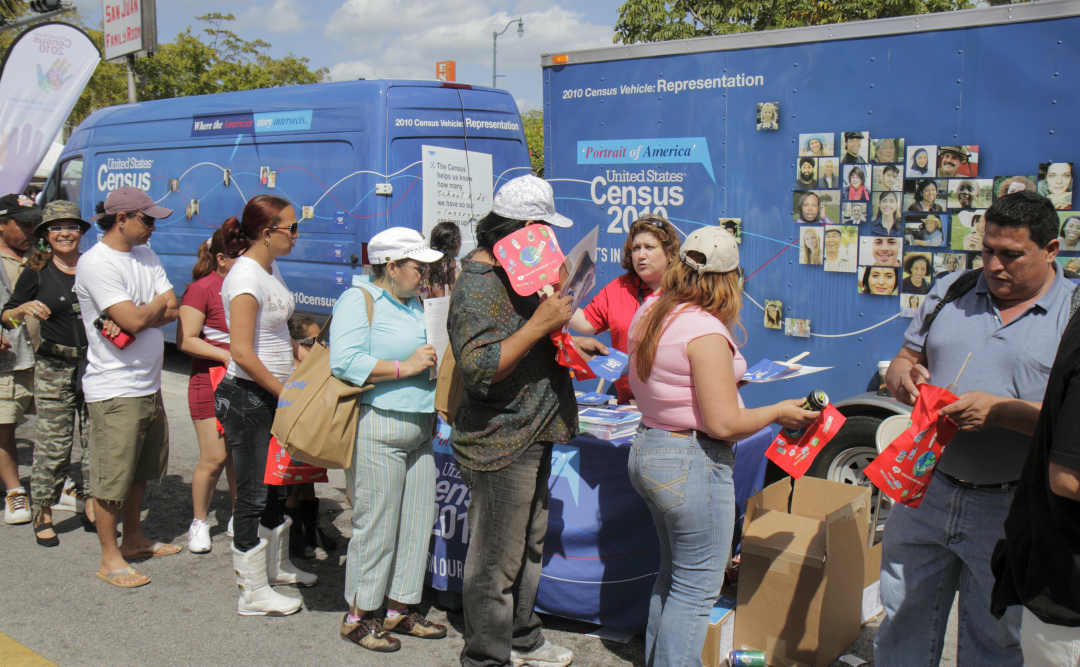 Posted at 21:16h in News by Ana Mantica 6 Comments
Share

Miami-Dade County, Fla. – October 21, 2019 – Nationally and locally, certain communities and populations are traditionally undercounted in the U.S. Census, including Hispanics, communities of color and children under five years old. Miami-Dade Counts Census 2020, a collaborative of funders and partners, has come together to improve Greater Miami’s outcomes in the 2020 Census count, ensuring that one of the most diverse metropolitan regions in South Florida is accurately represented.

“These grants will be used to advance strategies for reaching communities that have historically low rates of participation in the census. The Miami-Dade Counts Census 2020 collaborative wants to put financial resources into the hands of trusted messengers and community-based organizations that will spread the word about the importance of census participation,” said Lindsey Linzer, senior director of programs and grants administration for The Miami Foundation.

For the full list of grantees and descriptions of their outreach, visit MiamiCensus.org.

“The efforts of these grantees will reach across the entire county with a distinct focus on traditionally hard-to-count communities – from the farmworker communities in Florida City to the Haitian communities in Little Haiti and North Miami,” said Donovan Lee-Sin, director of public policy and community engagement for The Children’s Trust. “When community members are informed, they are more likely to respond to the census.”

The 2020 Census will determine how an estimated $800 billion in federal government resources will get distributed each year for the next 10 years. Forty-five billion dollars per year are on the line for Florida families. These funds will support schools, hospitals, roads, public works, housing, small business development, and other vital programs and services. The data collected also affects how congressional districts are determined, including how much representation Florida and Miami-Dade County have in Congress.

The Miami Foundation partnered with the FIU Jorge M. Perez Metropolitan Center to conduct community surveys and focus groups to learn more about locals familiarity with and personal perspectives on the census (view the full report). The findings aligned with national research, which determined that increasing awareness of the census purpose will increase participation and that residents need to understand how the information collected by the census will impact their lives.

“It is critically important that the community address the concerns about why local constituents don’t participate in the census because there is so much at stake,” said Natalie Castellanos, director, policy and public affairs, for Health Foundation of South Florida.

The grant awards are just the beginning of the Miami-Dade Counts 2020 efforts. The collaborative is working to build the capacity of grantees to do the outreach by creating communications toolkits and bringing together grantees to share resources and strategies.  Additionally, the collaborative is working with partners like Microsoft and engineering students from Florida International University’s Upsilon Pi Epsilon to develop an online data visualization tool to track local census efforts. With support from the Knight Foundation, Poynter Institute will also host a free, two-day training in South Florida for journalists on how to cover the census.

Miami-Dade Counts Census 2020 is a collaborative effort, built by a growing base of local and national funders, to help ensure that everyone in Miami-Dade County is counted in the 2020 Census.