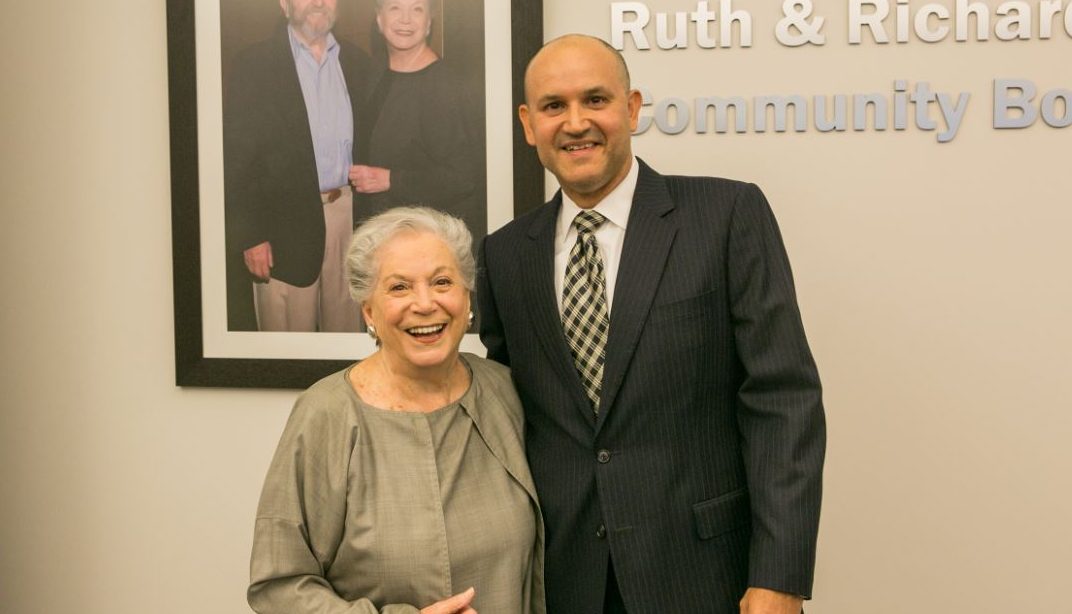 07 Aug RUTH SHACK: WHY WE NEED THE MIAMI FELLOWS

Posted at 09:22h in Blog by Jessica Rodriguez 0 Comments
Share

During our 50th anniversary year, we’re inviting residents to share their Miami stories. Foundation President Emeritus Ruth Shack paved the way for civil rights, social justice and ethical leadership in Greater Miami. She shared her story with us, along with her hopes for the community’s future.

It only took Ruth Shack and her husband, Richard, one week to fall in love with the magic of Miami. While honeymooning in Miami Beach, they knew their planned two-week vacation had led them to the spot where they would start their lives together. Six decades later, Ruth’s legacy continues to reverberate.

The former PTA mom traded in a private life for one of public service – first in local government and then in philanthropy. As a three-term county commissioner from 1976 to 1984, she became known for her fearlessness to stand up for what she believed was “right” when others didn’t. She served as a leading voice for AIDS prevention and awareness, human rights and the LGBT community.

When Ruth became president of The Miami Foundation in 1985, she called it a “natural next step” for her: “I had done the limit of what I could do as an elected official. The Foundation hit all of my goals: it helped me become an entrepreneur in building something and, at the same time, I was able to do good work in the community by making grants.” During her 24-year tenure at the Foundation, she helped invest more than $100 million to champion social justice, healthcare, the arts and economic opportunities. She also paved the way for the city’s emerging leaders by serving as a mentor and conceiving the Miami Fellows program.

“My story stretches across at least six different Miamis. In each instance, I saw we needed more people to stand up and take ownership of this remarkable community,” Ruth said. She went on to help launch the Fellows program at the Foundation to help shape Miami’s next generation of leaders. Nine classes later, that investment has yielded more than 100 elected leaders, teachers, lawyers and entrepreneurs driving the change they want to see in their community. To carry forward her legacy, the Foundation created the Ruth Shack Leadership Award to recognize up-and-coming community champions who reflect her same ethical leadership, dedication and service to Greater Miami.

What does Ruth hope for in the next 50 years? “My imperative has always been to make Miami the kind of place that young people would want to stay … we’re coming to that now. You can indeed envision your own future in Miami, and then watch it happen.”