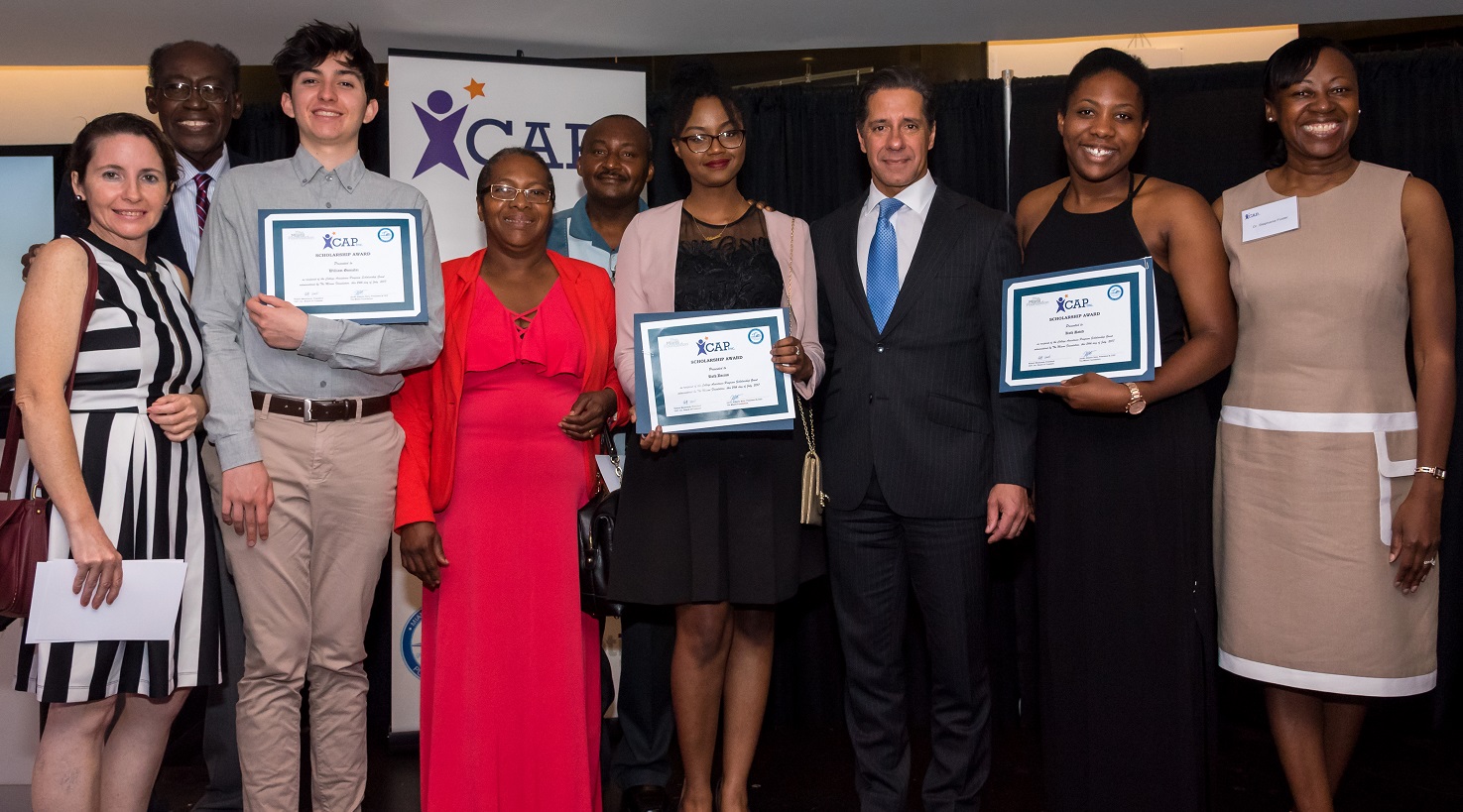 16 Jan MIAMI STRONG: WHY MY FAMILY GIVES TO COLLEGE SCHOLARSHIPS

When I characterize people as strong, I typically think of their character or physicality. Bold and steadfast or muscular and powerful, I contemplate feats that separate these champions from the daily actions of typical folk – wake, rise, eat, work, sleep and repeat.

As a child, my champions were people I read about, heard about or saw on television. From a distance, they captured my attention and inspired my childish dreams. Their triumphs were glimpses and whispers of success, beckoning me to believe that I, too, could become special and celebrated. As an adult, I became more deliberate in my selection of role models. I sought people I could talk to and who “got me.” I needed people who would encourage, correct and challenge me. My mother, Mary Mann Pollard, epitomized that kind of champion. She knew me. I also believe she saw, unfolding in me, opportunities she longed for as a child and adult.

My mother was the granddaughter of slaves and the daughter of a preacher and laundress who did not complete grade school. She esteemed education as a primary path to success and her resolve manifested itself in the works of her hands. She worked whatever jobs she could find to pay for college.

As the wife of a military officer, my mother leveraged her typing skills to restart her career numerous times throughout my father’s career. With his retirement, she embraced the opportunity to grow roots in a community of their choosing. They chose Miami. She became a Miami-Dade educator and used her management skills to serve children who reminded her of herself. A fierce advocate for education, one of her proudest life achievements came when she was selected as Carol City Middle School’s 1994 Teacher of the Year.

With my mother’s passing in 2015, our family established the Mary Mann Pollard Education Fund at The Miami Foundation, in partnership with the College Assistance Program, Inc. (CAP, Inc.), to help students who share my mother’s college experience of being full of promise yet short on funds. Since then, the Fund has annually awarded grants to Miami-Dade County Public School students who have exhausted all types of financial assistance (federal, state and institutional) yet have significant funding gaps to attend their selected colleges.

At the 2017 CAP, Inc. Grant Night, I met a few of the 10 Mary Mann Pollard Education Fund grant recipients. Diverse in gender, ethnicity and culture, their desire to optimize their college experiences was the same. The firmness of their handshakes, joy in their laughter, respect for their families’ support and confident responses inspired me. I saw our future and it was bright, bold and strong!

These beautiful children were taking their rightful places. That night, I had the privilege of beholding a nurse, doctor and astrophysicist who would transform lives in their families, Miami, our nation and our world. That night, I learned the power of dreams and purpose to transcend time and circumstances.

Before aligning with The Miami Foundation, I had considered philanthropy to be the realm of corporate giants and the super-rich. Now, I marvel that everybody can become Miami champions by planting what’s in their hands and hearts. My family has chosen deserving college students to be its soil of choice. We believe these children, full of promise and capability, will flourish and realize past, present and future dreams of individual and collective significance. We act on what we believe: Miami Strong!

Applications for the 2018 scholarship program open at the end of January. Click here to learn more.

Dr. Stephanie L. Foster is a donor at The Miami Foundation.