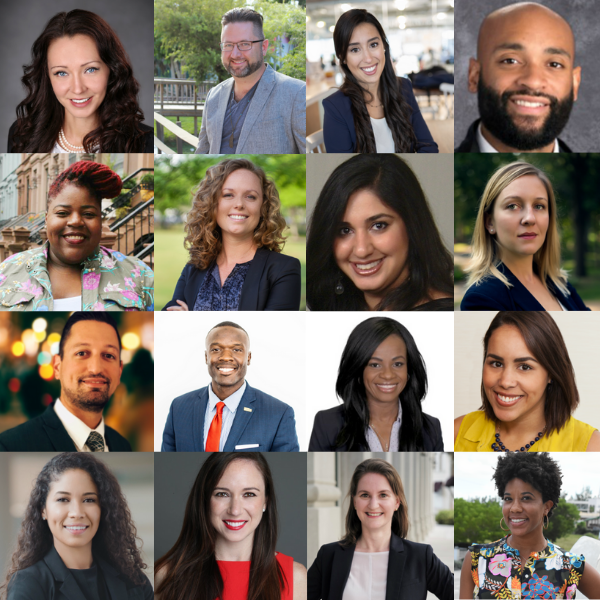 27 Aug MIAMI FELLOWS TURNS 20: THE NEXT GENERATION OF COMMUNITY LEADERS IS NOW

Posted at 13:40h in Blog by Charisse Grant 0 Comments
Share

Twenty years ago, Ruth Shack, The Miami Foundation’s president emeritus, already knew that Greater Miami had to develop a new bench of leadership. She knew her generation would, in due time, need to step aside. The question was who would be ready to step into leading community roles for elected office, organizations and institutions? Could we build an intentional pipeline for a next generation of young, passionate leaders? Could we design a model to instill them with deep knowledge of our diverse community, accelerate their leadership abilities, forge lasting relationships, and root them in the values of ethics and working for the common good?

In 1999, Ruth seized an opportunity presented by the W.K. Kellogg Foundation as it was winding down its national fellowship program, on which the Miami Fellows concept was based. Long-time local event planner Abbey Chase was designing a community learning lab to immerse Kellogg’s Fellows in Greater Miami. Ruth and Abbey partnered to secure the first grant to replicate the national model locally: select small cohorts of 16-18 passionate, civic-minded leaders in their late 20s and early 30s from diverse personal and professional backgrounds, then create an intense community and leadership experience over 15 to 18 months to deeply examine Greater Miami, foster their growth potential, and gain peers and mentors.

The Miami model had a key advantage over the national one: Miami Fellows were all local, allowing for sustained relationships during each class and for years beyond.

And so began the journey in 1999 to cultivate a pipeline of next-generation community leaders – class by class. Foundation President and CEO Javier Alberto Soto continued the commitment when he succeeded Ruth. We believed and trusted the investment would pay off for similar leadership transitions to come. But when that time would be and who would still be here was uncertain.

Two decades later, it is clear the time for that “next generation” is now.

I’ve been at the Foundation since the program began. I can speak to the power of helping people see the true potential of the place they live and investing them in shaping its future. In a city that struggles with losing young talent, nearly 80% of the 170 Fellows are still here. It is so rewarding to look across Miami-Dade County and see them seriously working to return the Foundation’s investment in them by exercising greater leadership for Greater Miami. Increasing time is meeting with opportunity.

Marlon Hill, Class I, was a young attorney raised in South Dade when he joined the inaugural class in 1999. This year, he is one of several Fellows pursuing elected leadership, in his case for a commission seat that has been held by the incumbent for over 25 years. Crystal Wagar, Class II, was recently elected mayor of Miami Shores. Oliver Gilbert III, Class V, first became a commissioner and then mayor of his hometown of Miami Gardens. Roy Altman, Class VII, became a U.S. District judge this year – at 36, one of the youngest judges ever confirmed for a lifetime post – joining several other Fellows who have become judicial leaders in our community.

Monica Vigues-Pitan, Class VI, rose up to become executive director of Legal Services of Greater Miami in 2017 when its long-time leader decided to retire. Her Fellows classmate Annie Lord left Greater Miami for a few years with a commitment to return. And, when she did, she stepped up to lead Miami Homes For All following the retirement of another long-time executive director. Joining her as deputy director was Evian White De Leon, Class VI. Rebecca Fishman-Lipsey, Class VI, former executive director of Teach for America, got herself appointed to the State Board of Education – the only educator to have ever served on the board.

And, emblematic of the vision that began the Miami Fellows program: David Lawrence, Jr., founder of The Children’s Movement of Florida, brought on board Vance Aloupis to help him launch and build the organization. From the outset, Dave mentored Vance to one day be his successor. Vance would not only transition into that role in 2016, but in seeing the limitations of advocacy alone, would run for – and win – a seat in the Florida House of Representatives in 2018.

The Foundation owes so much to so many who have contributed to creating and evolving the Fellows program as a collective community effort. We’ve been privileged to learn and benefit from other leadership programs. We’ve had the good fortune to build a Miami Fellows permanent endowment thanks to the generous support of the Kellogg Foundation, the Knight Foundation and other donors. Hundreds of individuals in Greater Miami have also given freely of their time and experience to provide the community learning labs, leadership conversations, skills development and mentorship that are at the core of the Fellows program model.

As we embark Class XI, we’ll strive to continue giving Fellows the gifts of experiential learning to understand our community’s past and present, of time to define their place for leadership, and of each other to provide inspiration, motivation, counsel and friendship. We’ll push to give Greater Miami individuals with passion to serve, and values and abilities to lead in ways that elevate our greater common good – for generations to come.

Charisse Grant is senior vice president for programs and grants administration for The Miami Foundation and oversees the Miami Fellows program.

Ruth Shack: Why we need the Miami Fellows