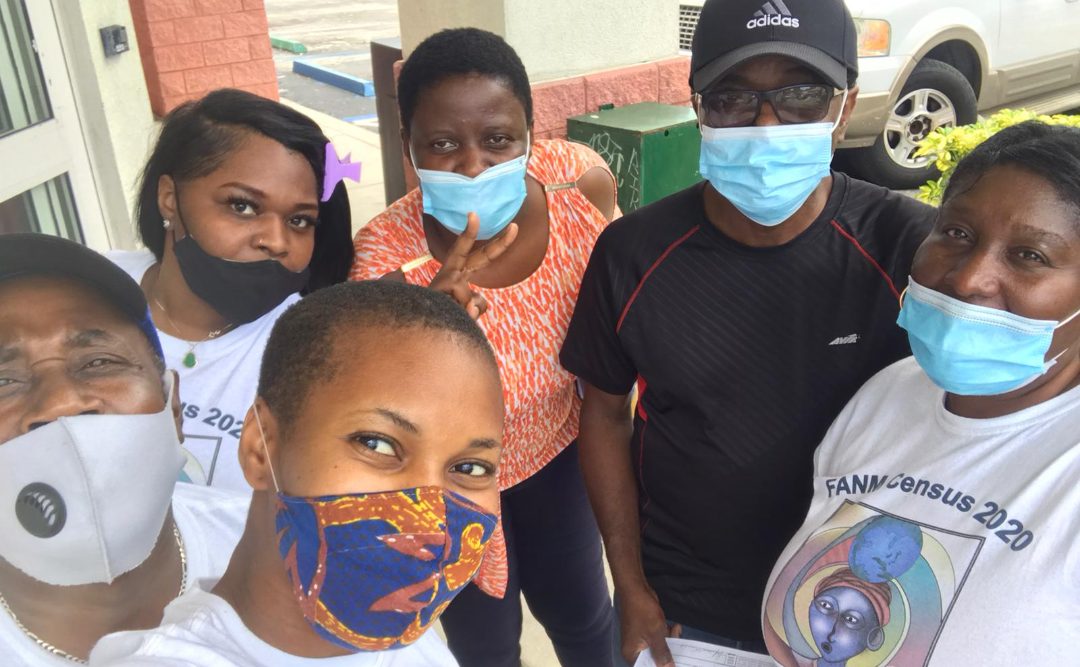 Posted at 16:39h in Blog by Lindsey Linzer 0 Comments
Share

As we reflect on our Census 2020 experience in Miami-Dade County, there are many wins to celebrate and also much learning we must do over the next decade before we have to get counted once again in 2030.It is estimated by the Census Bureau that 99.9% of households in Florida were ultimately counted as part of Census 2020, thanks to a combination of self-responses and data collected during the door-knocking.

Ultimately however, the 2020 self-response rate in Miami-Dade County was 62.5%, which is 3% points lower than the 2010 self-response rate of 65.5%. Despite the Bureau’s best efforts, even in a less challenging environment, data collected are less reliable than self-responses, which translates to less accurate census results. While many factors were at play this year, namely COVID-19 and changing census timelines that likely impacted the completion rate, this is a huge disappointment for everyone who poured their hearts (and time and dollars) into this work for 18 months.

We will not know the final count until early 2021 and the impacts on our share of federal funding and congressional representation.

The Miami Foundation’s Census 2020 journey has been deeply rewarding and we are thankful for the partners that came together to form the Miami-Dade Counts 2020 cross-sector collaborative in an effort to achieve a complete count. The group worked to support coordinated, grassroots outreach to local nonprofit organizations in Miami-Dade County serving underserved, low-wealth communities that have historically low rates of participation in the census. This was done through strategy-mapping, re-granting dollars to organizations and engaging public affairs.

The Miami-Dade Counts 2020 partners gained a lot from the experience of coming together to collectively champion an effort that is so critical to the future of our community. The major local funders strengthened relationships among each other as well as with grassroots local organizations.

Thanks to the early national grant from the Census Equity Fund, Miami-Dade Counts 2020 was able to leverage that national funding to raise a total of $630,000 to support Census 2020 education and outreach. By mid-2019, Miami-Dade Counts 2020 was able to get Census 2020 on the radar of nonprofits and local governments and put actual funds in the hands of many of them to engage meaningfully in Census outreach work. In total, $475,000 was re-granted to 29 local nonprofits to hire staff, dedicate resources to outreach, and more specifically, to connect with traditionally hard-to-count populations to educate and encourage participation. These grantees provided direct assistance with census completion to over 106,000 households and reached over 1.2 million households with critical census messaging.

While canvassing, direct assistance with completion and in-person events were largely not possible starting in March due to COVID-19, the grantees did not abandon hope of a complete count and found creative ways to reach their target audiences. Some examples include:

While the grant funding to nonprofits was critical, the most important aspect of our work was outreach and education. The collaborative of Miami-Dade Counts 2020 funders, led by The Children’s Trust, The Health Foundation of South Florida, The Miami Foundation, and The Wallace Coulter Foundation, dedicated hundreds of hours of in-kind time to census outreach. We served on panels, wrote Op-Eds, spoke with local news stations, got Census on the agenda at major conferences, supported nonprofit and community workshops, and leveraged our Foundation’s listserves and social media channels to regularly communicate about the importance of the Census to Miami’s future.

To help our local organizations communicate about the importance of Census 2020, we also created a website (miamicensus.org), which became the hub for Census related information and resources for Miami-Dade nonprofits and residents, as well as a messaging toolkit that was research-based and spoke to the unique challenges facing Miami-Dade. The website, along with dedicated Census pages on partners’ websites garnered over 39,000 visits and over 45,000 page views during the life of this initiative. The toolkit, which was offered in three languages, was downloaded over 600 times and served as an important resource for our grantee partners and other local organizations who did not have the capacity to design these assets themselves.

The collaborative is in the process of deconstructing our Census 2020 experience and creating a “time capsule” to eventually share with the team that will lead Census 2030 efforts. While a lot was accomplished and all the stakeholders involved learned from this experience, we would suggest a few changes for future efforts, including:

Although the count has concluded, the forthcoming story regarding the numbers is just beginning. Data from the 2020 Census will impact communities across the country for the next 10 years—from hospitals, to fire departments, to schools, roads, and highways. Census driven data impacts everything we do in community and The Miami Foundation is scheming about ways to breathe life into it and make miamicensus.org a year-round site that showcases the importance of Census outcomes in our everyday life as Miamians. We are so incredibly thankful to the funders who dedicated financial resources to this significant effort and to the nonprofits who continued to push the message of Census importance long after their grant funds ran out.

Miami-Dade Counts 2020 is a collaborative effort, built by local and national funders, to help ensure that everyone in Miami-Dade County was counted in the 2020 Census. We provided grants for nonprofits and grassroots organizations working to ensure a complete count – especially in the most hard-to-count and reach communities – as well as other resources to carry out their efforts.