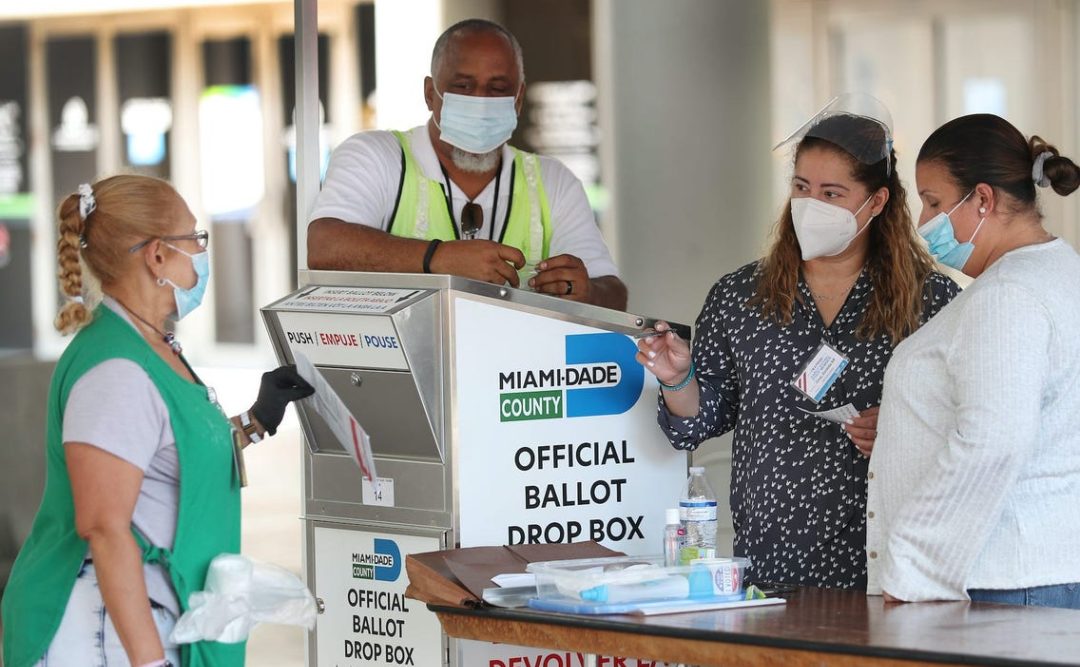 Posted at 11:01h in Blog by Loren Parra 0 Comments
Share

Election season is here! And along with the big races at the top of your ballot, there will be a number of amendments to the state constitution you’ll be asked to weigh in on. Florida currently has more ways to edit the constitution than any other state in the union. Five to be exact. The majority, three of these, are implemented by legislators in Tallahassee – your state reps and senators. But two of these options are activated by citizens just like you:

Remember, ballot initiatives need 60% of voter approval to pass. And while we know a presidential election usually inspires voters to research their federal candidates, on November 3, you’ll see six state-wide amendments on your ballot, too. These amendments range from raising the minimum wage, to making it more difficult to pass future amendments (yes, potentially altering some of what I described above).

We’ll break them down here and share what they mean, so you know what you’re voting on and why it matters for Florida, and you:

Supporters say: This helps to ensure that elections are preserved for citizens of the United States, and that the change can prevent cities from allowing non-citizens to vote.

Critics say: This measure is largely unnecessary, as Florida law is very clear that only a U.S. citizen and resident of Florida who is 18 or older is eligible to vote, and passage would make no substantive change to Florida’s constitution, which already limits voting to U.S. Citizens.

Sponsor: Florida For a Fair Wage

Supporters say: The amendment ensures that all Floridians can access a living wage, maintaining that the current minimum wage, $8.67 per hour (about $17,800 per year at full-time rates), is not enough money for Floridians to live on and should be slowly raised over time.

Critics say: It would be too large a burden on Florida’s businesses and produce negative outcomes in an effort to control costs, including consumer price hikes, staff layoffs, a reduction in employee hours, and automation as an alternative to traditional labor.

Amendment 3: All Voters Vote in Primary Elections for State Legislature, Governor, and Cabinet

Sponsored by: All Voters Vote Inc.

Currently, Florida primaries are closed, which means that only voters registered to a party can vote to decide which candidates move onto a general election. This amendment would allow all registered voters, regardless of their party affiliation, to vote in primaries for the state legislature, governor, and cabinet, changing Florida’s primary elections from a closed election to a top-two open primary. The two highest vote-getters would advance to the general election, regardless of party.

Supporters say: This shift would give Florida’s large share of non-party affiliated voters — over 3.8 million of Florida’s nearly 14 million registered voters — more of a voice throughout statewide elections. It would also disrupt the cycle of increasingly extreme candidates emerging from primaries in hyper-partisan districts, attracting more moderate candidates to run for office.

Critics say: The amendment language isn’t perfect, and doesn’t require that a candidate’s party affiliation be shown next to their name on the ballot potentially leading to voter confusion. It would also negatively affect minority representation in Florida’s government by opening primaries, for example, in predominantly Black Democratic districts, to white Republican and independent voters.

Sponsored by: Keep Our Constitution Clean

As I mentioned, approval of a ballot amendment in Florida requires 60% of the vote in a single referendum. This amendment would require that all proposed amendments or revisions to the state constitution be approved by the same 60% of voters but in two elections, instead of one, in order to take effect.

Supporters say: The Florida Constitution changes too much, and a second required referendum would give voters more of an opportunity to really grasp the impacts of proposed changes to the Florida constitution.

Critics say: Amending the constitution is already a major undertaking and quite costly. This amendment would add additional burden to an already difficult and expensive process for citizens to exercise their right to amend the constitution through direct democracy. It also provides well-funded opposition groups a second chance to defeat publicly popular amendments that initially pass with required 60% voter approval.

Amendment 5 was introduced as House Joint Resolution 369 by Florida Sen. Rick Roth (R) in January 2020. The state House approved the amendment unanimously with two Democratic representatives not voting in March 2020, and the state Senate subsequently passed the measure unanimously on March 11, 2020.

This would increase the period during which accrued “Save-Our-Homes” benefits may be transferred from a prior homestead to a new homestead, from two years to three years. Right now, Floridians who move from one homesteaded property to another have two years from Jan. 1 of year of sale of the first home to claim the tax benefit. This amendment would give homeowners an additional year to do so.

Supporters say: The proposed change fixes a loophole because homestead exemptions currently take effect on Jan. 1, meaning that the sale of a home late in the year would effectively reduce the portability from two years to little more than one and a few days. This simple change would mean that the Florida Constitution would reflect what voters intended – that homeowners can take their exemption with them for two full years or more — and not lose it over the span of a year and a few days.

Critics say: Preempts local rules: Property taxes are levied by local governments to pay for local programs/services. By placing limits in the constitution, rather than passing local and state laws, we limit local governments’ ability to manage their budgets to best respond to the needs of their communities.

This amendment was introduced as House Joint Resolution 877 in December 2019. The state House approved the amendment 115-0 with five members not voting on March 4, 2020, and the state Senate subsequently passed the measure unanimously on March 5, 2020.

Right now, eligible Florida veterans receive a discount on their property taxes if they are over the age of 65, were honorably discharged, and have been permanently disabled by combat. This discount expires upon death and is not currently extended to spouses. The amendment would allow that homestead property tax discount carry over to the veteran’s surviving spouse who both holds legal/beneficial title to, and permanently resides on, the homestead property, until he or she remarries or sells or disposes of the property. It would also allow that in some cases, the discount be transferred to a new homestead property of the surviving spouse.

Critics say: Homestead exemption benefits have been improved for veterans three times in recent years, reducing tax revenues each time. And like proposed amendment 5, this measure reduces property tax revenue available for local services/programs limiting the ability of local governments to control their budgets based on their county needs.

There’s a lot to unpack there, especially knowing this is just one part of your November ballot. But tools like VoteMiami.org can help you find your personalized ballot ahead of time and provide some resources to help make sure you’re prepared to go to the polls. Speaking of which, don’t forget – there are three ways to vote in Florida: mail-in ballots, early voting in person, or Election Day voting. Find your voting precinct, track your mail-in ballot and more at the Miami Dade County elections site. And most importantly, make sure you’ve got a plan to cast your ballot on or before Tuesday, November 3.

Loren Parra is director of public affairs at The Miami Foundation.