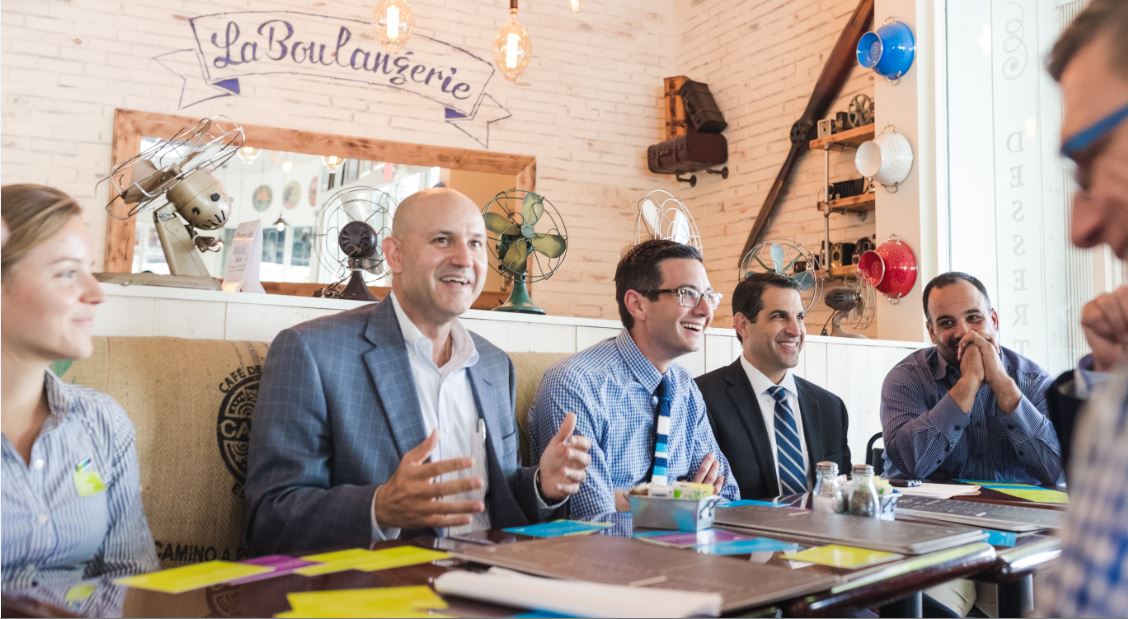 14 Nov 150+ CONVERSATIONS AND ONE THEME: HOW CAN GREATER MIAMI COME TOGETHER?

Posted at 19:52h in Blog by Marika Lynch 0 Comments
Share

On October 18, I showed up for a lunch with a table full of strangers at Clive’s Cafe in Little Haiti, and ended up having one of the most thoughtful conversations about our city that I’ve had in years. Frank, funny, and yet also raw and full of uncomfortable truths. I left in awe and admiration of everyone with whom I shared crab cakes that afternoon.

The same experience happened throughout the day as I traveled around Greater Miami taking part in My Miami Story conversations. Everywhere I went, for once, people were talking about Miami: the city where I was born, the city that I love.

On that one day, more than 150 people signed up to host these conversations throughout Miami-Dade County at homes, schools, workplaces, restaurants, and even a park. Hosts received materials with a few prompts and fact cards about Greater Miami, derived from the new 2016 Our Miami Report, a snapshot on how local quality of life is faring across a range of issues, from affordability to health care, housing and the environment.

In all, more than 1,000 Miamians participated in the gatherings to share their Miami stories – why they came here, why they stay here, what they hope for the future and what they could do, together, to take action. People also took to social media to tell their Miami stories. (Look up the hashtag #MyMiamiStory.)

As soon as the sun rose across Biscayne Bay, I posted my own, and others shared too – whether their families arrived decades ago … 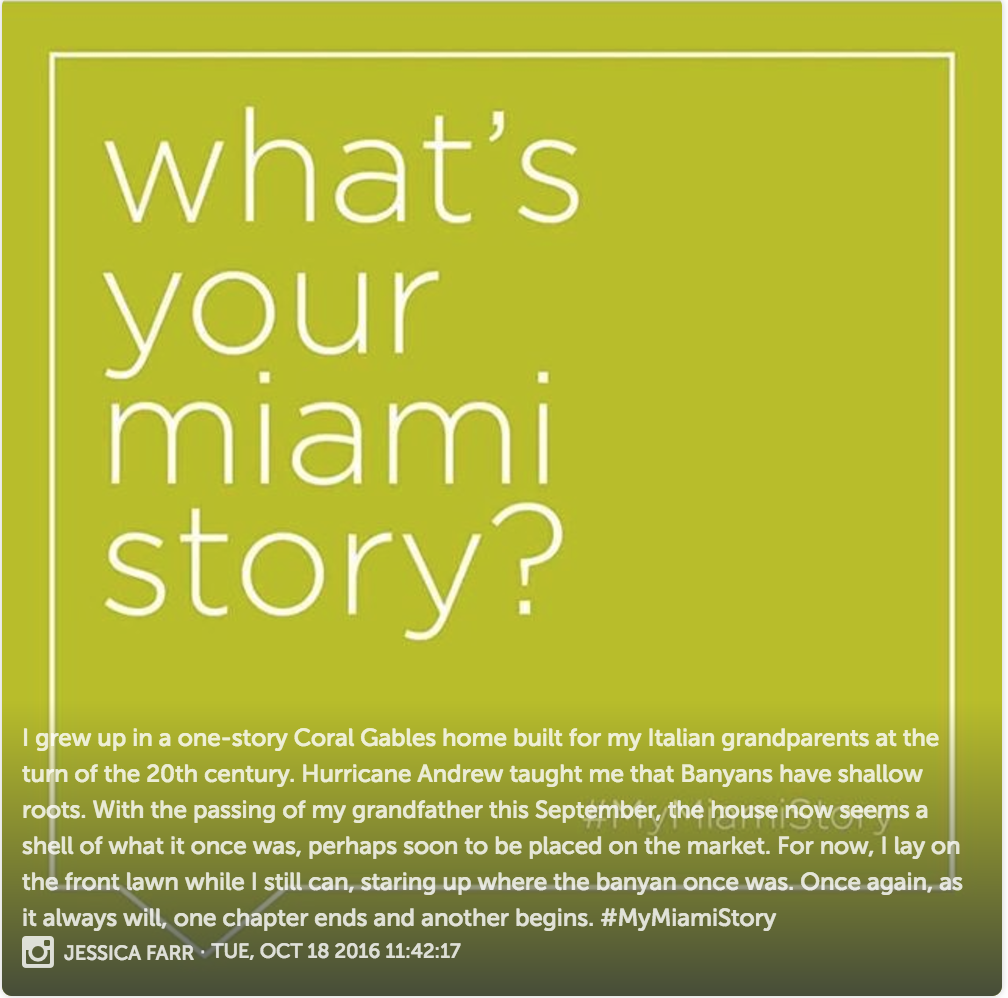 … or if they themselves did in the past few years. 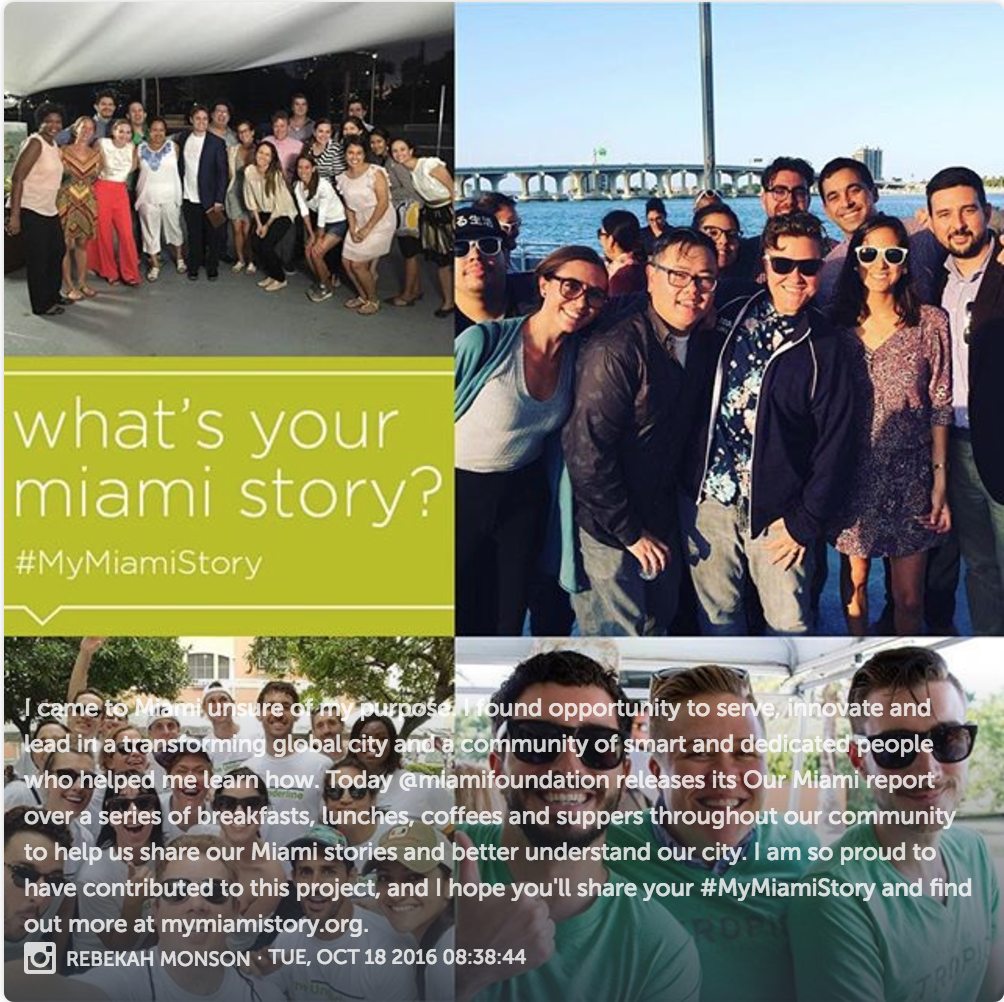 There were so many roads to take, so many issues to tackle. Yet, as I drove around the county from breakfast at Coral Bagels in Coral Gables hosted by David Lawrence, Jr., chair of The Children’s Movement of Florida’s board, to dinner at a park in Liberty City organized by the Miami Children’s Initiative, several issues remained at the forefront.

How can we come together?

The first, and most prevalent, as someone put it at Clive’s, is “Miami on the hyphen.” The city has the highest percentage of foreign-born residents of any major U.S. city. Diversity is one of this town’s greatest strengths, and it’s what brought and keeps people here, participants said. But it doesn’t mean we’re one, united community.

“The greatest strength is our people, but we live such separate lives,” one person said.

And another: “We all love the diversity. Why do we live in such silos?”

Yet another: “We live in pockets of isolation.” 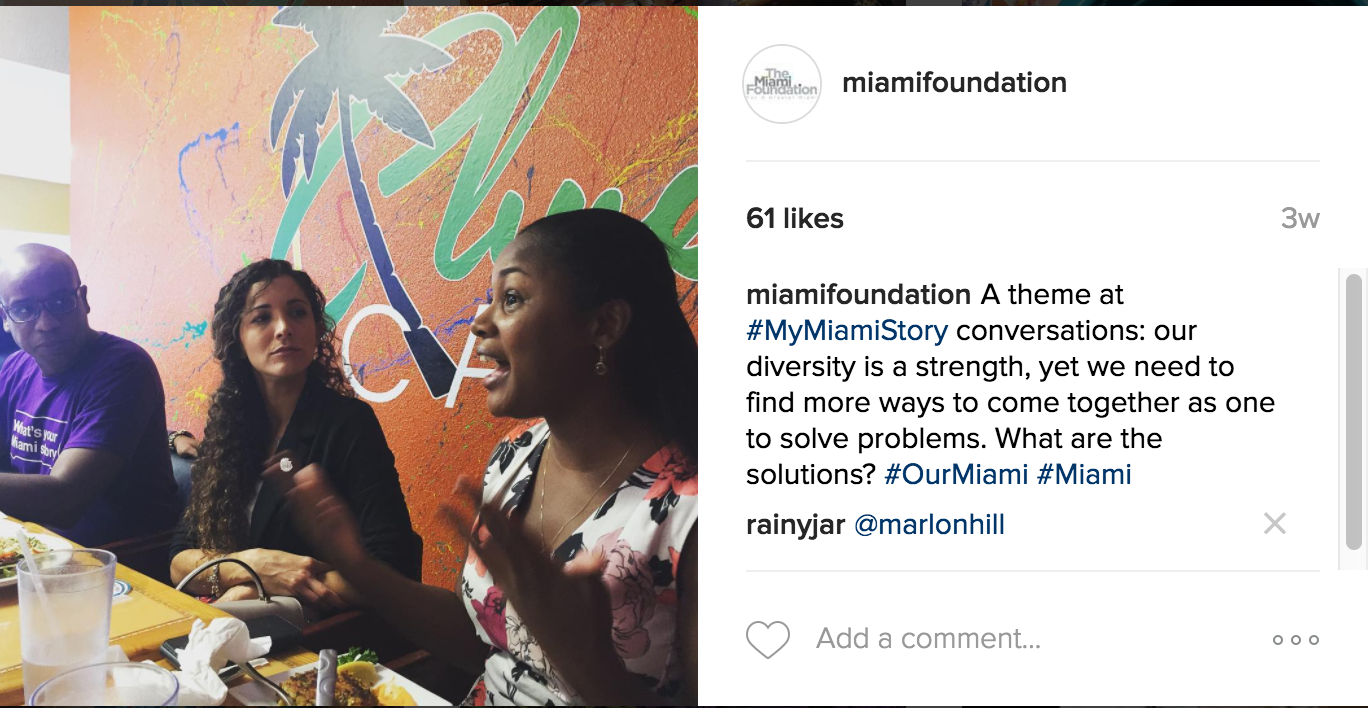 There were no easy solutions and participants wanted to know: How can we turn these My Miami Story conversations into something more?

The growing inequality in Greater Miami, and across the nation, also weighed heavily on people’s minds. Thankfully, Miami’s economy has grown substantially since the end of the recession – with jobs fueled by seven industries including the arts and health care.

Yet at the same time, the report raised concerns about how equitably those gains are distributed. Leaders of Voices for Children Foundation, The Children’s Movement of Florida and The Miami Foundation gathered for a 3:05 p.m. cafecito break to tackle these issues. 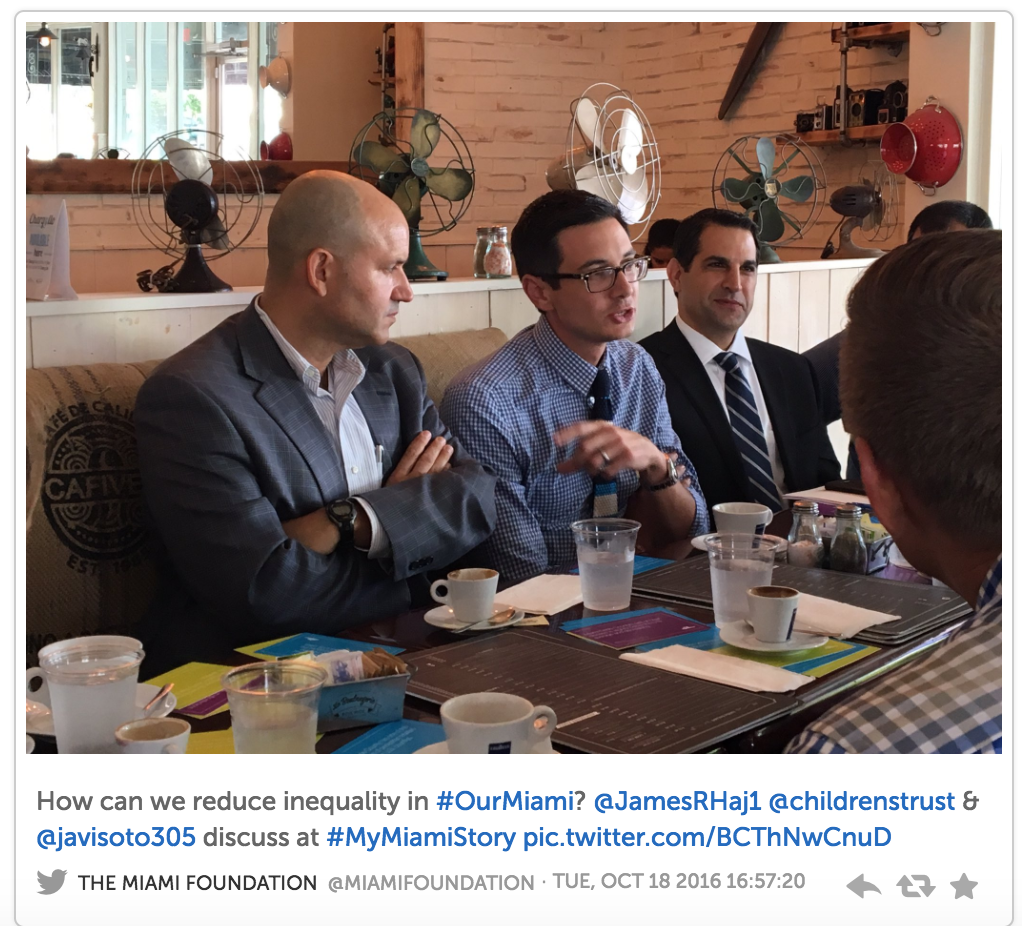 At a gathering of leaders at Florida Memorial University, South Florida’s only Historically Black College and University, one participant encapsulated the feelings of many in one sentence:

“The only difference between a child in Liberty City and a child in Brickell is access to opportunity.” #mymiamistory at @FLMemorialUniv.

"The only difference between a child in Liberty City and a child in Brickell is access to opportunity." #mymiamistory at @FLMemorialUniv. pic.twitter.com/o2EYa3vAJv

As the night continued, there were entire conversations dedicated to community health, affordable housing and public spaces like the Miami Loop and the Ludlam Trail – all with people coming together to discuss a way forward.

The conversations sparked a call for change, for discussions and, most importantly, solutions.

“Something special happened yesterday,” lawyer and community advocate Marlon Hill, who organized the gathering at Clive’s, tweeted the next day.

How do we continue it?

Miami, it’s now up to all of us to answer that question.

Marika Lynch is a Miami-based writer and communications consultant for foundations and nonprofits. She managed social media outreach on the My Miami Story planning team.

My Miami Story conversations are happening through the end of the year. Anyone interested in becoming a host can sign up at mymiamistory.org.