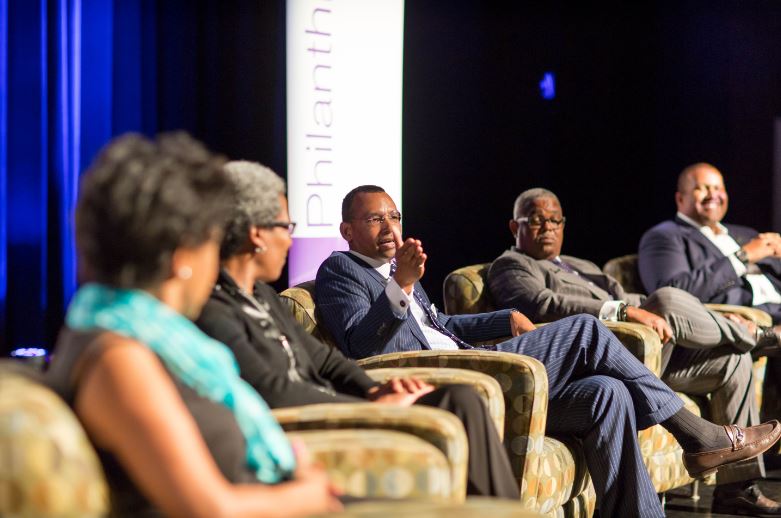 Posted at 14:57h in Blog by The Miami Foundation 0 Comments
0 Likes
Share

The Miami Foundation will celebrate its 50th anniversary in 2017, a significant landmark for any organization in such a rapidly growing and changing city.  Part of commemorating this milestone will be telling stories of the people who shaped Greater Miami’s past and will drive it into the future. Since Bahamian migrants helped found the city of Miami 100+ years ago, our black population has grown in civic participation, economic strength and cultural diversity.   Still, Miami-Dade County’s half a million-plus black residents are disproportionately affected by a number of socio-economic factors, including the safety of our neighborhoods, wages, access to affordable housing,availability of health care and quality education.

They began by sharing that the state of black philanthropy was “strong, but subtle,” “under-appreciated,” and “emerging.” The conversation then sought to further define philanthropy in the black community.  It can take on various forms not traditionally identified as charitable giving, including tithing at church, sending money back to family in the Caribbean or Latin America, or supporting your fraternity or sorority’s scholarship fundraiser.

We reached several key conclusions like the need for collaboration and making more strategic giving investments.  Many organizations serving black communities have similar missions but operate in silos. This duplication of effort can be addressed by funding work that encourages nonprofits and groups to cooperate where possible. Donors should also support endowments for these organizations to ensure and preserve their long-term financial health.

Though many in the black community may not have the benefit of generational wealth from inheritance or equity ownership in major corporations, we maintain a strong middle to upper-middle class population who actually has an unmatched generosity.  When they pool their charitable resources and invest them purposefully, they can be just as impactful – if not more.

Using this community conversation as a launching pad, we can begin to better understand how wealth is perceived in the black community and the vehicles through which it’s used to solve issues impacting Greater Miami.  It’s time we redefine philanthropy to focus beyond the amounts we give, to how we give and the chartable investments, skills and other resources we bring to the table to advance causes benefitting black residents.

From here, we intend to work with the panelists, broader community stakeholders and Foundation staff to translate the conversation’s takeaways into actionable next steps.  We need your input – please comment with a suggestion below.  In the spirit of the recommendations from W.K. Kellogg Foundation CEO La June Montgomery Tabron, The Miami Foundation welcomes your voice on this journey to ensure that “we align our programs and policies to better support the financial strength and security of black families, while keeping sight of the long-term benefits for all in creating a truly inclusive (Greater Miami) economy.”

Marlon A. Hill, Esq., partner and corporate attorney with Hamilton, Miller & Birthisel, LLP, is a former trustee of The Miami Foundation and a Miami Fellows Class I alumnus.