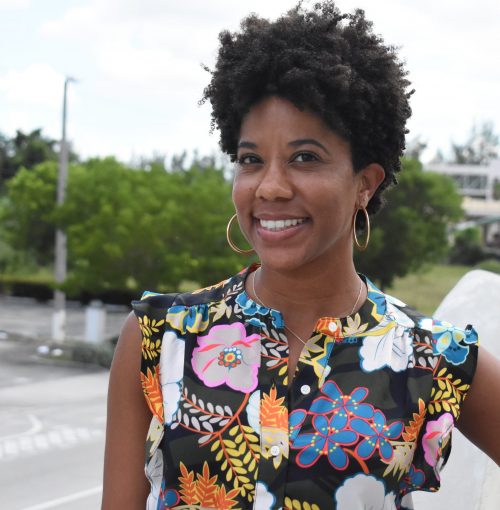 Nikisha Williams, a Miami-native, currently serves as the Managing Director of Collective Impact at The Miami Foundation. In this role she is responsible for leading large-scale change through cross-sector collaboration by bringing together government, philanthropy, nonprofits, and corporations together to solve major community challenges in bold ways that couldn’t be accomplished without collective action.

Nikisha’s career spans the public sector and communications, where she most recently served as Chief Operating Officer of the Opa-locka Community Development Corporation, where she was responsible for leading the operations of the organization, including human resources, marketing, fund development, as it expanded its placemaking, workforce development, health and arts/culture initiatives in the community. Prior to that, Nikisha served as the Director of Employee Communications and Change at C&W Communications, a telecommunications company with operations with more than 7,500 employees in 30 countries throughout the Caribbean and Latin America. Prior to her role at C&W Communications, she managed communications for c-suite executives at AT&T in both New York and Dallas.

She graduated from the University of Florida with a Bachelor of Science in broadcast journalism and a Bachelor of Art in Spanish. During her studies she spent time in Barcelona, Spain learning the Spanish language and about the culture.

She is a volunteer with Big Brothers Big Sisters Miami, a Miami Fellow and graduate of Leadership Miami. She sits on the board of Health in the Hood and the City of Opa-locka’s Historic and Environmental Preservation Board. Her professional affiliations include the Public Relations Society of America (PRSA) and the National Association of Black Journalist (NABJ). She’s also participated in the Executive Leadership Council’s Bright Future’s Leadership Development Program.