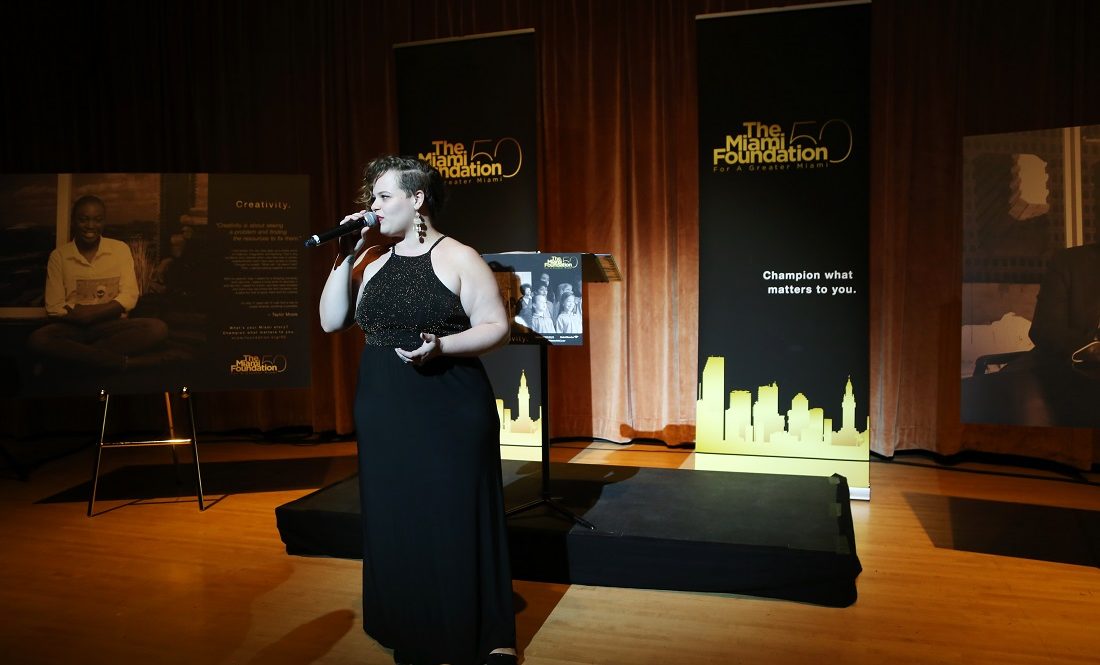 Editor’s note: This story originally appeared in the Chronicle of Philanthropy.

The Miami Foundation set some big goals for its 50th anniversary, which it celebrated in 2017: raise more than $100 million and create a million-dollar-plus endowment. It was an ambitious set of targets. A decade earlier, the community fund held only about $130 million in assets. And many of its donors were cool to the idea of an endowed general fund, preferring to steer their gifts to specific projects throughout the city.

Yet the foundation cleared the mark easily. Even when subtracting the donations that came in a surge after Hurricanes Irma and Maria slammed the Caribbean and parts of Florida, the foundation’s Golden Anniversary effort surpassed its goals when it raised $116 million and received $1.5 million in gifts for an endowment.

A big reason the grant maker succeeded, according to Rebecca Mandelman, the foundation’s vice president for strategy and engagement, was that the planning started more than a year in advance. “The stakes were very high,” she says. “We knew we only had this opportunity once.”

Here are some tips that Mandelman offers based on the foundation’s winning strategy:

The grant maker began in 2016 by checking in with other big-city community foundations to see how they celebrated their anniversaries.

In a series of interviews with other large community grant makers, Mandelman discovered that other regional foundations didn’t always have a clear focus for their anniversary celebrations. Miami decided it would focus on growth. As it planned for the anniversary year, every conversation centered on how the celebration could help the foundation increase its assets.

“It might seem obvious that’s the goal, but from our research, it wasn’t a given,” she says. “We saw other community foundations use their anniversaries as a way to rejigger their focus or to rebrand.” she says.

Understand your donors’ motivations for giving.

With such a big goal, it quickly became clear that the foundation needed to forge a deeper connection with its donors and attract first-time givers. To do that, foundation leaders realized they had to better understand why donors give. The foundation held in-depth interviews with 25 supporters with a range of incomes, ages, and backgrounds to gain insights into what motivated them. The foundation used the feedback to develop a survey it then sent to all of its donors.

It learned that they were primed to give to when they felt their donation would contribute to Miami’s legacy as a great city, ensure its residents have ample opportunities to succeed, develop the region’s resilience in the face of challenges like climate change and sea-level rise, or promote the creative life of the city.

Don’t put all your eggs in one basket: Hold several events that inspire gifts.

Rather than throwing one huge bash to celebrate the milestone, the Miami Foundation designed four events tailored to the interests of different donors. All donors were invited to attend each event. But it promoted events more heavily for people who had indicated an interest in a particular subject and prospective donors who had given to another nonprofit with a related mission.

Doing so allowed the foundation to spread the fundraising effort over the course of the year. Multiple events also helped maintain momentum, Mandelman says. The string of get-togethers allowed Mandelman and her staff “to connect and engage with donors and prospects in a way that got them excited to give during the year but also deepened the relationship for years to come,” she says.

Throughout the year, the foundation tried to drive home a simple message: It is poised to grow in the future. But it couldn’t ignore its past on such an important anniversary.

To kick things off, the Miami Foundation held a celebratory gala in January. The grant maker shared stories from its past to stress the importance of creating an endowment, the Miami Forever Fund, which it introduced that night — and to celebrate the role nonprofits played in the city’s growth.

At the celebration, which was held at the Alfred I. duPont building, a glamorous Art Deco structure that harkens back to Miami’s early days, the foundation announced new grants to each of its original eight recipients. Each of those nonprofits, Mandelman pointed out, lives on even though the business titans who supported them half a century ago are long gone.

The grant maker wanted to stress its longevity, she says, and emphasize the endowed fund’s ability to take the city well into the future.

Despite donors’ ambivalence, with $1.5 million in an endowment, Mandelman considers the effort a considerable success. Her advice to other foundations looking to do something similar is “to have some champions lined up from the get-go” who can stress to their friends and associates the importance of having an endowment fund that allows a grant maker to be flexible and responsive to future needs.

The duPont building was carefully chosen as a site to celebrate the city’s heritage. The locations of the follow-up events were picked with similar care to highlight three themes: opportunity, resilience, and creativity.

The opportunity event, which took place several months after the opening gala, was held at the University of Miami. The resilience event took place at the New World Center, a concert hall in Miami Beach, an area that is vulnerable to sea-level rise. And the creativity celebration was held in the Adrienne Arsht Center for the Performing Arts.

When surveyed, donors said they wanted to know more about issues facing the city, so the foundation used the resilience and opportunity events to educate and inspire donors.

The foundation brought in experts from the Ford and Rockefeller foundations and local emergency-response agencies to give detailed talks on how philanthropy can support employment, education, transportation planning, and the environment — all aspects of the opportunity and resilience themes the foundation chose. The experts helped explain “resilience,” an effort to make sure regions are well-positioned to sustain emergencies, whether they stem from climate change or poorly designed transportation systems.

“We have donors who say they are interested in this intellectually, but they’ve told us they don’t really get what this is,” she says. “Hearing from thought leaders helped them understand what it means for Miami.”

Engage and shine a spotlight on donors.

At the start of 2017, the foundation set aside $1 million to make “signature” grants in each of its thematic areas. Foundation leaders asked donors and members of the community to nominate nonprofits as potential beneficiaries. At each of the events, the foundation announced a signature grant and highlighted a donor.

At each event, a video played of these donors sharing their “My Miami Story,” which included biographical details and their reasons for giving.

“We wanted the campaign to engage our existing donors, but it had to serve as a marketing tool for everyone else,” Mandelman says. “We were very intentional about showcasing a wide array of donors. We wanted every Miamian to know they have a place in this.”

Harness the power of local media.

In the days before and after each event, the foundation used the media as an “echo chamber” to reinforce the messages shared in person. Using a $100,000 advertising budget, the foundation bought ads on the Miami National Public Radio affiliate and in Indulge, a Miami Herald publication aimed at high-income households.

The foundation shared its plans for the year with the Herald’s editorial board, and the paper followed up with mentions in editorials, feature stories on the anniversary’s signature grants, and several op-eds.

Be ready for anything.

Prepare for the worst, Mandelman says: “There’s going to be unexpected hurdles that occur during a banner year.”

The Miami Foundation intentionally scheduled its resilience event during hurricane season. In fact, it planned it for the anniversary of Hurricane Andrew to highlight the community support that enabled the city to get back on its feet after that storm slammed ashore in 1992.

However, the event was postponed due to Hurricane Irma so the city’s nonprofits and donors could tend to the needs of people in the state and neighbors in the Caribbean. Changing the date put stress on the foundation’s staff, which had less time after the resilience event to prepare for the closing celebration at the arts center.

When preparing for a yearlong series of get-togethers, Mandelman says, it’s important to budget for extra staff hours because everyone on your team will be working hard.

Alex Daniels is a reporter with The Chronicle of Philanthropy.