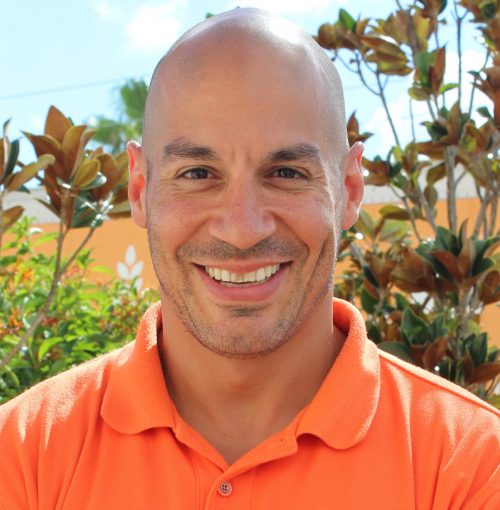 Francisco (“Paco”) Vélez, President & CEO of Feeding South Florida (FSF), leads the organization and fulfillment of its mission to end hunger in South Florida by providing immediate access to nutritious food, leading hunger and poverty advocacy efforts and transforming lives through innovative programming and education. FSF serves more than 25% of Florida’s food insecure population throughout Palm Beach, Broward, Miami-Dade, and Monroe Counties.
As President & CEO, Vélez is responsible for the overall vision of FSF. He is also charged with the administration, management, and leadership of the organization in pursuit of its mission, goals, and objectives.
Since his arrival in 2012, Vélez has increased the number of pounds of food distributed across Palm Beach, Broward, Miami-Dade, and Monroe Counties, from 29 million pounds in 2012 to over 176 million in 2020. He has increased funding and reduced expenses to ensure a healthy financial position for the organization, bringing it from seven figures in the red to eight figures in the black.
South Florida Business Journal named Vélez as Ultimate CEO of 2015 and 2021, as well as a member of the 40 Under 40 Class of 2013 for his accomplishments as CEO of Feeding South Florida.
Prior to joining Feeding South Florida in April 2012, Vélez served as executive vice president of programs and initiatives at the San Antonio Food Bank in San Antonio, Texas, one of the leading food banks in the Feeding America network. Vélez’s responsibilities at the San Antonio Food Bank included oversight of six divisions responsible for all outreach programs and initiatives of the food bank.
Vélez holds a Certification in Non-Profit Management from the University of Texas in San Antonio, Texas, and a Bachelor of Science in Biology from Baylor University in Waco, Texas.
Vélez serves as the President to the Florida Department of Agriculture and Consumer Service’s Living Healthy in Florida Advisory Board.
He also serves on Feeding Florida’s Board of Directors Executive Committee as Vice Chair, while also serving on the board of the Emergency Food and Shelter Program with the United Way of Miami-Dade.
In Texas, Vélez served on the boards of the South Alamo Regional Alliance for the Homeless (Continuum of Care) and Holy Spirit Catholic Church Homeless and Hunger Ministry. Vélez is also a Leadership San Antonio alum of The Greater San Antonio Chamber of Commerce/San Antonio Hispanic Chamber of Commerce.