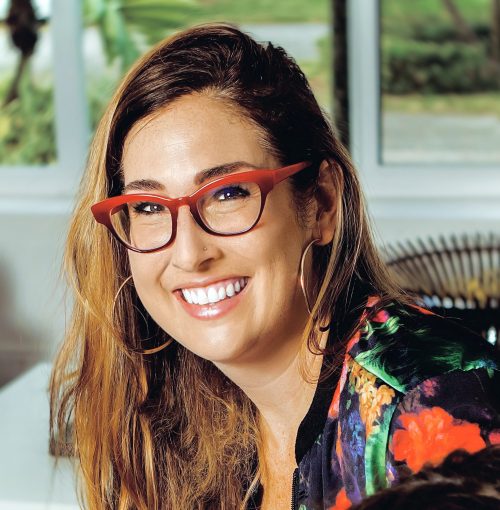 Maxeme “Max” Tuchman is the CEO and Co-Founder of Caribu, an interactive video-calling platform that helps kids have virtual playdates with family and friends when they can’t be physically together. Caribu is one of Apple’s 15 “Best Apps of 2020”, one of TIME Magazine’s Best Inventions, made Fast Company’s list of World Changing Ideas, was named one of the ‘Top Ten EdTech Companies to Watch’ in Forbes, and became one of the most innovative startups in the world by winning the 1776 Global Challenge Cup. Max has been the winner or finalist in 30+ pitch competitions, is the 59th Latina in the US to raise over $1M in venture funding and the first Latinx founder to raise $1M in Equity Crowdfunding. Max has been recognized and honored as one of the Top 100 Female Founders by Inc. Magazine and Entrepreneur Magazine.

Before co-founding Caribu, Max was appointed by President Obama to serve as a senior policy advisor and White House Fellow at the U.S. Department of the Treasury. In this position, she worked on issues of financial inclusion and student loans. Prior to that, Max served as the Executive Director of Teach For America Miami-Dade and was responsible for overseeing daily regional operations for 26 staff members and cultivating over $15M of private and public support in service of over 500 teachers and alumni. Earlier in her career, she served in Mayor Bloomberg’s bullpen where she co-created the NYC Civic Corps and managed The NYC Waterfalls art installation, bringing in $69M of economic impact to the city. Her commitment to educational equity began as a Teach For America corps member, teaching 480 high school students in inner-city Miami, and has led to working on educational innovation projects with organizations such as the Harlem Children’s Zone, DC Public Schools, and the Bill and Melinda Gates Foundation. Max was named a Toyota Mother of Invention by Women In The World and Female Tech Leader of the Year by the Greater Miami Chamber of Commerce. She is a graduate of the Coro Fellowship in Public Affairs, the Miami Fellows Leadership Program, and Babson WIN Lab for Female Founders. Maxeme received her B.A. from New College of Florida and holds an MBA from the Harvard Business School and an MPP from the Harvard Kennedy School of Government.