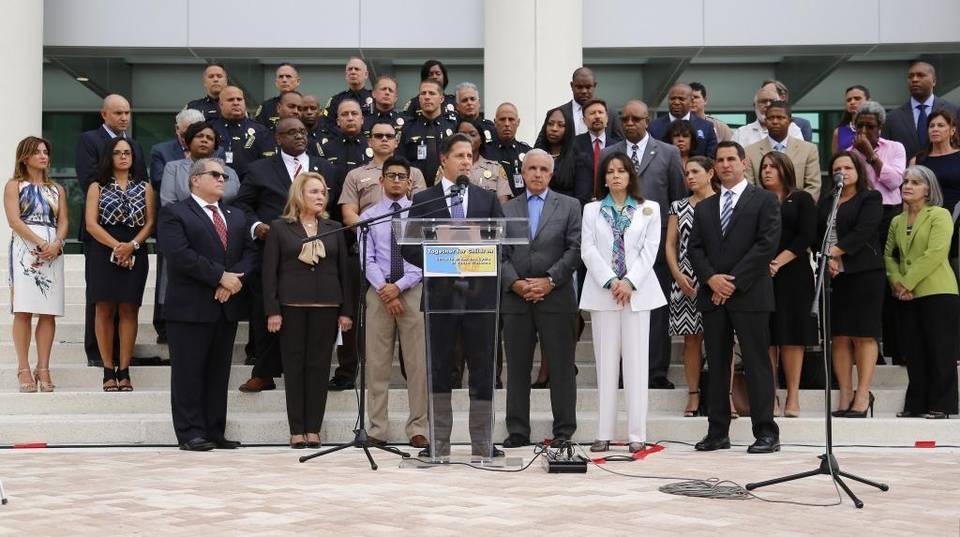 Posted at 14:49h in News by The Miami Foundation 9 Comments
0 Likes
Share

Pictured above: Miami-Dade Superintendent Alberto Carvalho speaks at the Miami-Dade Children’s Court House, where “Together for Children,” a coalition that includes law enforcement, Miami-Dade Schools, nonprofit groups, local politicians, businesses and other stakeholders, announced the compiling of data that would identify 2,000 children that are at-risk of gun violence on Tuesday, Sept. 6, 2016. Photo courtesy of The Miami Herald.

More than a dozen entities from government, business, education, law enforcement, judicial and fundraising organizations have joined forces as Together For Children. The coalition came together to align, provide leverage and expand resources and care coordination infrastructure, taking the first step to tackle root causes of youth violence.

The coalition has identified the following causes of youth violence: 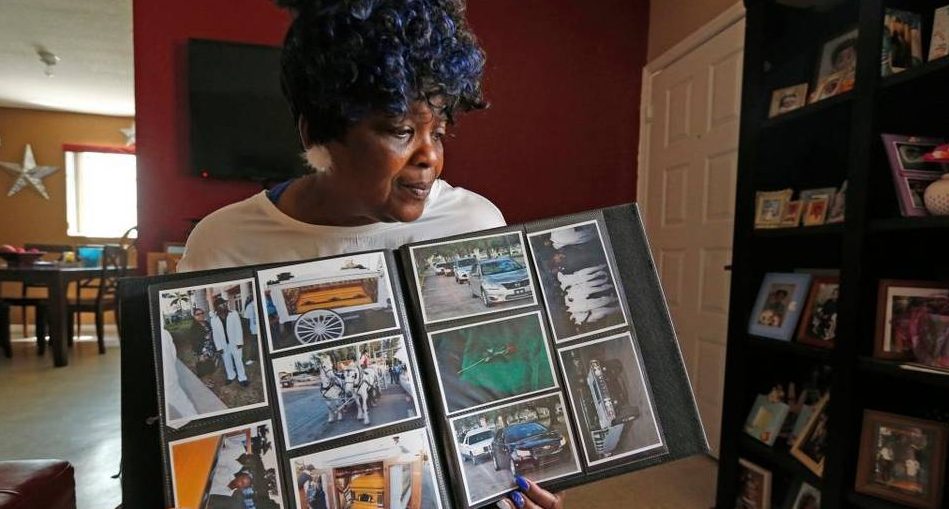 Dorthy Ruffin holds the scrapbook from her grandson’s funeral, which reflected the child’s interests and passions, on April 11, 2016. Her grandson, Marlon Eason 10, was killed by a stray bullet on his porch in Overtown. Photo courtesy of The Miami Herald.

Next, Together For Children will identify the most vulnerable young people in our community, using risk factors associated with youth violence, including:

Infants, Toddlers and Preschoolers living in high-risk neighborhoods and in need of high-quality early learning programs. FACT: 1 in 3 young children in Miami-Dade arrive at kindergarten already behind their peers and not prepared to succeed in school.

Re-entry youth who previously committed infractions leading to arrest and are vulnerable to youth violence, both as victims and perpetrators. FACT: During the 2015-2016 school year, the “One Stop” center served approximately 60% of repeat youth offenders who were referred by the Juvenile Justice Center School.”

Once vulnerable youth have been identified, they will be referred to an innovative comprehensive care coordination infrastructure with holistic, research-based interventions that will now be expanded to serve more children, such as:

An essential component of Together For Children is the community. The coalition will hold three community meetings this month to invite parents and the general public to participate in developing community-driven solutions. The meetings are scheduled as follows:

Only together, can we create a neighborhood action plan that unites us all and leads to specific, actionable steps to address the root causes of youth violence.