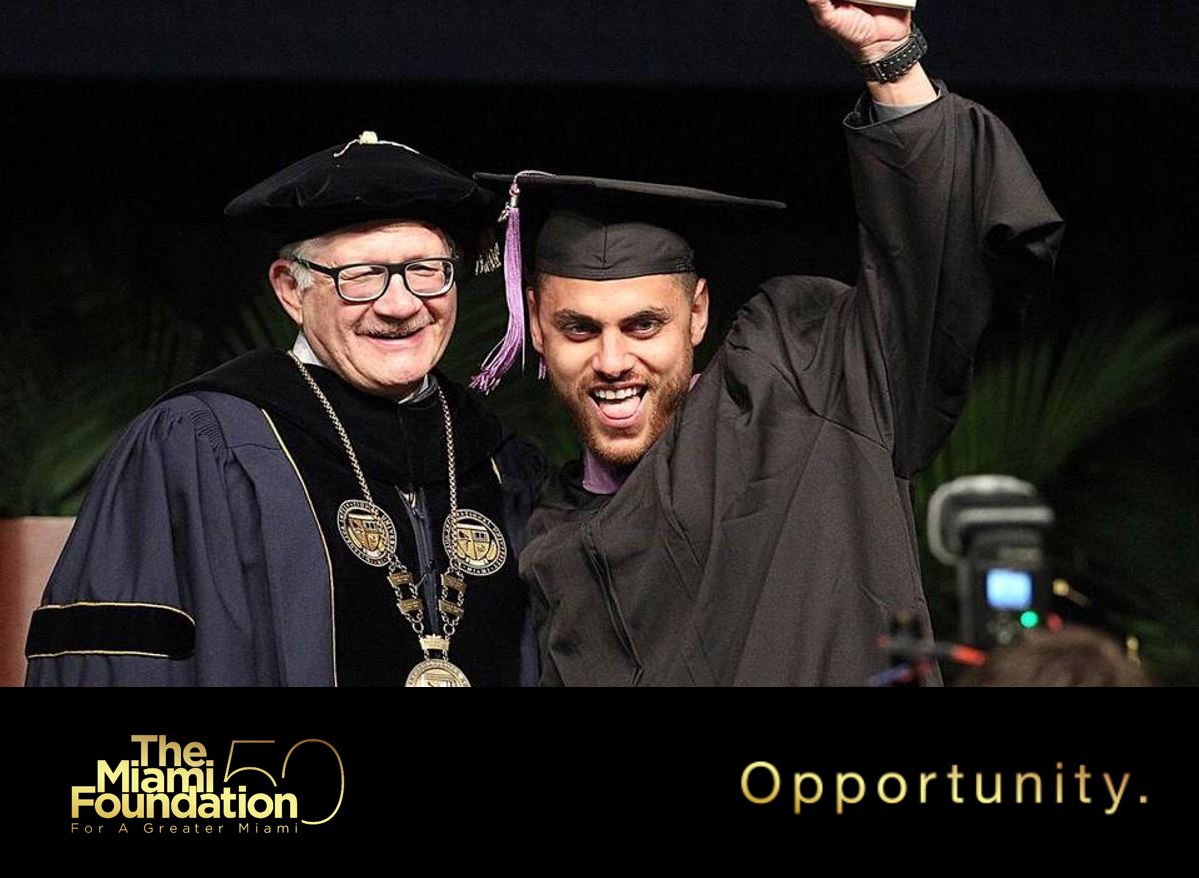 Posted at 16:10h in Blog by Mark B. Rosenberg 0 Comments
Share

Miami is at an inflection point.

With more than 5.8 million residents and an economic output of more than $300 billion, our regional economy is one of the largest in the world. We now number among the world’s 25 most important cities. We have diversified our economy and become more creative and idea-based. But our region is also suffering from the same divides that are vexing other big cities around the world.

The gap between rich and poor has widened and the ability of residents to achieve the American Dream has declined. As highlighted in the Our Miami Report, access to quality education is critical for preparing our children and young adults to be successful contributors to society and, in turn, is integral for our region’s prosperity and growth.

Education is a powerful force for good and change in our community, state, nation and world. It is a key that opens many doors, empowering people from all socioeconomic statuses to discover broader perspectives, cooperate, compromise and find common ground. It encourages the types of innovation and ideas that transform lives and our society. It inspires us to dream, hope and work toward a better future.

In Miami, we are a work in progress.

From 2009 to 2011, Miami high school graduates were less likely than their counterparts in the rest of the state to pursue college. Today, they are more likely. High school graduation rates in Miami-Dade are drastically increasing, hitting an all-time high of more than 80 percent for the 2015-2016 school year.

We also have areas where we need to improve:

Miami-Dade still trails behind other U.S. cities such as New York, Chicago, San Diego and Houston in terms of the number of residents ages 25-64 who have bachelor’s degrees and 14 percent of that population never received a high school diploma.

On a per capita basis, colleges and universities in Miami-Dade County award fewer post-secondary degrees in science, technology, engineering and math (STEM) than the U.S. average and most comparable regions. In 2013, we awarded 21.3 degrees per 10,000 residents, while cities like New York and San Diego awarded 61 and 31, respectively. As a community, we are working on this.

For Miami to continue on its upward trajectory into becoming the next great global city, it is on our entire community to analyze and identify the issues that may cut that journey short – and implement solutions that will boost our growth and economy.

Fortunately, we already have the answer.

Now more than ever, education plays a critical role in our community’s — and nation’s ­— future, and Greater Miami should make providing access to education a priority. Today’s talent can determine the financial stability and business growth of our region.

Through collaborations, such as The Education Effect, a partnership between Florida International University and Miami-Dade County Public Schools, we provide access to higher education to all students across our county, and have implemented programs that work on college readiness and high school graduation rates. Many local colleges have also made STEM a priority.

Education should not be an obstacle or stumbling block that gets in the way. We must measure our success by inclusion. Our students are our future leaders, entrepreneurs, business owners, researchers, health care professionals, artists, storytellers and journalists. We must leverage disruptive technologies to help us reimagine education’s rich value proposition for students and our community.

But we can’t do it alone.

Miamians must come together to commit and make education a stepping-stone. We must set every student on a path to success. Every student deserves that opportunity, and it is on our entire community to make that a priority.

Mark B. Rosenberg is president of Florida International University.