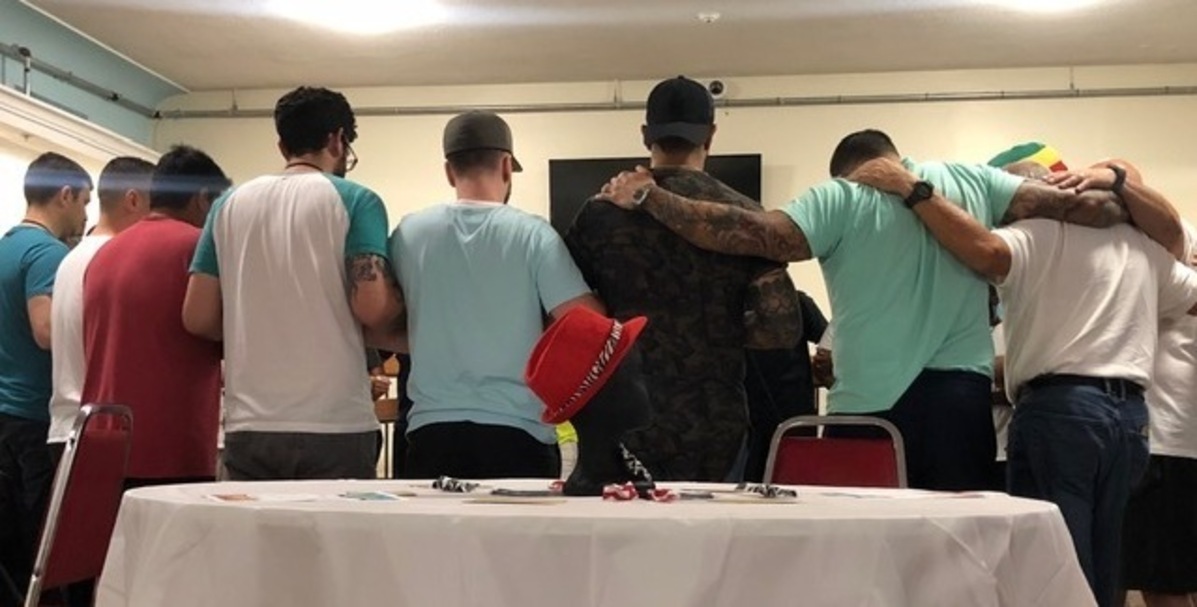 Posted at 21:35h in Blog by Jessica Rodriguez 5 Comments
Share

Editor’s Note: The State Attorney’s Fund for a Safer and Healthier Community aims to reduce substance abuse and impaired driving in Greater Miami. The Fund, created in partnership with the Miami-Dade Office of the State Attorney, supports services, prevention education and training activities. The 2019 grant cycle is open through August 16th. All 501(c)3 organizations serving Miami-Dade County may apply. Learn how Riverside House, a two-time recipient, used its Safer and Healthier Community grant to expand services, open a satellite location and start a support group for ex-offenders recovering from drug and alcohol use.

Patrick Mansell, 72, served nearly four years in prison before arriving at Riverside House, a nonprofit in Miami-Dade that guides ex-offenders who want to maintain sobriety through re-entry into the real world.

“After almost four years in prison, I didn’t know how to behave in public. I had no place to go. I was not ready to be released from prison. Riverside House gave me a place to stay and ended up being an important part of my transition back into life,” Patrick said.

Over the past four decades, Riverside House, a 2018 grantee of the State Attorney’s Fund for a Safer and Healthier Community – which funds programs that treat substance abuse – has worked with people like Patrick who are returning from prison and rebuilding their lives. The nonprofit runs a residential program that emphasizes life skills, substance abuse counseling, job search and placement, and family reunification. Alumni may continue to access counseling and support groups to help them stay on track. Grant support has also helped the organization build out more programming for individuals struggling with sobriety, which research shows plays a role in keeping them off drugs, out of prison and employed.

For Patrick, Riverside House was a gamechanger: “Riverside connected me with healthcare, housing and job training. There are all kinds of people who come into the program from prison. Some are well-prepared to leave and some are not. Riverside provides for those needs that a person coming out of prison requires to re-enter society.”

Video: Hear more from Patrick and his experience at Riverside House in this video.

Riverside House officially opened its doors as a halfway house in 1973 through a collaboration between the Riverside United Methodist Church and the Dade County Correction and Rehabilitation Department. Today, its three-building campus, located in Miami’s Little Havana neighborhood, can house up to 120 men and women.

The nonprofit used its Safer and Healthier Community 2017 and 2018 grants to expand its services, reaching upwards of 300 people. This included opening a satellite location at Brownsville Church of Christ and creating a support group for individuals who have been incarcerated and/or have substance use problems. They also launched a resource guide app to help ex-offenders navigate the often-complex re-entry process move forward.

“Mental health services and support from the community has the greatest impact on former inmates committing to their new lives,” said Kristin Braun, Riverside House’s initial counselor supported by the grant. “Human connection is important in recovery. People often think that they are alone in their experiences, thoughts or feelings, and feel stigmatized and misunderstood. But, when a group of people comes together and begins to share, the reality is that everyone has more similarities than differences.”

Riverside’s support group at Brownsville is thriving, and people like Chris Felton, a recovering alcoholic, continue to get support and care. “I started drinking and doing drugs when I was a teenager. I’ve been part of the support group for a few months now, and it has been helpful in my recovery. It came during a time when I was struggling with staying clean. It’s helped me learn new strategies and how to say ‘no’ to temptation and live a sober lifestyle,” Chris said.

Next, Riverside House hopes to open another satellite location in South Dade, and plans are in the works to get the resource app into the hands of the people who need it most.

If you’re interested in getting involved, Riverside House is looking for volunteers to help within its spiritual development program and with special events. Learn more about opportunities and sign up for a tour.

With LEAP, I found new life after prison