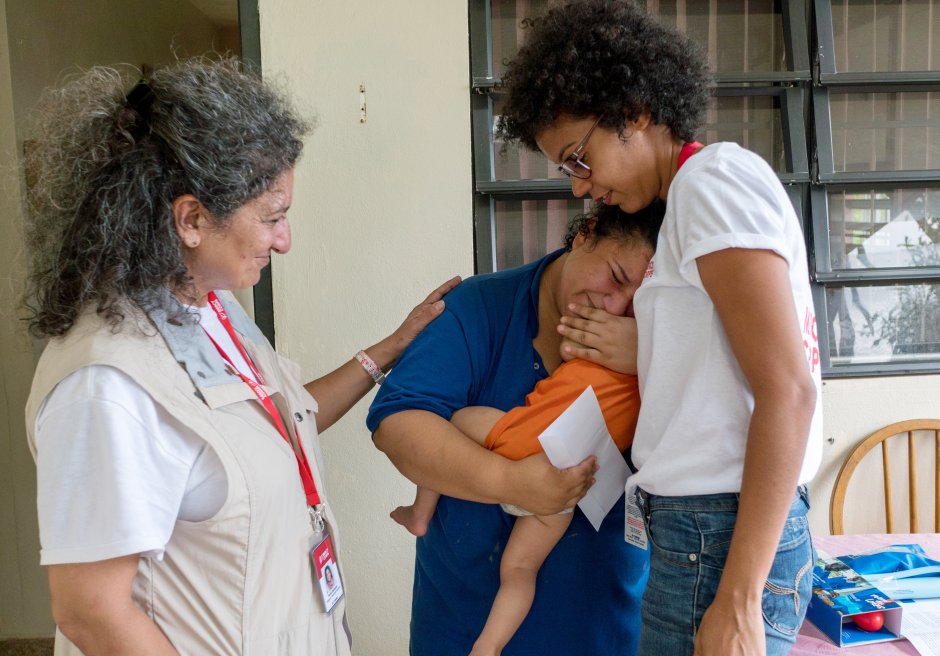 16 May PUERTO RICO, STILL IN HURRICANE RECOVERY, FOCUSES ON RESILIENCE

Posted at 09:00h in Blog by Betty Cortina-Weiss 0 Comments
Share

In the days after Hurricane Maria swept through Puerto Rico, leaving the island crippled and in the dark, San Juan-native Karla Peña, faced her own bleak reality. “My husband lost his job. The nonprofit pet rescue I ran was essentially out of business. And our Airbnb, which we counted on for money to live, obviously shut down,” she recalls. “I needed a job, and fast.”

Like thousands of her fellow compatriots, Karla went through hardships she had never before imagined: living for weeks without power, standing in eight-hour lines in sweltering heat to buy gas, and trying to shop in supermarkets filled with the stench of rotting food. But every afternoon, thanks to a small generator in her six-story San Juan apartment building, she could connect to the internet for a few minutes at a time and scour job sites. Then, one day, she stumbled on a posting that would change her life. The global nonprofit Mercy Corps was looking for an on-the-ground program manager who knew the community well and was willing to do the hard work of helping organize the organization’s local emergency relief and recovery efforts. Karla wrote the cover letter of her life and immediately applied. She prayed for the opportunity to come through, not only because it was a job, but it was the chance of a lifetime to help her country in its most urgent hour of need.

A few days later, Karla got the job and, today, serves as Mercy Corp’s emergency program manager, based in her beloved Puerto Rico. She’s now overseeing a heroic effort to drive long-term recovery and resilience across the island. Part of the plan includes building a disaster warning and preparedness infrastructure and creating a mechanism to support the thousands of smallholder farmers severely impacted by Maria. “This has been such a great experience because I feel like I am doing my part,” Karla said. “I am in a place where I can give hope to my community, and am working with a team of people truly committed to supporting the people and communities of Puerto Rico.”

Last year’s hurricane season was a punishing one for Puerto Rico. First, it got skirted by Hurricane Irma, a huge Category 5 storm whose eye passed just north of the island, plunging 1 million people into darkness. Then, two weeks later, Hurricane Maria, a powerful Category 4 cyclone, made direct landfall. This time, the storm – the worst to hit in more than 80 years – left the entire island and all its 3.4 million residents without power, with virtually no access to clean water, food or gas and with an estimated $94 billion in damages. Though 200,000 Puerto Ricans fled and resettled in the continental United States, thousands more were left without homes, and entire communities were wiped out. The official death toll is reported to be 64, but more recent analysis indicates that number may be closer to 1,000.

Eight months later, lack of reliable electricity, communications and running water remain persistent challenges, especially in rural areas. Just last month, an island-wide power outage left everyone in the dark, again. The storm also disproportionately affected Puerto Rico’s poorest residents, many of whom live in the island’s interior, hard-to-reach mountainous regions and who have fewer resources to help them prepare, recover and rebuild. Above all, local activists and organizers are concerned the island’s infrastructure is not ready for new storm-related threats.

Yet, despite these unthinkable challenges, people are coming together in tireless and inspired efforts to help their neighbors and their communities, Karla said. While addressing immediate needs, Mercy Corps has also been working with local partners, to arm community centers – important gathering points where people seek shelter, receive aid and participate in events – with the tools and support they need. Now, with funding from Walmart and the Walmart Puerto Rico Relief Fund administered by The Miami Foundation, Mercy Corps is transforming 15 of these centers into “resilience hubs,” an important step toward laying the groundwork for Puerto Rico’s future preparation and recovery.

Five of the 15 locations have already been identified. The first of the centers, in Humacao on the island’s hard-hit southeastern coast, is already up and running and servicing some 8,300 families out of a building that usually operates as an alternative high school. For the rest, Karla and her Mercy Corps colleagues are doing the tedious logistical work it takes to get these centers going, including hiring agronomists to work with local farmers and electrical engineers to make sure sites are adequately powered, and developing a curriculum for the organizers and volunteers who would run the centers should another disaster come their way.

The ultimate plan? For these hubs to provide energy and water where most needed, offer support to farmers who’ve lost livelihoods to the storm, and help families become more resilient and better prepared to face the storms of tomorrow. “The resilience hubs will help people today,” Karla said, “while connecting them to the resources they need in case of future disasters.”