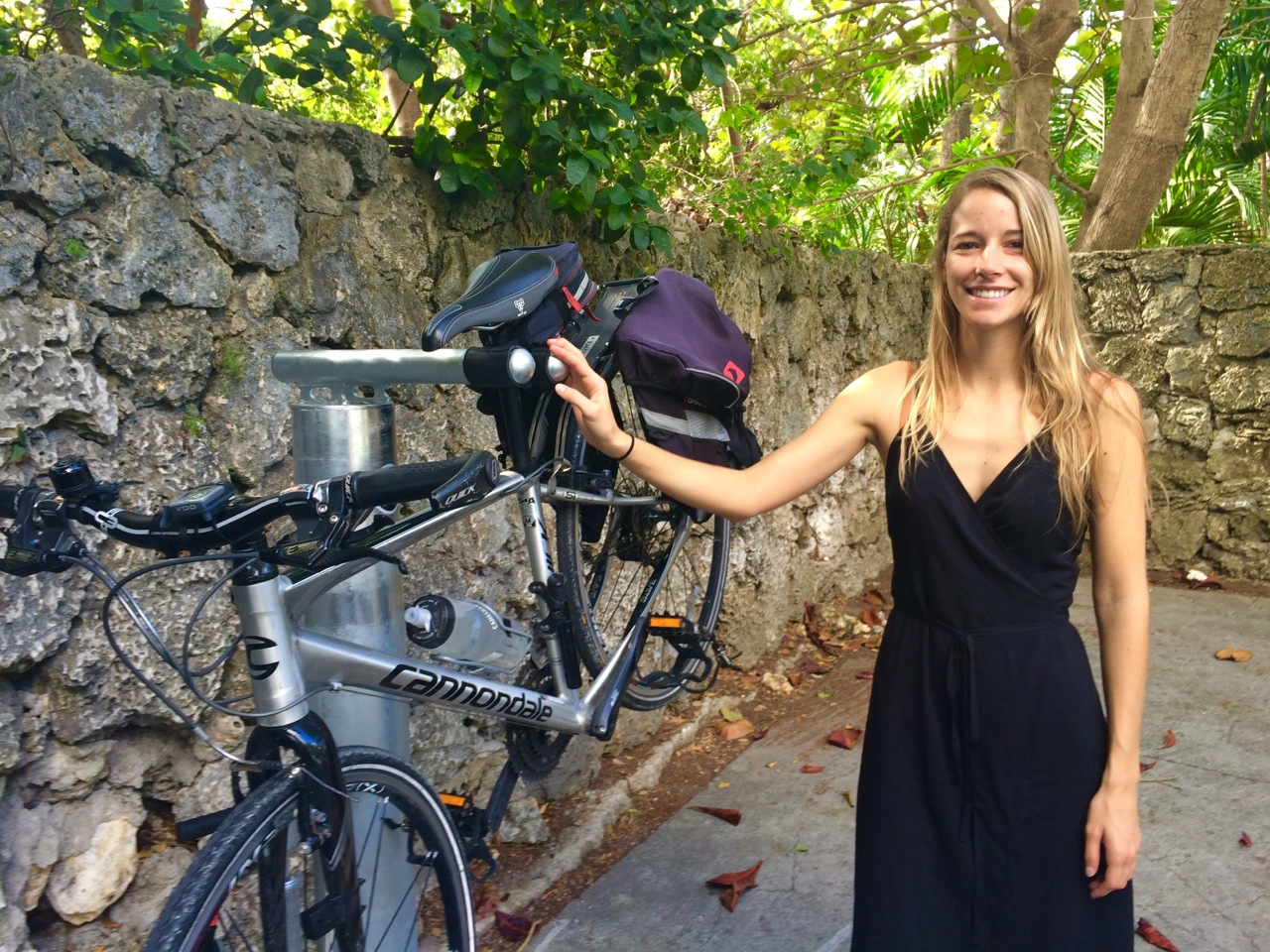 Posted at 15:17h in Blog by The Miami Foundation 12 Comments
Share

A quick Twitter search of #bike305 is all it takes to see the thriving local bike scene that has taken root in Miami. As the number of biking enthusiasts shot up, Malone Matson wanted to do her part to encourage the growing trend.

Malone won a Public Space Challenge grant from The Miami Foundation to place bike repair stations around the city. With $5,500 in hand, she installed the first beneath the Metrorail in South Miami. The second and third are now located outside Wynwood’sPanther Coffee and on the southern edge of Coconut Grove.

Each one has a set of tools inside for making repairs or pumping a flat tire. A QR code leads to a website with more information.

After moving back to Miami from New York City, Malone was struck by car-centered South Florida.

“There are so many consequences to that on health, the economy and the environment. At the same time, I saw a desire for more walkability and bikeability,” Malone said. “We certainly have the weather for it.”

A landscape architecture student at Florida International University, Malone got the idea when she saw a similar station in Louisville. She had never applied for a grant before, but said she found the Public Space Challenge process simple. Applicants just have to answer two questions, and place their idea on a map at ideas.ourmiami.org.

“The Public Space Challenge seemed very inviting to nonprofessionals. That was a big part of it; anyone with an idea could apply.  There was nothing to lose.”

The Challenge is open for submissions through April 1. Submit your idea and share your thoughts on other ideas at ideas.ourmiami.org.