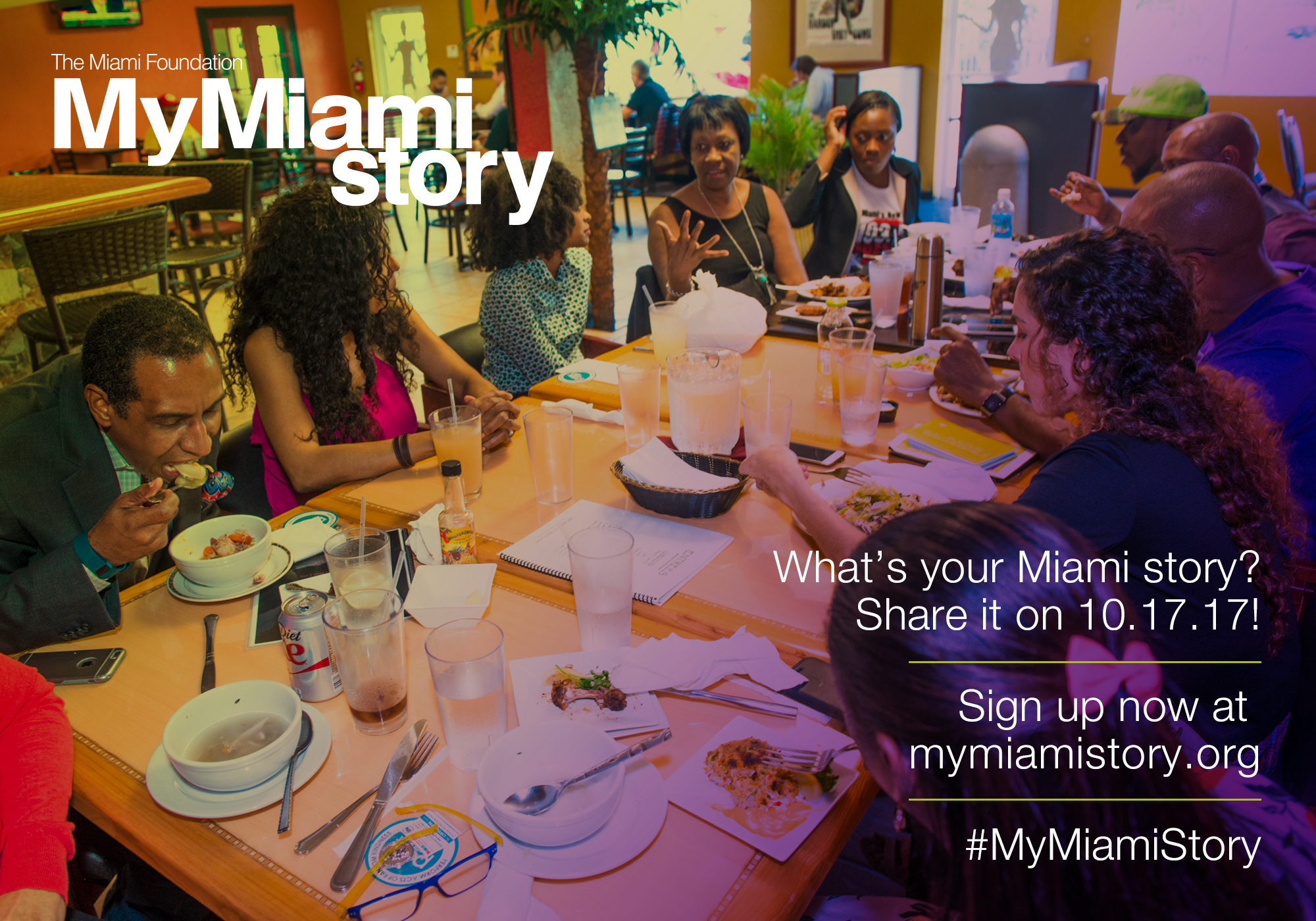 Posted at 19:50h in Blog by Marika Lynch 4 Comments
Share

On October 17th, thousands of Miami-Dade residents will gather in small groups to talk about life in Greater Miami and ideas to make it better during My Miami Story conversations. Hundreds of hosts have signed up. We checked in with a few about the plans for their gatherings and why they decided to participate.

There’s still time to host your own conversation or attend one that’s open to all local residents. Sign up at MyMiamiStory.org. 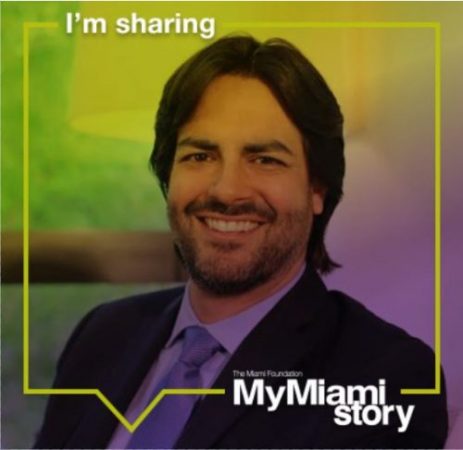 We need to be talking about the resource crisis in local journalism. News organizations are shrinking here and all around the country. What would happen, for example, if we lost our major daily newspaper?

As someone who grew up reading the Miami Herald, I’ve seen its value and the importance it has in this city. It doesn’t matter whether I’m in complete agreement with the reporting or am infuriated by it. Our local, daily newspaper has an essential role to play in spotlighting issues that even engaged citizens don’t have the chance to learn about or discover. I don’t want to live in a city where we don’t have a dedicated and independent free press that can report on what’s going on.

For My Miami Story, I’m getting together media and civic leaders to talk about what we can do to ensure Miami always has a thriving daily newspaper as our community watchdog.

I know what DACA is and you probably do, too. I also know who DREAMers are. I support a path to citizenship for them. What I don’t know are how they feel, what their plans are and how I can help.

I’ve invited a group of DREAMers to have dinner. I want to hear their stories. My hope is to find a way that I can help. 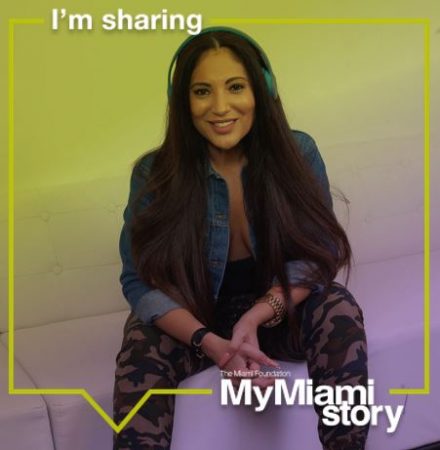 Kimmy (B.) Bell, host of the afternoon drive and community affairs liaison at Hits 97.3 FM

For my My Miami Story conversation, I want to talk about bringing more creativity back to education. Schools and after care are where kids spend the majority of their time as young people. What can we do to maximize their potential in those spaces? How can we inspire kids to shoot for the stars? When I went to school, we had art programs, theater and chorus. Plus, I came from a family that encouraged me to try anything and never limited my potential. That is the greatest gift I got as a child.

I want to bring together leaders of local nonprofits who provide music and spoken word poetry programs, and local teachers who can talk about working within the constraints of what the state mandates for them to do. I hope we can start a dialogue on how we can work together and see what’s possible.

My Miami story is one that is still being written. I’ve been a Broward resident most of my life and it is our work here at the Jason Taylor Foundation over the past 13 years that bridges the gap. From our longstanding relationship with the Holtz Children’s Hospital, to providing scholarships and mentorship for Miami-Dade students through Take Stock in Children, to the amazing young poets we are inspired by from schools like Miami Norland, Northwestern, Homestead Senior High School and others, I continue to learn each and every day about Miami, its landscape, its culture and the incredible youth who will continue to impact the city for years to come.

On October 17th, I hope we focus on the young voices who represent the city. The uniqueness of these voices, the stories they can tell, and their thoughts on how we can connect more of them are all critically important to building and strengthening our community. 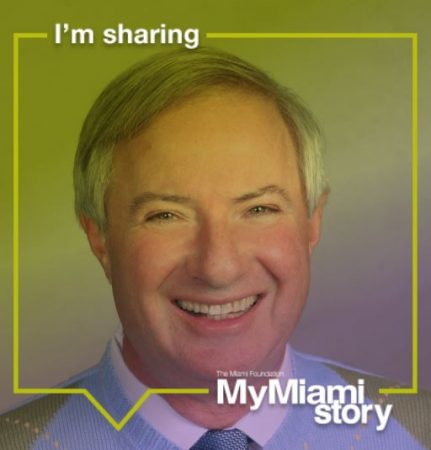 Here in Greater Miami, we are a patchwork of different ethnicities, nationalities, language preferences, religious beliefs and political philosophies. Together we comprise a dynamic society which will either fail if our sociological differences are allowed to tear us apart, or, hopefully, aided by projects such as My Miami Story, will succeed in becoming a great multi-cultural community, an example for the rest of the nation to emulate.

Last year, our My Miami Story conversation group brought together a diverse group of persons committed to finding commonality of purpose and principal. Our sessions included Anglos, Hispanics, persons born in the U.S. and others born in Cuba. The ages ranged from Generations X and Y to War Babies and Baby Boomers from the 1940s. It included Republicans and Democrats, conservatives and liberals. There were lawyers, elected public officials, business owners, an ordained minister and a nonprofit executive.

The discussions were amazingly stimulating as participants shared their life stories and why they felt a common bond with their fellow group members despite the differences in their heritage, educational background and political philosophy. Our biggest disappointment was that the sessions ended without a shared result with other such groups. Maybe, we’ll reach that outcome someday – the sooner the better.

Miami is home. I grew up in Miami Gardens after coming here from the Caribbean when I was two years old. I graduated high school in North Miami and spent time organizing during President Obama’s 2012 election, helping people learn about the Affordable Care Act. I tried to leave Miami but ended back at FIU to finish my studies while working full time in the technology sector.

I see a future where Miami’s tech ecosystem is growing and providing opportunities for more young people, especially folks like me, who come from places like Miami Gardens. I also hope we use the innovation ecosystem to address big problems like sea-level rise, health technology and more. This is my Miami story, and I’ll be sharing it on October 17th.

Marika Lynch is a Miami-based writer and communications consultant for foundations and nonprofits, and is hosting a My Miami Story conversation.