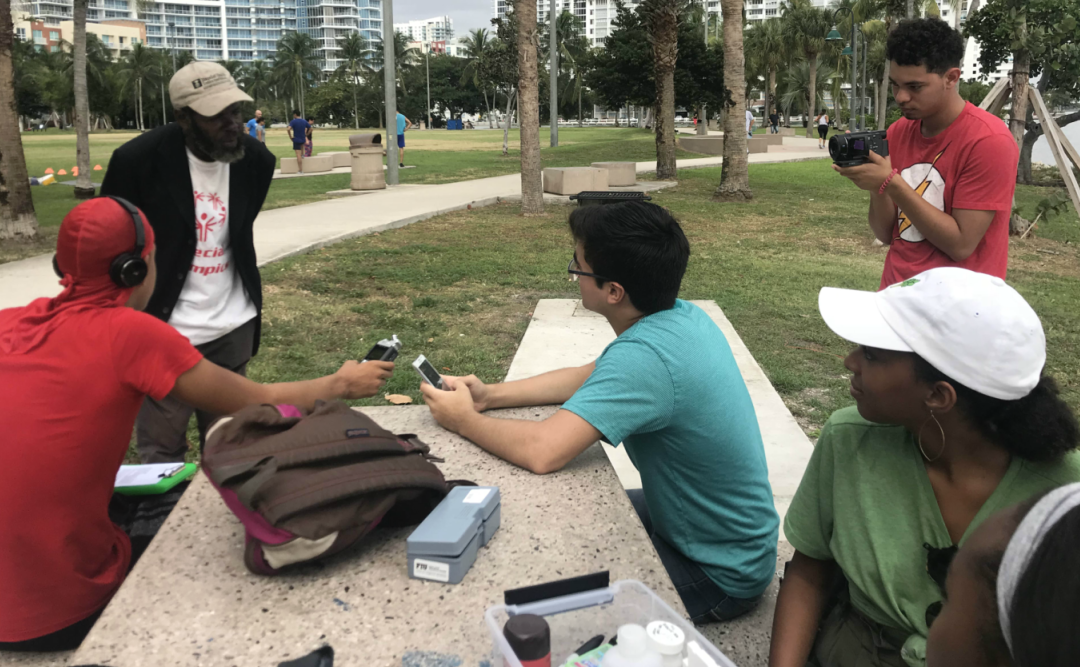 Posted at 10:02h in Blog by Marissa Conrad 5 Comments
Share

“We’re entering it in seven different film festivals,” says Fernando Bretos, the former director of marine conservation at the Phillip and Patricia Frost Museum of Science, about a 30-minute documentary made by nine Miami-Dade high school students.

The film, “Climate 305,” is a heavily reported and highly personal look at the effects of climate gentrification in Greater Miami by youth who are living it. Through the Frost Science museum’s Upward Bound Math and Science program, teenagers Jovelynn, Fabiola, Sasha, Chris, Donald, Laurie, Ian and Nathan, the movie’s narrator, took after-school classes at the museum to learn more about climate change. They also completed Catalyst Miami’s climate resilience education and leadership program and devoted Saturday mornings to video-production classes.

Video: Hear from students who created the film “Climate 305.”

The project grew out of a smaller one. In 2013, Miami-native Danni Washington, a marine biologist who hosts Fox show “Xploration: Nature Knows Best,” helped Upward Bound students film public service announcements about environmental issues, including water conservation. For the next two years, students in the program made similar 90-second videos, interviewing scientists and cutting tape with the help of pro filmmakers.

Fernando, who also directs a shoreline-habitat-restoration program called MUVE (Museum Volunteers for the Environment), loved it—and wanted to hear more from these talented teens. He applied for funding from The Miami Foundation and NBC Universal and opened an application to students. The nine students selected had the freedom to explore climate change from their perspective as Miamians. In the film, students interview professors, elected officials, Miami Beach residents who tell stories of their homes flooding during recent storms, and residents on higher ground who are seeing the effects of climate gentrification.

“Our community, Liberty City, is more sought after now because of the sea level rising, and people are looking for higher ground,” says Paulette Richards, a community organizer, in the film. “The other day, I went with my friend to go and pick up a wedding dress. I was playing with my great-granddaughter in the vehicle and had my head down, and when I held my head up, I had no idea where I was. I had to look at the street number to know where I was because the whole area has totally changed.”

These interviews mix with snippets of the students’ high-school lives, including chatter about a big event coming up in their lives: senior prom.

“To many, Miami is just a vacation spot. But to us, Miami is our home,” Nathan concludes in the film. “Everyone has their own unique personality shaped by the culture of the area they grew up in. These cultures make up the Miami we are fighting to protect.”