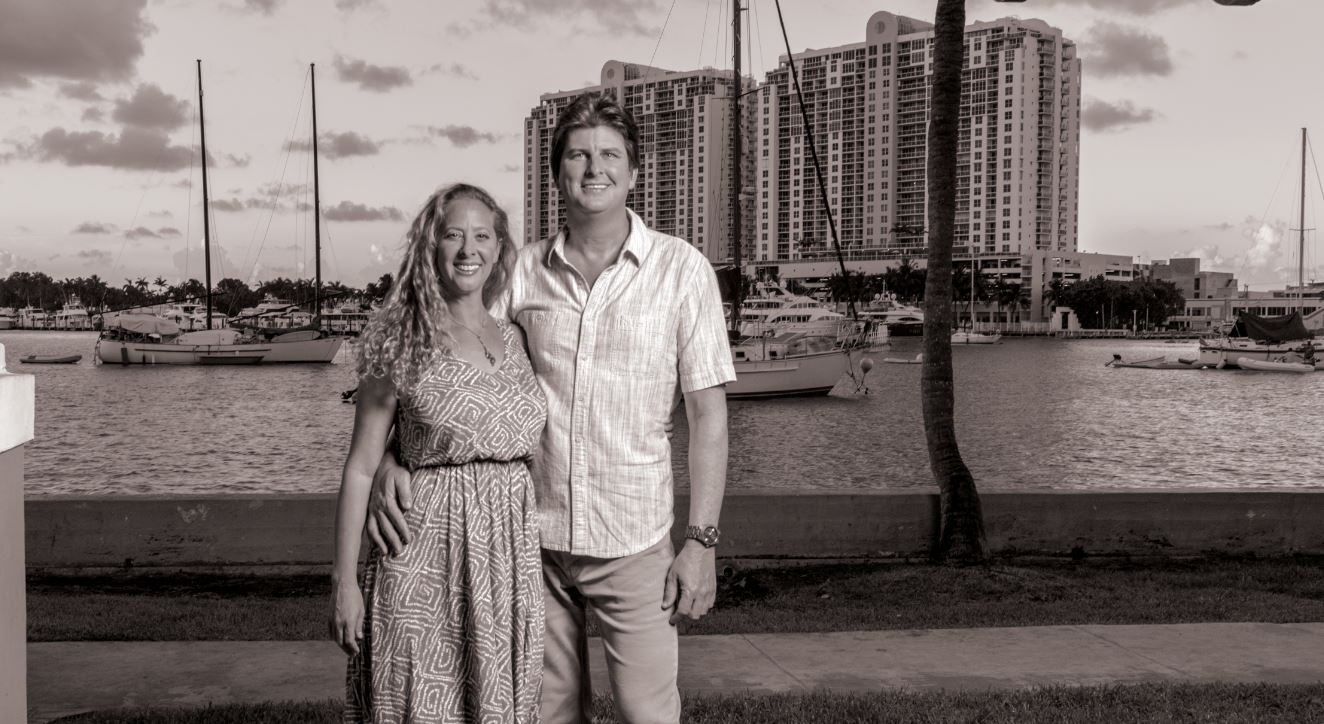 Posted at 21:46h in Blog by Jessica Rodriguez 9 Comments
Share

An avid kayaker, Dave Doebler was out paddling in Biscayne Bay one day when he saw trash floating in the water. He instinctively picked it up to toss when he returned to shore. The following week, he did it again. Then, he did it again. “Once you see pollution, you can’t un-see it,” says Dave, a Miami native.

On his weekly outings, Dave would pick up 25 to 30 pounds of trash, mainly plastic bottles, Styrofoam cups and cigarette butts. Eventually, he began to document his findings and share it with city officials in the hopes of engaging them on the issue of Miami’s polluted waterways issue.

What began as an eight-week long research project evolved into a shared passion for him and his partner, Dara Schoenwald. The pair attended massive beach cleanups and led their own at the annual International Coastal Cleanup Day. In just one day, volunteers removed 17,500 pounds of marine debris from our local coastlines. After meeting other folks like them who were organizing impromptu clean-ups with friends, Dara and Dave decided to create a platform that would make it easier for volunteers to connect. Together, they launched VolunteerCleanUp.org. The group has since picked up nearly 117,000 pounds of debris.

“Now that environmental issues have become my priority, Miami is naturally a critical focal point. We have so much at stake to protect and preserve,” says Dara, who views the cleanups as a catalyst for changing people’s beliefs and behaviors. “The first-hand experience of participating in a shoreline cleanup is a powerful way to raise awareness about our marine debris problem and encourage people to reduce their reliance on single-use plastics to be part of the solution.”

Dara came up with her own solution to the plastic bottle situation – refillable water bottle stations. She entered her idea into the Public Space Challenge and won a grant to install a new water fountain for refilling bottles at Margaret Pace Park. “The Public Space Challenge gives everyday people a chance to make an impact in their community; not only having an idea but the belief you can make that idea a reality,” Dara says. She’s proof of that. That simple idea has morphed into a bigger project: a partnership with Woosh Water, which launched earlier this year with 25 hydration stations on Miami Beach.

Ultimately, Dara and Dave hope their efforts give people a point of entry to change their city and the world around them. “Pick a cause, any cause and do something about it,” Dara says. “Miami as a society is stronger, more adaptable and better prepared to deal with adversity when we all devote just a little time and energy toward making this a better place. At some point, your passion and the passions of others will overlap and create a larger, stronger fabric. In this way, every person has it within them to create a radical and positive change throughout the entire community.”

You may also like:
Your Challenge: One simple idea to transform a public space