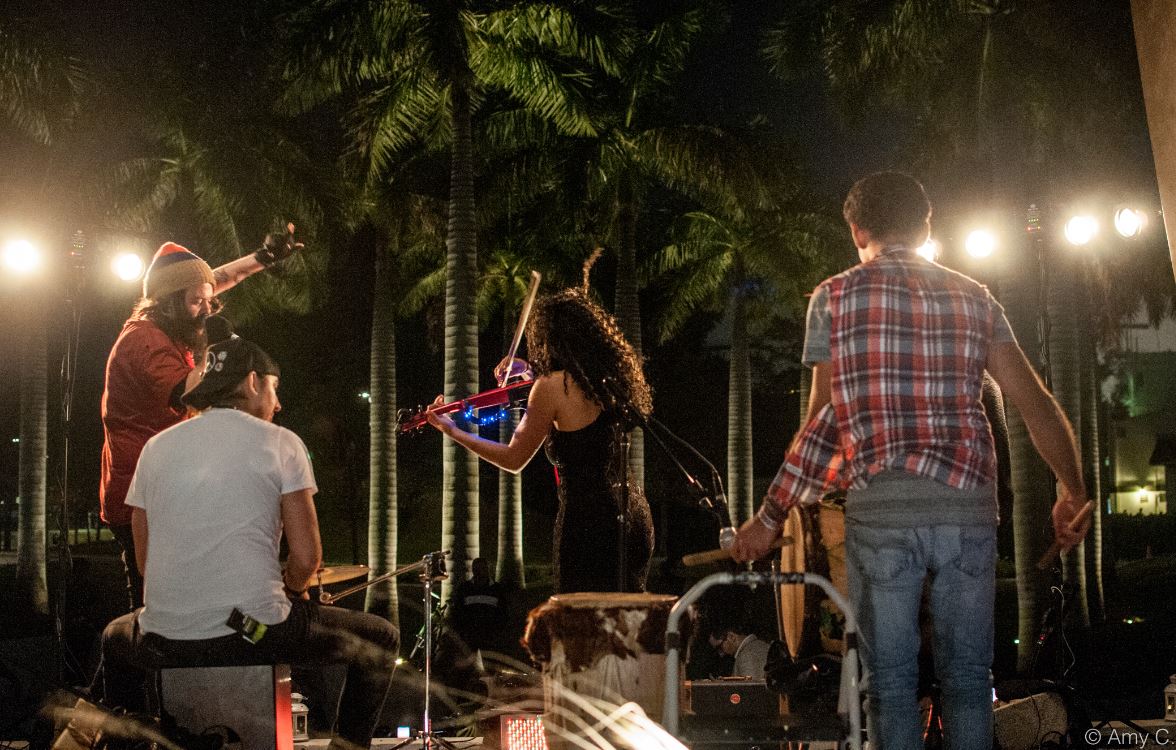 Posted at 21:29h in Blog by Justin Trieger 6 Comments
Share

CULTRA is a 2016 Public Space Challenge winner. After a few tries at applying to the Challenge, Buskerfest Miami won in 2016 for CULTRA, a series of five roving, open mic performances in downtown Miami’s parks. See how they set about figuring out logistics and forged the right partnerships to make it happen.

CULTRA, a light-hearted jab at everyone’s favorite downtown Miami electronic music festival, came about in collaboration with Emerge Miami, a group of young Miamians dedicated to empowering citizen-led projects. Our goal was to bring new audiences to our world-class green spaces on the bay and, in doing so, provide a platform for local artists while demonstrating a non-traditional use of the parks. These big, beautiful green spaces beg for activity and not just frisbee tossing and soccer games. They are downtown Miami’s front yard – our front yard – and full of potential. From January to May, CULTRA brought a roving, outdoor open mic to a different park on the third-Thursday of each month. Dozens of local musicians, spoken word artists, acrobats, theatrical groups and comedians performed during the series run.

Every spring, when the Public Space Challenge rolls around, the Buskerfest Miami team makes it a point to submit ideas and help spread the opportunity as widely as possible. It’s a rare chance where everyone from individuals to institutions is invited to dream big about what “public space” means and what it can become. In past years, we had two ideas reach the finalist round: one to augment other Challenge-winning projects with local performers from our network, and another to create solar-powered mini-stages in Museum Park to inspire spontaneous performances. Trying out different ideas is what the Challenge is all about and, I have to say, I’m thrilled that those concepts didn’t make the cut. While they had potential, CULTRA proved hugely impactful for our organization and the communities we aim to reach.

The first step was to book the spaces. We have a great relationship with the folks at the Bayfront Park Management Trust who oversee Bayfront and Museum Parks. Securing those spaces was straightforward. Parcel B, however, proved more challenging. It’s a little strip of land behind the AA Arena managed by the county and currently undergoing construction to convert it to a greenspace. The dates didn’t line up for CULTRA, but thanks to the Omni CRA, a new park was created for us (at least that’s our story!). Omni Park is a seven-acre green space adjacent I-395 complete with a modular performance stage and run by a team willing to host community events. Done deal.

After some necessary administrative work securing event insurance and equipment, we set out to find collaborators. We are not open mic producers, but thankfully Artistic Vibes, Words and Wine, The Imperial and Front Yard Theatre Collective are, and they each contributed expertise and sweat in producing the five CULTRA events. In all, we presented more than 60 artists and had a regular attendance of around 100 people at each show. We even got to produce a CULTRA on the Miami Science Barge. An open mic on a barge … how cool is that?! 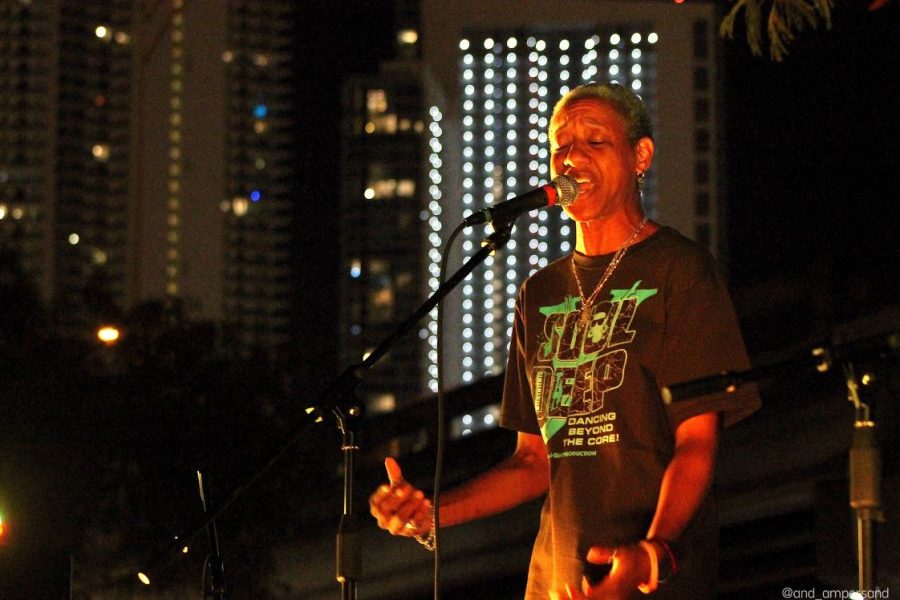 What have we learned in this process? 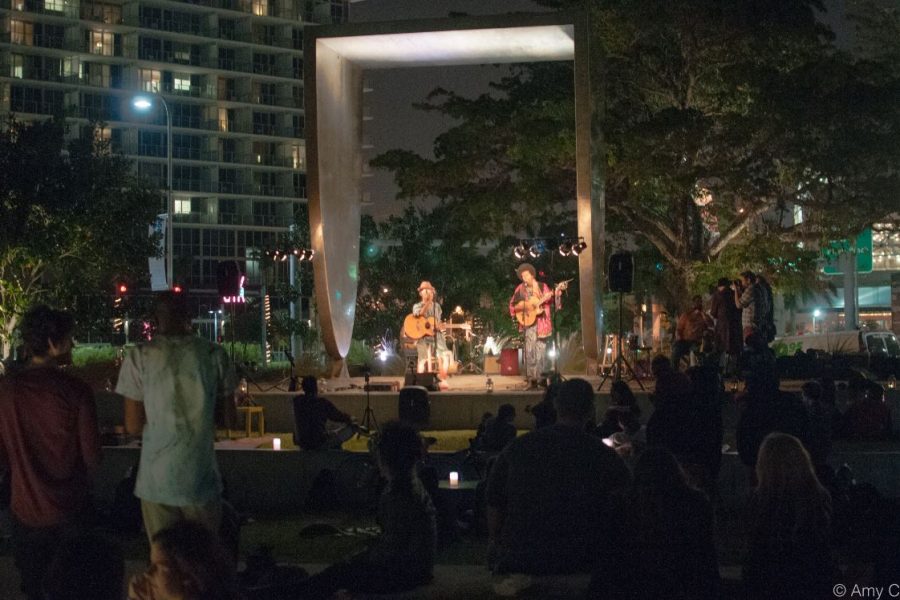 It goes back to the old adage of “use it or lose it.” The Bayfront is constantly being sought after for private development. If the public doesn’t play an active role in the life of our parks, either by creating fun projects like CULTRA or by engaging in conversation around them, we will lose them. And that would be a crying shame.