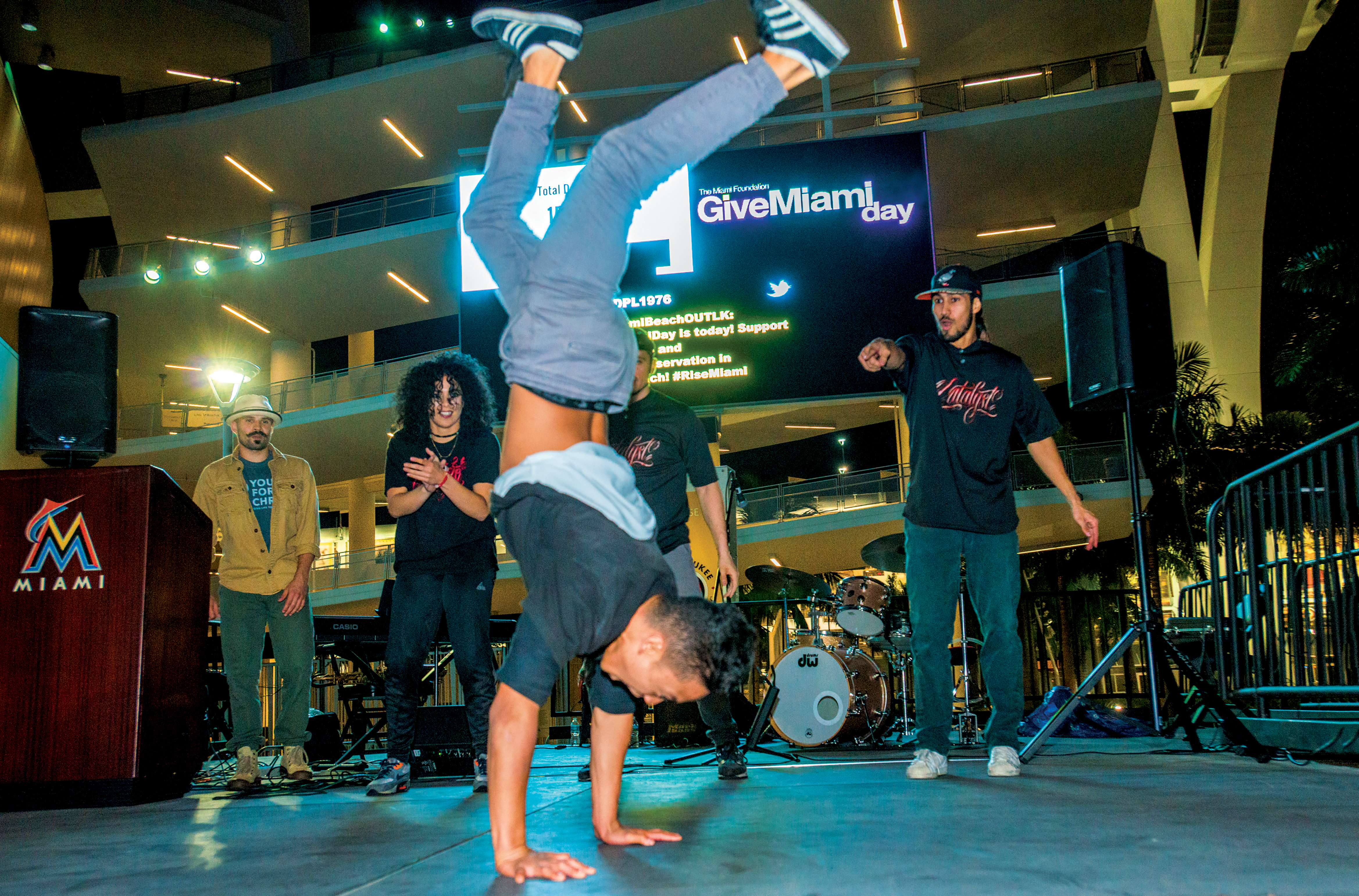 15 Dec HOW MIAMI GOT ITS #PHILANTHROPYSWAGGER

There is much for Miami to be confident about: our vibrant culture, strength in diversity, an expanding, globally focused economy. It’s time we added philanthropy to that list.  Give Miami Day 2014 raised $5.2 million for 520 local nonprofits in the most active day of giving in Southeast U.S. history. But it did something else for our community – in just 24 hours, it proved what we at The Miami Foundation have always believed … Miami is an exceptionally generous place. That’s why throughout the 24-hour giving frenzy on November 20th, there was one hashtag repeated over and over again on Twitter: #philanthropyswagger.

As I shared before Give Miami Day, we have always been a community ready to assist our friends and neighbors in times of need. November 20th displayed that Miamians are increasingly turning that generosity outward to the organizations working on our community’s behalf every day. And it’s not just residents; with almost 20,000 donations pouring in not only from the 305, but dozens of states and more than 30 countries, our city of global citizens is inspiring friends and family abroad to invest in our progress.

None of it would have been possible without the work of our 520 nonprofit partners, who used everything from creative memes on social media to dance parties, pledge cards and mascots to rally supporters. They stepped up in ways that were inspiring and fun to watch throughout the day.

The Miami Marlins staff, for example, took to the streets, approaching residents across the county to support their annual Marlins Ayudan Day of Service and Community Engagement nonprofit partners. They also raised a significant amount of money – $157,000 – on Give Miami Day to support a number of causes they care deeply about.

Local arts organizations came together to drive donations beyond a particular nonprofit to support the entire sector. Their Miami Arts Brigade, spearheaded by Sonia Hendler and James Echols, supercharged nonprofits’ promotions with a galvanizing online campaign. As a result, arts groups received the second highest number of gifts, just behind education-focused nonprofits, with a total raised of $777,881.

In addition to the millions raised from midnight November 20 to midnight November 21,Knight Foundation, The Miami Foundation and our Board of Trustees, Marlins Foundation, Health Foundation of South Florida and additional donors contributed to a bonus pool of $429,725. The pool maximized the community’s generosity by making a 9 percent bonus gift for every donation between $25 and $10,000 a nonprofit received on Give Miami Day.

This was also the first year The Miami Foundation set a public goal for the 24 hour fundraising drive – a $5 million target that was over 50 percent higher than the $3.2 million we raised in 2013. It was ambitious, but Miami was built by people with big ambitions and the ability to achieve the biggest of goals. It is what gives us our identity, our vibe, our swagger. We now have 5.2 million reasons to add philanthropy to the things we can take pride in that make Miami one of the most exceptional cities on the planet.

So, where do we go from here? Simply put, Don’t Stop, Miami! Don’t stop with donating on Give Miami Day; those historic 24 hours should be a catalyst to spark a year-round, community-wide enhanced commitment to our local nonprofits. It’s time to step it up. If you made a gift to an organization you care about, follow up with them: ask how they’re using your donation to advance a cause; plug in and help by volunteering; become a champion for their work and rally others to action.

We know that one day doesn’t solve all of our civic challenges. The Our Miami Reportdetails them in full. But Give Miami Day shows how one day, one moment, one community can flip the narrative and tell the story of The New Miami, a more generous, giving and bighearted place than ever before.

It’s time to strut our #philanthropyswagger.