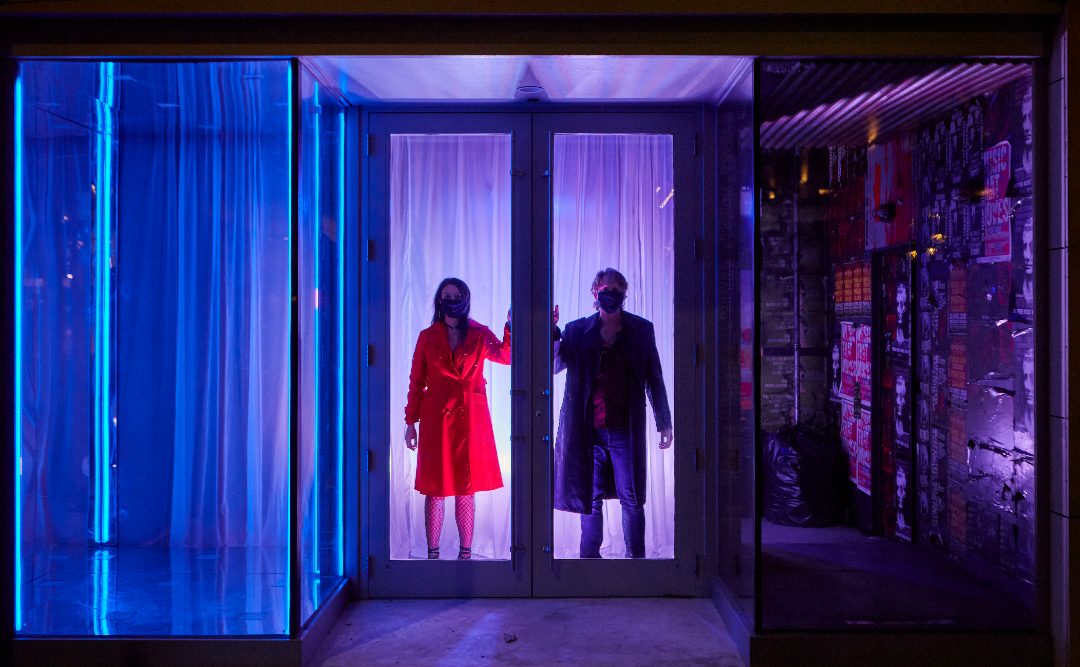 Posted at 00:30h in Blog by The Miami Foundation 0 Comments
Share

Necessity truly is a mother of innovation. Arts were one of the hardest hit industries in the face of COVID-19, and the restrictions for live events forced a new kind of creativity. Considering the tremendous footprint arts have in Miami, the health of our artists and arts institutions reach every facet of our community, from our economy to our well-being.

True to their identities, our local Miami artists and institutions have proven to be amongst the most innovative and resilient, once again positioning our beloved city at the forefront of creativity, modernity and imagination. Below are only a few examples from our donors and grantees to bringing joy, beauty and hope to our lives, whether directly into our living-rooms or if we are lucky enough, outdoors, in safe and socially distanced environments.

Magic in the Park

Miami City Ballet’s production of George Balanchine’s The Nutcracker in the Park was one of the most impressive cultural events of 2020 in Miami. From December 18-31, the outdoor event, respecting social distance rules with separate pods and sections of lawn, was a pure moment of magic for the Miami public and made possible by a multi-stakeholder, public-private partnership. “Never in my 46 years of being involved in dance, have I seen this happen. All these separate sectors, coming together to answer a call for their community,” said Lourdes López, artistic director of Miami City Ballet.

The outdoor version of the ballet, which dedicated its opening night exclusively to first responders and essential workers fighting COVID-19, was a multimedia performance, with video, animation, projections, and live dancing, set in a park where every tree was lit in a different color. Thanks to the generous support of the Knight Foundation, set designs were projected onto a LED back wall, making them larger, brighter, and visible from far away. As one approached the park, the impression of entering a wonderworld of lights, colors, and sounds was unparalleled. It truly was a gift of grace, or as Lourdes Lopez beautifully summed it up, “this ‘Nutcracker’ is happening because a Miami community came together to provide beauty and hope to its citizens.” 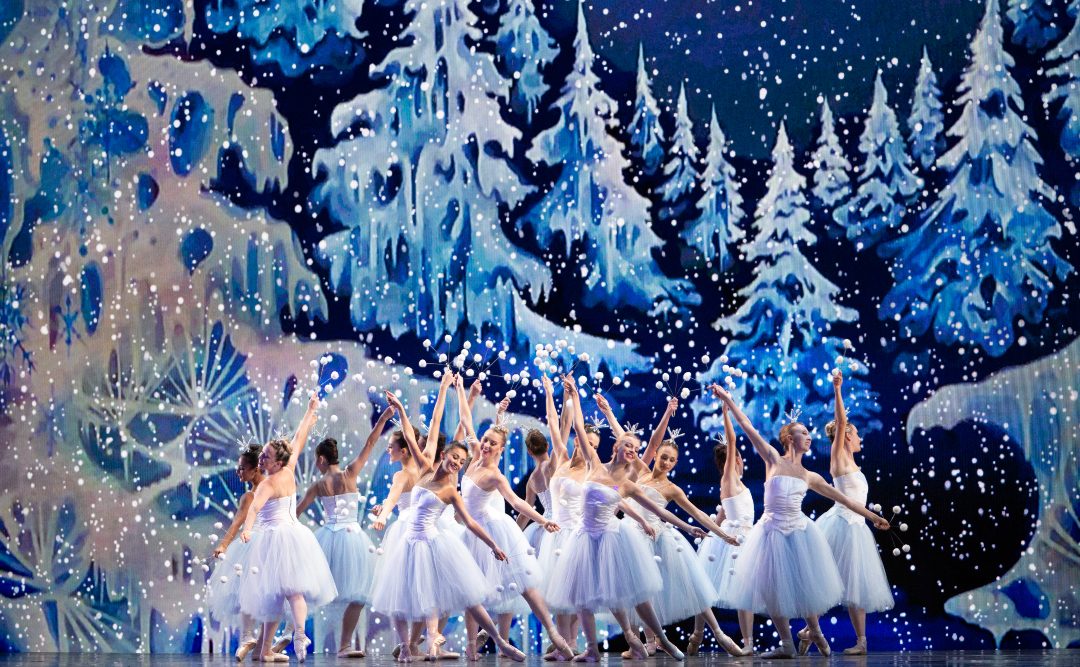 Another incredibly innovative, ambitious, inclusive, socially distanced and absolutely unique initiative is Miami New Drama’s live theater event “Seven Deadly Sins” which has been running since November 27 and extended for the second time, until January 31, by popular demand. The show is a groundbreaking, outdoor experience featuring seven 10-minute plays, presented in six storefronts along Miami Beach’s iconic Lincoln Road, as well as at the Colony Theatre’s loading dock as a seventh “stage”. The plays, written by some of the nation’s top award-winning playwrights, four men and three women, five of them Latinx writers and two of them Black, are reflections of the past year in many ways.

The originality of this project was made possible by the creativity and ingenuity of Michel Hausmann, artistic director of Miami New Drama and managing director Nicholas Richberg, who, as they told the Miami Herald, both realized early on that the lenient South Florida weather would allow for more imaginative live performance options rather than exclusively virtual shows.

Masked audience members are seated outside of every “stage” to watch each one- or two-person show at a safe distance from other spectators, and then move on, led from one deadly sin to the other by a guide. The total of 96 people per performance see the actors performing inside the storefronts and listen to the sound on individual earbuds that are plugged into receivers on each of the chairs, stunned by this unique pandemic-era performance.

And because some of us still cannot attend in-person events, even safe ones, we are thankful for the multitude of virtual exhibits, show
s, concerts, and other online cultural offerings, which allow all of us with an Internet connection to experience the regenerative power arts have on our souls, especially in hard times.

Art4Caritas.org is an online gallery created by the nonprofit Friends of Caritas Cuba, whose mission is to support Caritas Cuba, the “Catholic Charities” of Cuba and the largest humanitarian organization on the island. This new initiative will showcase well-known and emerging Cuban artists and help raise much-needed funds to support social services in Cuba. This is especially important at this time because Cuba is facing a severe economic crisis and food insecurity.

Caritas Cuba serves the most vulnerable populations on the island, the elderly, children at risk, the sick and disabled, persons living with HIV/AIDS, and victims of natural disasters. The online gallery features an artist of the month and the art pieces available for purchase have been donated by the artists themselves and collectors. The initiative is an interesting and creative way to promote culture and humanitarian work at the same time. 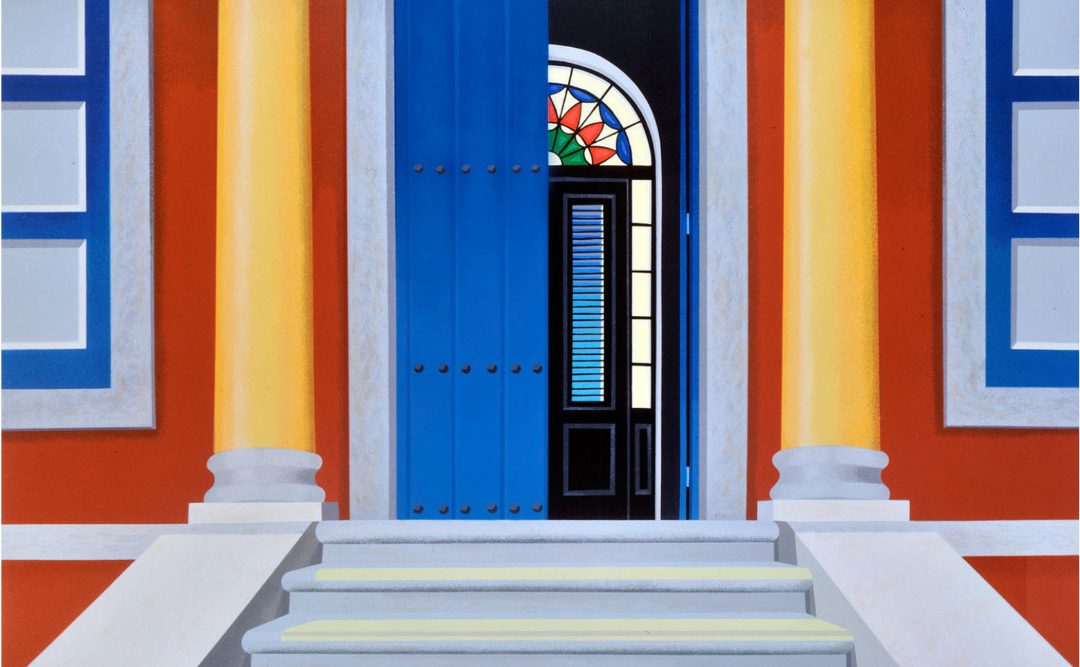 PICTURED: A PREMONITION OF PEACE BY HUMBERTO CALZADA

The power of culture and arts to deliver joy to residents of a city was never seen with so much strength as during these last few months in Miami.

Jessica Cohen is the content manager at The Miami Foundation.