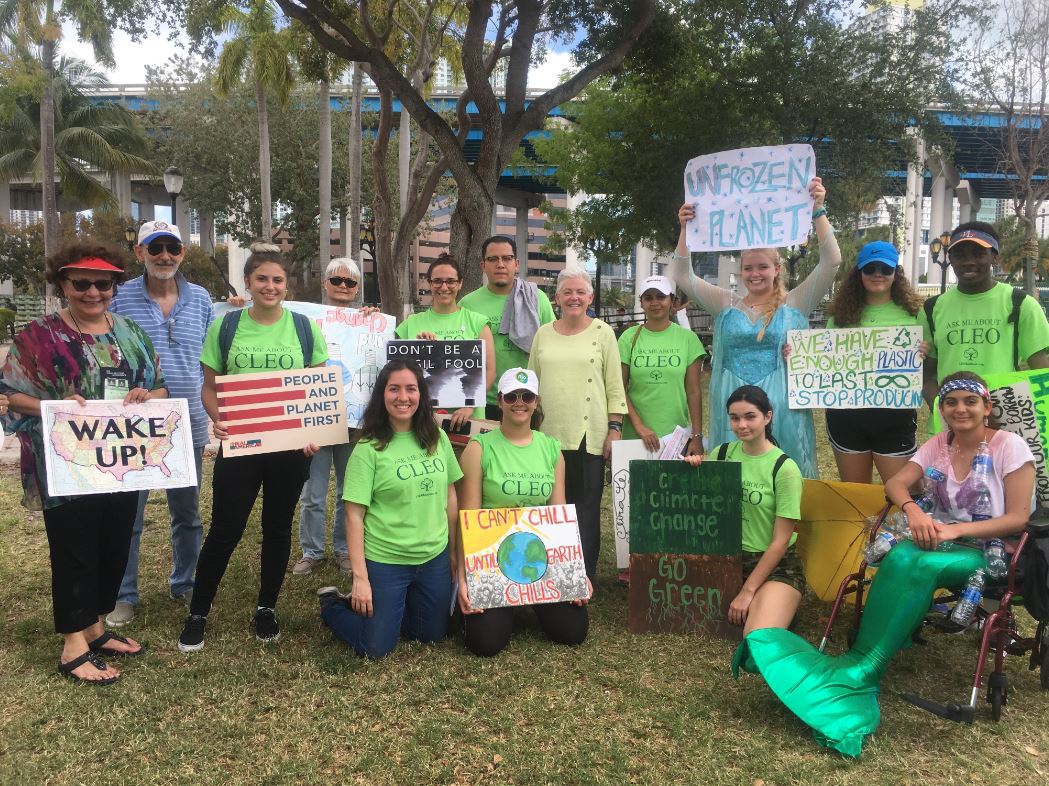 Posted at 13:51h in Blog by Natalia Arias 0 Comments
Share

Since 2010, The CLEO Institute has educated students and adults about climate change and rising sea levels and trained them in leadership skills to carry the message forward. Last year, with support from The Miami Foundation, they launched a Climate Change 101 community outreach project, hosting workshops and town halls in Greater Miami’s most vulnerable communities. They shared their findings and next steps with us.

Last year, The CLEO Institute designed and launched the Climate Change 101 Community Outreach Project, with grant support from The Miami Foundation, to involve residents from some of the city’s most susceptible neighborhoods –Liberty City, Little Haiti, Shorecrest and Sweetwater– in building climate resilience. The goal was to help residents of all ages better understand and embrace the need for climate action, and provide them with tools and resources to prepare for climate disruptions and voice their informed concerns. To do this, we collaborated with several partner institutions, including: UM-CIMAS, FIU’s Sea Level Solutions Center, The New Florida Majority, and Catalyst Miami, among others.

It is no secret that climate disruptions disproportionately affect the most vulnerable in society. In Miami-Dade County, by most estimates, this is over a million people. Yet, as sea levels in the region rise at an alarming rate, many residents are unaware of the impacts climate change has or will have on their communities.

To kick off the Community Outreach Project, we first hosted a series of listening sessions, including residents and business owners, to understand concerns and help shape an agenda. Then, we convened town halls with residents, city and county staff, scientists, local business, elected officials and community leaders to discuss concerns and solutions. Lastly, we held interactive Climate Change 101 workshops, where Caroline Lewis, founder and executive director of The CLEO Institute, helped simplify the science, seriousness and solutions of climate change, and fielded questions from the audience.

In all, we reached more than 1,500 people, primarily residents living in areas with high levels of social vulnerability and high exposure to the impacts of climate change. Even more encouraging, eight people signed up to become climate educators with our CLEO Speakers Network. Many have already begun their training and a few, like Liberty City residents Valencia Gunder and Michael Clarkson, have given their own climate change outreach mini-trainings and sat on panels discussing disproportionate effects of climate change on under-resourced communities.

We heard from residents who asked for a seat at the table as stakeholders during resiliency planning. Others talked about wanting communities to become more active not only during emergency events, but also in their efforts to educate and spread awareness. Conversations also highlighted the importance of better understanding the roles of government, business, community and individuals in sustainable living.

Natalia Arias is Director of Programs for The CLEO Institute.