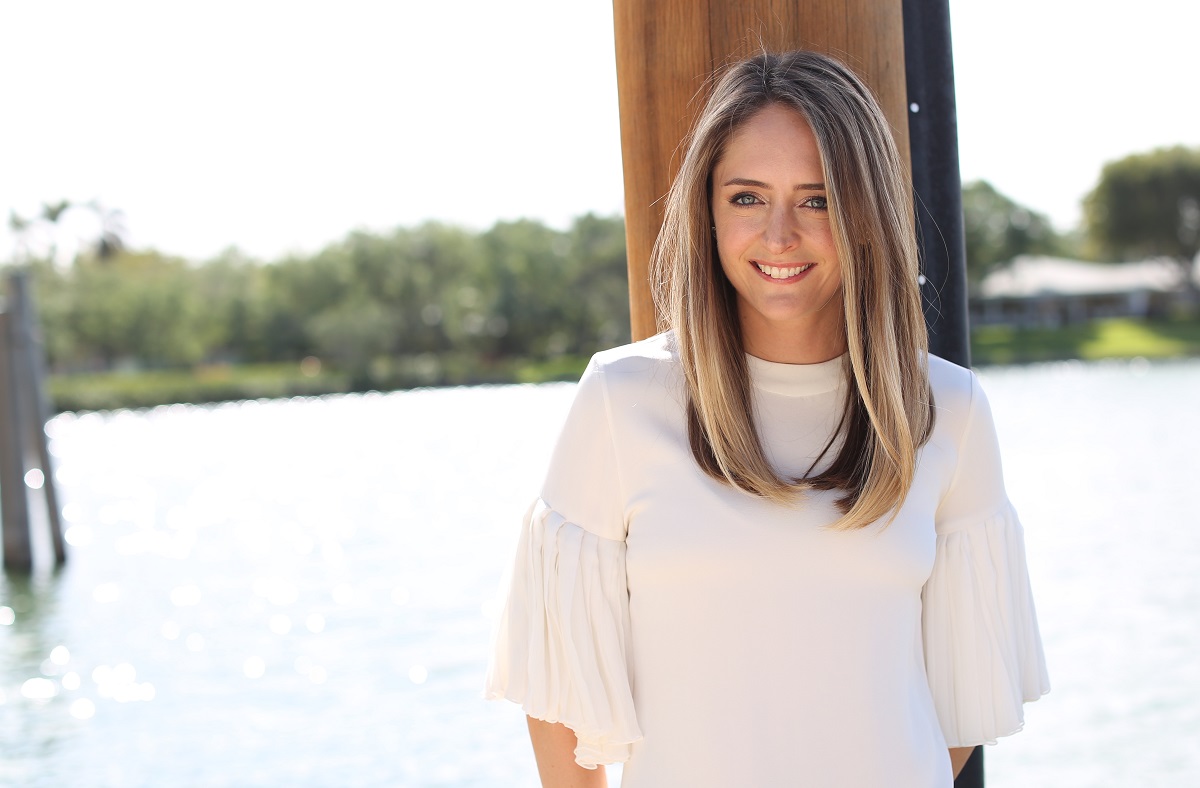 Posted at 18:31h in Blog by Jessica Rodriguez 6 Comments
Share

A new crop of young philanthropists is making it so that, in Miami, it’s cool to care. According to the Millennial Impact Report, 84 percent of millennials made a charitable contribution and 70 percent volunteered their time in 2015. Greater Miami’s numbers have historically lagged behind but young locals like Kara Zeder Rosen are changing that.

For the past six years, Kara has stepped up to fundraise and friendraise for Kristi House, a Miami-based nonprofit dedicated to helping child victims recover from sexual abuse. In 2012, she became the youngest member of the board and is now serving her third year as its president. Kara’s efforts haven’t gone unnoticed: this month, The Miami Foundation named her the 2019 Emerging Philanthropist Award honoree, a recognition she will accept at the 22nd Annual PhilanthropyMiami Donor Next Door Luncheon on March 13th.

Kara stands out for her philanthropic leadership in bringing the board, staff and Kristi House partners together during times of change for the organization, read her nomination from the nonprofit’s CEO Claudia Kitchens. During her first year of service, Kara successfully shepherded their most important dinner and auction fundraiser of the year, successfully recruiting new volunteers to the committee and securing added support for the event.

As board chair, Kara has led on the frontlines, building bridges with community partners, bringing on a new CEO and fundraising to meet the board’s strategic plan. Last year, Kara inspired a family to make the largest single philanthropic donation ever to Kristi House – $250,000 – to support core operations. Private giving has increased and two additional satellite locations have opened to better serve clients in the southern part of Miami-Dade County.

“People are seeing firsthand how important it is to have a Kristi House for our community and that young leaders like Kara are embracing the movement to confront and eradicate sexual abuse and assault,” said Claudia. “They cannot help but notice her incredibly generous spirit and roll-up-your-sleeves work ethic and are signing on to help. Her leadership has been remarkable for anyone of any age, but especially amazing considering she’s just getting started.”

Kara is part of a wave of next-generation philanthropists in Miami – some as young as eight years old – driven to impact a cause they care about. The Foundation received more than 60 nominations, recognizing the under-40 changemakers who are donating their time, funds and energy and inspiring others to follow in their steps.

Ethan Larkin – Our youngest nominee, this eight-year-old boy known as “the mayor” by his family has a heart bigger than his body. Ethan is raising money for Cystic Fibrosis research through school-sponsored dress down days and sports activities.

Lauren Page – A passion for reading and sharing inspired 12-year-old Lauren to collect and donate books to kids who couldn’t afford them when she was just seven. At that moment, Page by Page Book Drives was born. Page by Page has donated over 41,273 books to more than 75,000 children throughout Miami Dade. Exemplifying the “each one, teach one” ethos, Lauren and her friends also teach other youngsters how to organize and run their own book drives.

Joshua Williams – The founder of Joshua’s Heart Foundation’s mission is simple: end hunger in Miami. Since its inception, the nonprofit has collected and distributed more than 2.2 million pounds of food and personal care items to over 550,000 people, raised $1 million and recruited 20,000 youth volunteers. Joshua, 17, now a freshman at New York University School of Business, hopes to become an even greater asset to his foundation after he graduates.

Charlotte Atwood Crews – Athlete, volunteer and instrumentalist, Charlotte manages to do it all while growing her nonprofit One Change Bracelet. The handmade bracelets alert people to put on sunscreen and protect their skin. All profits go to melanoma research. So far, she and her friends, all students at Palmer Trinity School, have raised and donated more than $35,000 for cancer research. Funds support UM’s Sylvester Comprehensive Cancer Center and Baptist Health’s Miami Cancer Institute.

Jonah Schaechter – When Jonah, then 13, learned low-income families could not get help to buy diapers, he founded the Miami Diaper Bank. The group provides free diapers and infant care items to homeless and low-income families in South Florida. To date, they have distributed 1.5 million diapers in six counties. Following his lead, friends and other young people have collected and distributed over 12,000 diapers.

Noa Sohn – Noa, 16, learned from his high school guidance counselor about a historic black cemetery in Brownsville that was abandoned and needed attention. He met with the caretaker and owner of Lincoln Memorial Park and, from that moment on, became determined to assist them with the revival of the historic site, raising funds, attending Saturday cleanups and bringing friends with him. Noa is currently working with Florida International University graduate students, a local arborist and the cemetery’s owner on a long-term revitalization plan. (Read about cemetery revitalization efforts in Keith Ward’s Miami Story.)

“The young, free to act on their initiative, can lead their elders in the direction of the unknown,” anthropologist Margaret Mead once said. By following in the footsteps of this next generation, Miami is in good, caring hands. Looking for a cause to champion? Visit Nonprofit Central where you can connect with more than 700 organizations working on causes in Miami-Dade.

Jessica Rodriguez is a journalist reporting on culture and diversity issues.