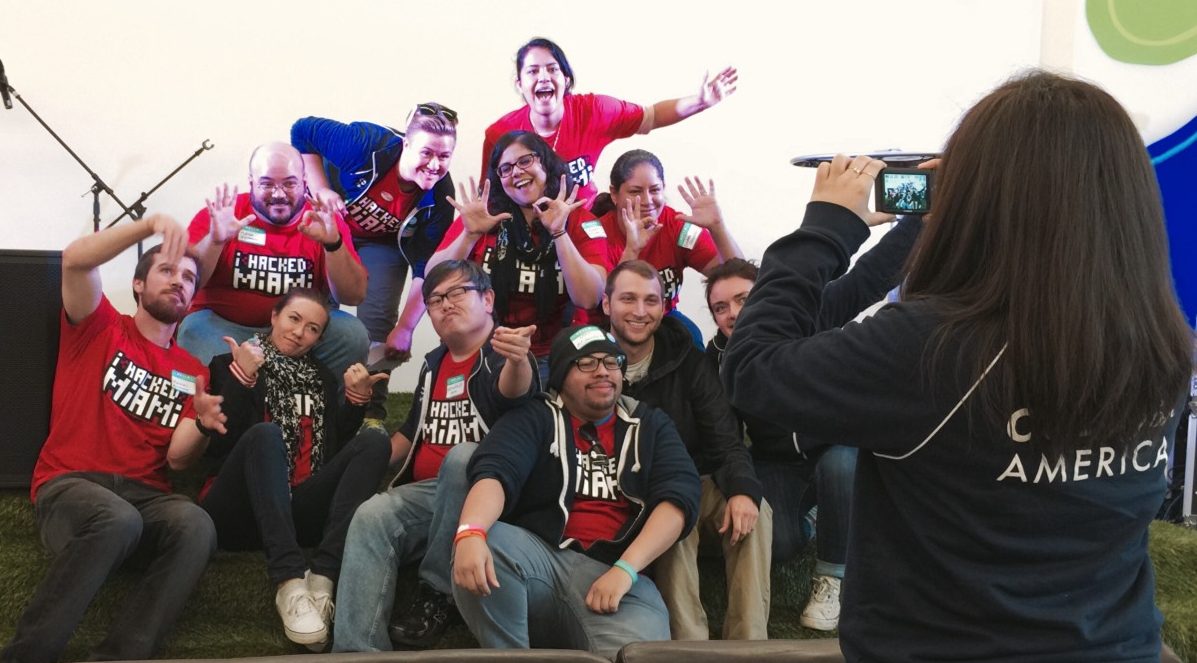 Posted at 15:58h in Blog by Rebekah Monson 10 Comments
Share

The Our Miami Report is a biennial civic indicators report that provides a community snapshot of eight quality of life issues shaping life in Greater Miami: arts & culture, civic engagement, economy, education, environment & public space, health & safety, housing & affordability and transportation. We approached local leaders working on these issues to provide additional context to the data, trends and stories behind the 2016 Our Miami Report. Here, Rebekah Monson, co-founder of WhereBy.Us and Code for Miami, weighs in on civic engagement.

The data tell a story — Greater Miami lags on civic engagement. It’s a story we’ve heard time and again from study after study. We volunteer less, give less and vote less than most of our peers. But, our story isn’t finished. Our economy is back on track, and our city is a cultural beacon to the world. We’re tackling enormous problems like sea level rise, affordability and transit. We have opportunity and talent and resources. So, how might we change this data to create a new Miami story?

First, we can vote. With no presidential race on the line, Miami’s voter participation dropped in 2014 from 2012, just as it did nationally and for all of our peer cities. But Miami’s voter participation fell by the smallest margin and remained higher than the national rate for an off-year election. That’s progress we can build on. With a hotly contested presidential race on the ballot now, it’s likely we can improve on the 2012 rate in 2016. And there are reasons to hope beyond the numbers.

In the time since those 2014 results, new local organizations have formed to engage previously underrepresented constituencies at the polls. The Office of New Americans launched in Miami-Dade County to help eligible immigrants become citizens and thus gain the right to vote. West Grove residents organized a campaign during municipal elections that activated voters at unprecedented levels in some of Miami’s least-engaged precincts. Engage Miami, a nonpartisan organization aimed at increasing youth engagement, has registered thousands of young voters in Miami-Dade County, become a lead partner in a local campaign finance reform initiative, and organized popular debates, trivia nights and events to educate young adults on issues. These efforts and others from the grassroots aren’t yet reflected in the data, but they demonstrate how we’re changing the story of apathy in our community.

After we vote, we can volunteer. Our civic health depends on us stepping up to solve problems that government and business cannot. Miami’s volunteer rate ranks worst among its peer cities, and more than 10 percent worse than the national average. Our rate of charitable giving is also lower than most of our peers’, but it’s steadily increasing. These are stories we can change. Our economy is strengthening, and as we address affordability issues, volunteerism and charitable giving can improve. Miami’s young adults also volunteer at a lower rate than those in other cities, but that rate is rising, too. New civic initiatives are powering new opportunities for young people to volunteer, and established nonprofits, including foundations, museums, charities and chambers of commerce, are investing heavily in young professionals and young leaders.

We should be encouraged, too, about the story of informal movements and digital activism in Miami’s civic life — both of which may be missed in our current data. Does participating in a Black Lives Matter or Dream Defenders rally count as civic engagement? What about sharing cell phone photos or videos of “sunny day” flooding? These activities have contributed to local policy changes like police body cameras, funding to reduce youth gun violence and increased effort to combat sea-level rise. Our little pizza-fueled Code for Miami weekly hack night has helped create more data transparency and access in Miami-Dade County. A Facebook group for beach cleanup has successfully advocated for Styrofoam bans, more recycling and trash containers and more rigorous permitting standards for beach events. Yet, many Miamians — particularly young Miamians — who participate in such informal or digital movements wouldn’t classify these activities as volunteering.

Finally, we can share our stories to create a new vision for the future. Greater Miami is a bellwether on a host of environmental, economic, educational and cultural issues. We have an opportunity to lead the world. We can find solutions for sea-level rise. We can radically address income inequality while growing a global economic hub. We can leverage our unique diversity and educate our residents to work at the forefront of the knowledge economy. We can be a cultural beacon for generations to come. But, the challenges we face are too big for existing institutions to solve alone. The next chapter in Miami’s story requires individual action — large or small — of each of us. Let’s commit. Whether it’s our votes, our time, our sweat or our money, our Miami needs us now. It’s time to change our story.

Rebekah Monson is co-founder of WhereBy.Us, the parent company of local news organization The New Tropic, and Code for Miami, a civic hacking brigade of Code for America.