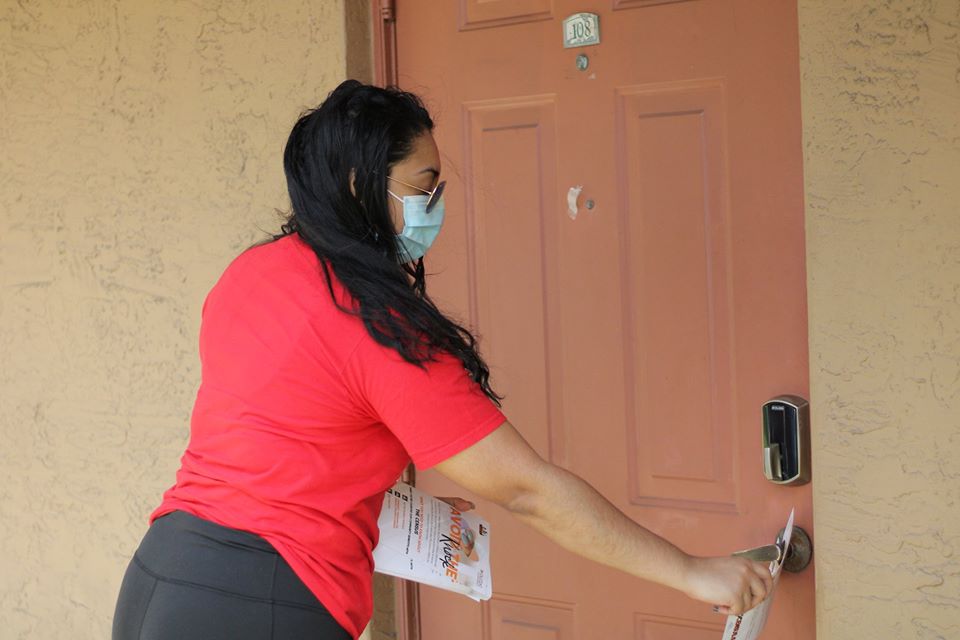 After being delayed by the pandemic, Census door knocking has finally started in South Florida, and our community is short on time to get every resident counted. The U.S. Department of Commerce suddenly cut the timeline by a month — the last day to get counted is now September 30 instead of the planned October 31 deadline.

This change may leave out historically undercounted groups, including Black communities and undocumented immigrants, which could have grave effects on federal funding and political representation for some of our more vulnerable communities. At its core, undercounting marginalized communities is an equity issue. If a community does not receive a full accurate count, they will receive less funding, power, and resources.

Right now, about four out of ten households in Miami-Dade have not been counted. Only 58.7% of our population has responded to the Census. For populations that are not likely to fill out a census form on their own, including undocumented immigrants, rural and low-income residents, renters and non-English speakers, door-knocking is critical to ensure no household is left out. As a reminder, the Constitution requires a count of all residents, regardless of nationality or immigration status.

The Census count is incredibly important, especially in an under-resourced community in need of all available federal resources. The Census count is used to reapportion all 435 U.S. House of Representatives seats and thousands of state and local districts, as well as to divvy up trillions of dollars in federal grants and aid. As Miami-Dade County looks to recover from the health and economic impacts of the COVID-19 pandemic, we are going to need those funds more than ever over the next 10 years.

The Miami Foundation, and our Miami-Dade Counts 2020 partners, along with over 500 national philanthropic leaders, signed on to a letter to the Secretary of Commerce urging him not to cut the Census 2020 effort short.  With one month less to encourage participation, local nonprofits are using every resource available to them. We have partnered with FL Counts Census 2020 to promote text message campaigns and are working to allocate resources for additional radio spots and local Census caravans. Local businesses are also stepping up to encourage participation. For example, Uber’s Miami-based office recently sent email messages to its entire local network of customers and drivers promoting Census 2020 and its value to our community. For ideas on how to get engaged, visit our most recent post here.

Lindsey Linzer is the senior director of programs and grants administration at The Miami Foundation.

Miami-Dade Counts 2020 is a collaborative effort, built by a growing base of local and national funders, to help ensure that everyone in Miami-Dade County is counted in the 2020 Census. We provided grants for nonprofits and grassroots organizations working to ensure a complete count – especially in the most hard-to-count and reach communities – as well as other resources to carry out their efforts.