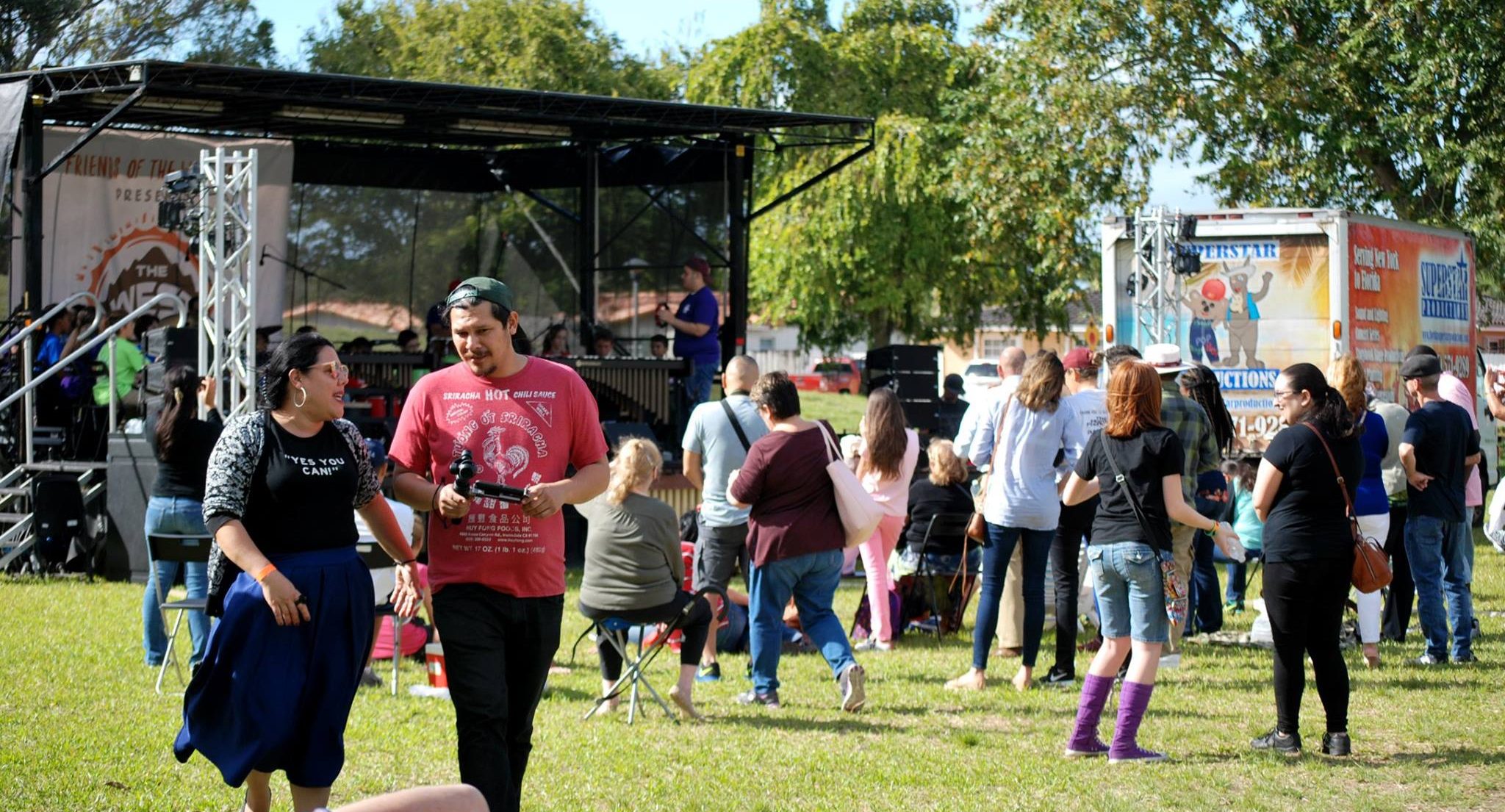 Posted at 15:15h in Blog by Sean McCaughan 0 Comments
Share

In the bedroom community of West Kendall, residents Juan David Rey and Wendy Caraballo, are on a mission to make neighbors want to stay and play. They’re behind a series of events aimed at bringing more arts, culture and outdoor entertainment options to their southwest corner of Greater Miami, with support from The Miami Foundation’s Public Space Challenge.

West Kendall is home to many working- and middle-class families. According to a study by the FIU School of Architecture, 78 percent of West Kendall residents leave the area every day to go to work and similarly leave on the weekends for entertainment in other areas of Miami with active community gathering spaces. They’re forced to go long distances for community activities, as suburban sprawl and single-use zoning have led to few activated gathering spaces for West Kendall residents in their own backyards.

Juan, Wendy and the Friends of West Kendall are looking to change that. “Our goal is to engage the West Kendall community through cultural events in our own neighborhood. We seek to create opportunities for people to enjoy an event or outing within a few miles from where they live through activating public spaces,” Juan said.

The idea for the Friends of West Kendall began when Juan won the Public Space Challenge in 2016. His winning idea was an annual concert that people could easily access by walking or biking, taking advantage of the large number of parks spread out in the area. The first concert was a roaring success with more than 500 people turning out to jam to popular local bands Locos Por Juana and Spam All-Stars. Juan added, “The feedback from the community was unanimous; they wanted more.”

By then, Wendy had reached out to Juan. Equally interested as Juan in galvanizing her community, Wendy dreamed of making West Kendall more bicycle-friendly. The two instantly bonded, brainstorming weekend entertainment options that would keep residents in the area instead of commuting 30 minutes or longer to other part of the county.

As he put the first concert together, Juan helped Wendy craft her proposal for a ciclovia, which is a temporary street closure that opens up the use of the space for bicyclists and pedestrians. Wendy submitted the idea to the 2017 Challenge, and won. The two got to work on formalizing the project scope and strategizing over how to make it easy to replicate it in other neighborhoods throughout Greater Miami.

Having already had experience with permits, Juan took care of all the paperwork so that Wendy could focus on event planning and logistics. “Activating public spaces isn’t as easy as just arriving at a location and taking over the area,” Juan said. “You want to ensure the proper agencies are brought into the mix at the conceptual stage so that you can create an amazing experience without disturbing local businesses and neighborhoods. That can require an extensive amount of permitting. Thankfully, on both events, we had county employees guide us.” The Miami Foundation and their Public Space Challenge partner, Urban Impact Lab, also helped connect the Friends with local city officials to navigate the process.

On a weekend in February, the first-ever West Kendall Ciclovia turned a normally busy road into a pedestrian- and cyclist-only thoroughfare. More than 400 residents got to cycle, walk and run safely without having to worry about cars zipping through at dangerous speeds.

With these two events under their belt, the future looks bright for the Friends of West Kendall. They seek to create an information-sharing space that would make it easier for residents to find out about nearby happenings. To do so, they’ve applied for 501(c)3 status, which would allow them to compete for grants and other funding and build partnerships with local businesses, Juan explained.

“My favorite part of these events is changing the way our community thinks. Instead of residents planning to leave the area on the weekend, our events have offered an opportunity to explore the neighborhood where they live in ways people never thought possible. I’m looking forward to putting on more of these events,” Juan said. They might get to do just that as some finalists in the 2018 Public Space Challenge seek to activate gathering spaces in West Kendall. If any are named winners when the list is announced in October, Juan, Wendy and the Friends of West Kendall are ready to put all their support behind them.

Sean McCaughan is a freelance journalist and the editor of The Big Bubble Miami.

Challenge finalists will connect Miamians, one public space at a time