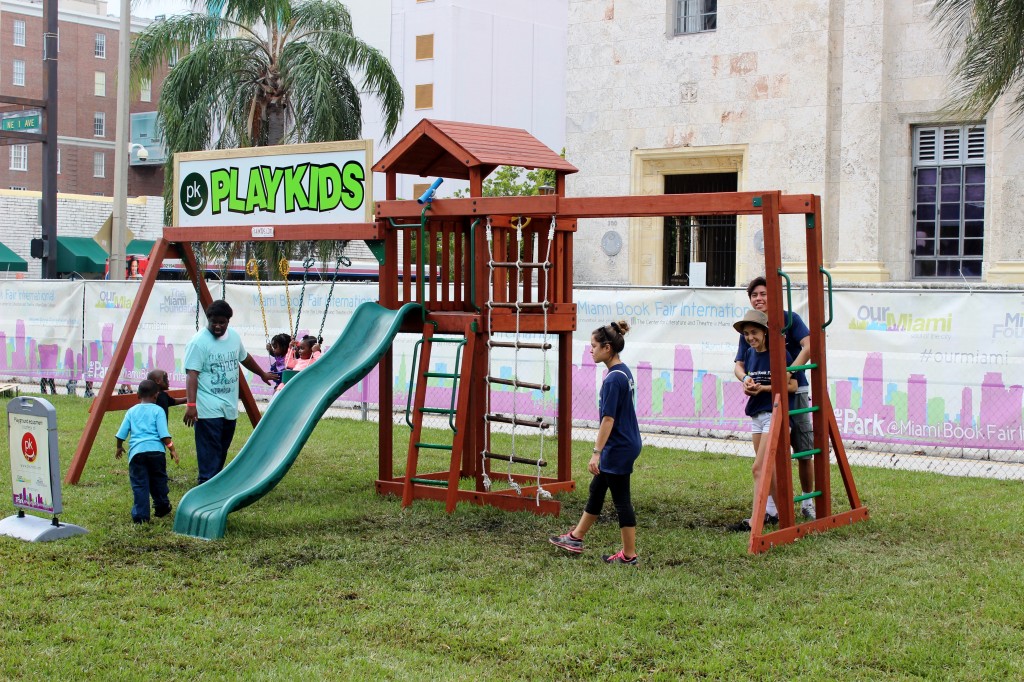 This past weekend, thousands of Miami-Dade residents gathered in parks across our community to commemorate the Fourth of July holiday. From barbecues at Tropical Park to a family beach day at South Pointe or a scenic run around Amelia Earhart, there is no better way to celebrate America and the summer season than by enjoying our clean air and great outdoors.

So much of Greater Miami’s unique character is attributed to its parks. Mayors Carlos Gimenez and Tomás Regalado should be applauded for understanding the importance of these spaces and including increases for parks funding in their proposed 2016 budgets. Maintaining this course in the future will be critical in order to build a world-class system of connected parks and public spaces.

Even with this welcome news, our parks still face significant funding challenges. At the close of 2015’s legislative session, Gov. Rick Scott vetoed critical funding for catalytic parks that would significantly enhance our urban landscape. Among his cuts were $2 million for the 10-mile Underline Linear Park beneath the Metrorail and $3 million for the Ludlam Trail in western Miami-Dade. Governments around the world invest in great public spaces because they understand their benefits to the community. Gov. Scott’s vetoes are a missed opportunity to make a similar investment here.

Despite the proposed boost, Miami still spends less on parks per resident than most comparable major cities. A recent Trust for Public Land Report ranked Miami 43rd out of the top 51 cities in the United States for parks funding. Last year’s Miami-Dade County Community Leisure Interests Survey showed that poorly kept facilities, lack of security and distance were the top reasons residents did not use local parks. Since 2010, parks funding shortfalls at the county have reached $18 million, causing reductions in recreational programs, insufficient nighttime lighting and the closing of park facilities.

Our parks and public spaces improve the lives of residents and facilitate relationships between neighbors. The 2014 Our Miami Report drew the connection between access to better parks and the increased physical health and well-being of residents. Linear parks, like the Underline and Ludlam Trail, offer much-needed green space and a valuable transit alternative, creating safe walking and biking paths between neighborhoods.

The Miami Foundation believes that greater investment in our public spaces is critical to ensuring that the explosive growth throughout Miami results in a greater quality of life for all of us. Every resident deserves a well-maintained park, whether for a pick-up game of soccer or a safe place to spend time after school. Parks connect us and help instill a sense of belonging and pride in our community.

We have witnessed the surge of support for creating, improving and activating public gathering places. The last three years of The Miami Foundation’s Public Space Challenge have underscored this movement, with more than 1,000 ideas submitted and tens of thousands of residents galvanized around the cause.

We are at a tipping point.

Miamians have unleashed a passionate rally cry to protect and grow our parks. Mayors Gimenez and Regalado have responded to that call with a step in the right direction. Now, we call on county and city commissions and all our elected leaders to follow suit and make our parks a funding priority.

We envision a Miami where every county resident lives within a 10-minute walk of a park — one that encourages them to get out of the house and engage with each other in a vibrant urban retreat. It is time for Greater Miami’s parks to rise to the level that our community deserves so that future summer barbecues and family celebrations can take place in fantastic parks in all corners of the county.

As we are counted among the top cities around the globe, we must invest in the parks and public spaces that help define us and make this place “So Miami.”