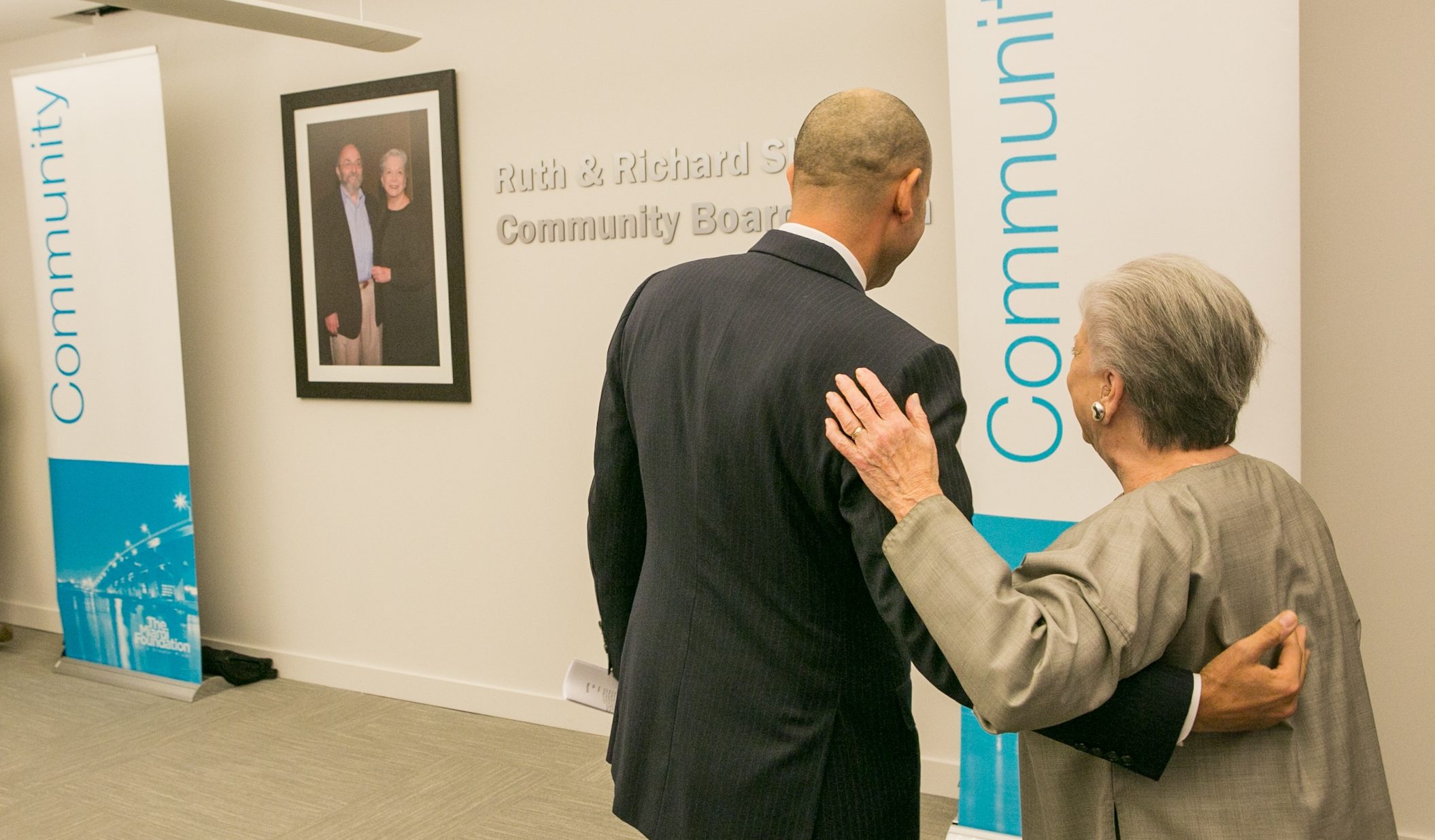 It is splendid to have been part of the evolution of at least six different Miamis.  Our home has grown from a sleepy southern town, which I found on my honeymoon in 1953, to a vibrant metropolis rightfully placed among the great communities of the world. At each step, we attracted people from every racial, political, social and economic background. That has led to some of Miami’s most decisive inflection points:  our fight for civil rights, for women’s rights, for gay rights and even now, our willingness to be a sanctuary for immigrants. Those points have shaped our history, but what defines Miami’s history is our ability to unite across lines of difference and stand together, resilient in the face of challenges.

It should seem obvious, then, that such a community would produce Javier Alberto Soto, our native son and current president of The Miami Foundation. His remarkable track record since assuming that role seven years ago includes some of the most impactful efforts to unify this diverse Greater Miami that I have ever witnessed.  Chief among them is Give Miami Day. For the past five years, the foundation has led a rallying cry across Miami-Dade to pour millions into the people and nonprofit organizations serving this community every day. The thousands of donors, from every corner of the community and every walk of life, come together based on their mutual love for the place they call home. In a political and social climate where we are increasingly pushed to define ourselves by our differences, the foundation under Javier’s leadership has been a critical reminder: there is much more that binds Miamians than divides us.

Now, he will take his talent to Washington as the newly elected board chair of the Council on Foundations.  For almost 70 years, the Council has been the leading association of grantmaking foundations and corporations, empowering the sector to meet today’s toughest challenges and advance philanthropic activities in the U.S. and around the world.  This entirely volunteer role puts Javier at the forefront of a massively influential organization at a significant moment in the field’s history. Nonprofits and philanthropy are under fire.  Movements in Washington threaten the sector’s ability to independently serve the community free from political influence. While it’s important that nonprofits collaborate with government leaders to tackle macro-level civic issues, they work to remain a nonpartisan, independent space where different political points of view, large and small businesses, grassroots groups and local residents can convene around solutions to improve quality of life.  It is also no secret that our national endowments and other major public grant sources are at risk of being drastically underfunded, or worse, eliminated. Couple that with proposed tax reform that could undercut charitable giving incentives, and it’s clear why now is the time for a strong, thoughtful voice to advocate on behalf of nonprofits and philanthropies across the nation.

Javier is unquestionably the man for the job.  He has shown a keen ability to drive consensus when it matters most. When the city of Miami, city of Miami Beach and Miami-Dade County needed an independent convener to help them submit a joint application to Rockefeller Foundation’s 100 Resilient Cities program, Javier and The Miami Foundation were there. Now, following that successful bid, Greater Miami has joined a prestigious global network of forward-thinking communities, giving us access to funding and top expertise as we prepare for sea-level rise and other threats to our resilience.  Building bridges has been ingrained in Javier because he too has witnessed the evolution of this community. As the child of  Cuban immigrants who settled here over 40 years ago, he appreciates – as only a Miamian can – how a community built by people across the spectrum can emerge with a shared identity.

I call on the entire community to applaud and support Javier as he assumes this auspicious role.  We depend on a healthy, well-funded social sector to meet the needs of Greater Miami residents every day. Let’s help him build consensus and fight for us and every American who has dedicated their life to philanthropic work and service to their community.