“I want to inspire more girls to read”

Taylor Moxey is an 11-year-old pastry chef from Miami. She turned a $40 loan from her mom into a booming baking business and started a foundation to empower young girls and inspire reading. Taylor has published a book and installed two public mini-libraries – one in the Bahamas and one at Omni Park. 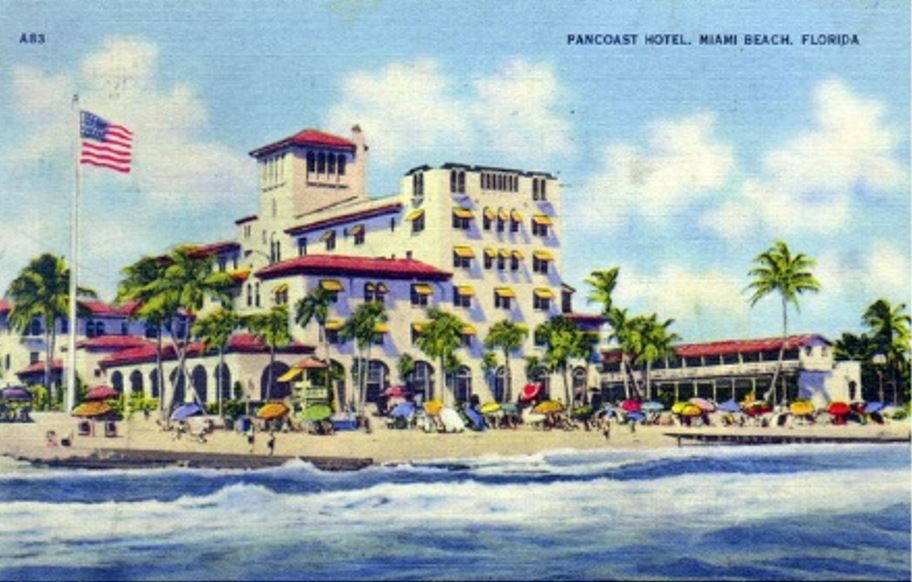 “I discovered I had deep Miami roots”

When I came to Miami, there was a familiarity to it, but I didn’t know why. My dad felt it, too. After I moved here in 1993, I purchased a condo at Triton Towers, at 29th and Collins. “Where exactly was Grossinger’s Pancoast?” he asked. I had no idea. But it set me on a course to find out, and I discovered that it was on the very same ground where I now lived. And what’s more, it was the locus of my parent’s first meeting, first walk hand-in-hand, first kiss on the beach, 55 years earlier. Some say we travel from life to life in the same circles. Well, my Miami story has deep roots, even for a girl from New York.

Pictured above: A rendering of the Pancoast Hotel on Miami Beach, courtesy of Florida Memory. 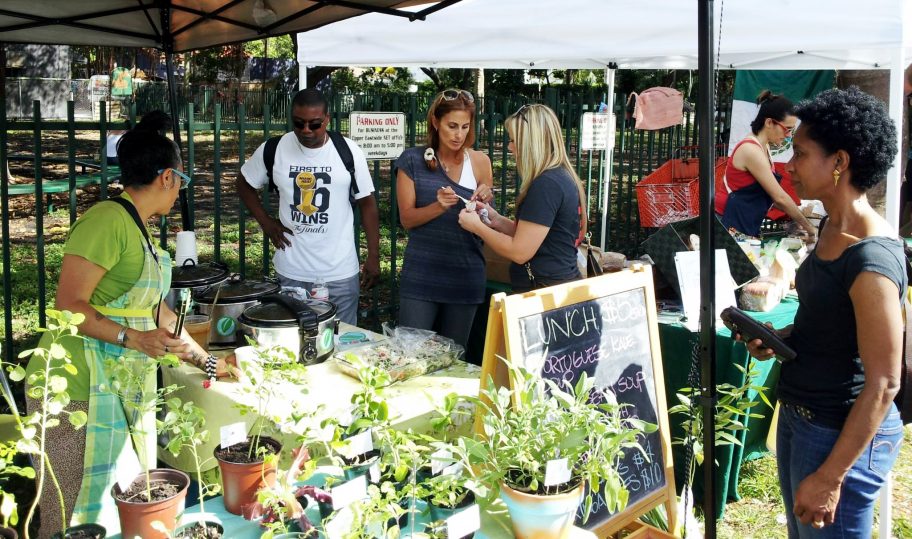 “Miami has more than meets the eye”

Born and raised in the Magic City, I stay here because I simply love this place. Like many natives, I had times in my life when I couldn’t stand Miami. The traffic, the spring-breakers, the endless conventions and “classic” Miami attitude. But as I’ve grown, I’ve learned to look past those annoying factors and appreciate what makes Miami awesome – the variety of cultures, delicious cuisine and, of course, the weather. Even the Miami attitude that annoys newcomers can be charming.

There’s so much more to this city than meets the eye, most of which I discovered as I dove deeper into the green community and the arts community. Now, I know farmers and filmmakers alike (being engaged to Jon Kane, a filmmaker, helps with the latter). Every Saturday, I get tropical fruit that you can’t find anywhere else in the country at my local farmer’s market at Legion Park. My food scraps feed a compost at the Miami Beach Botanical Garden. My greens come from a farmer in Homestead. I do yoga on the beach in the middle of winter. My friends all practice alternative medicine. And I live on the Bay. The air is fresh, the grass is green and the birds are always chirping. For better or worse, this is my home. Good, bad, beautiful and ugly, I love this place and will definitely be here for many more years! 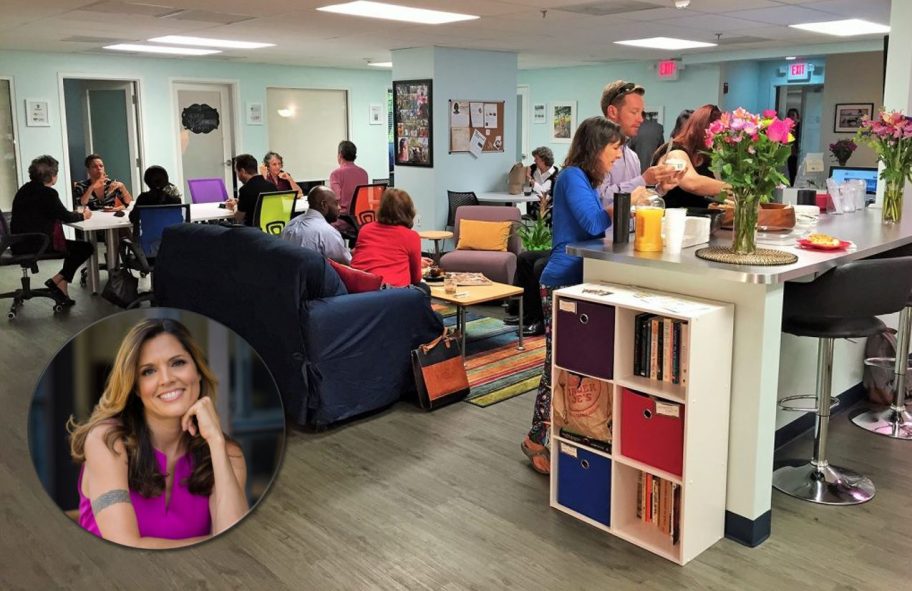 I came to Miami for the first time while I was in college, and I completely fell in love with the magic of the city. I stayed in South Beach, went out to dinner on Lincoln Road, stayed out dancing all night and watched the sun come up on the beach. I was determined to move to Miami, and I did in 2002. For 10 years, I worked as a massage therapist in luxury spas and hotels, where I met amazing people from all over the world, celebrities and high profile people. Since that time, my work and my circle of friends have continued to evolve. I became a professor of holistic health and got involved in local social activism, entrepreneurship and theater. I joined Center for Social Change, where I met great founders with big hearts. I’ve spoken at local events by the Holistic Chamber of Commerce and at the Women’s Empowerment Expo. I’ve performed in local theater at Just the Funny, the Moth, Lip Service (Miami Book Fair) and Vagina Monologues. Miami has so much to offer from startups to luxury lifestyle to cool arts and culture. There is something here for everyone here! 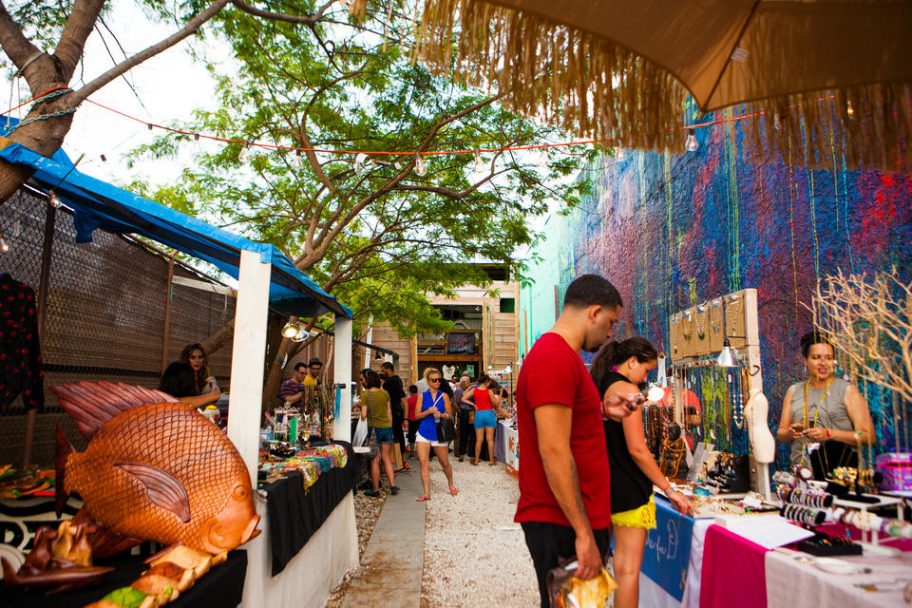 “Miami’s boom lured me back”

My family came here from Cuba in the early 1960s. My mother moved to Tampa with her family and eventually to Miami, where she met my dad in the 1980s. They moved to Washington D.C., where I was born, and came back to Miami in 1992. I grew up down here, love the immigrant flavor of the city and cherish living in the sun. I went to a boarding school in Maryland for two years and hated it because of the lack of sunlight and Latin flavor! I then went to the University of Florida and thought I wouldn’t move back to Miami for a long time. However, the more I came home during my time at UF to visit my family, the more I saw the city change and grow before our eyes. I couldn’t believe that Miami had a cool art scene, neighborhoods I didn’t know of and a burgeoning startup tech scene. Miami has boomed since 2008, and it lured me back home to be with family, friends and the wonderful weather. I love this place and will forever call Miami home. 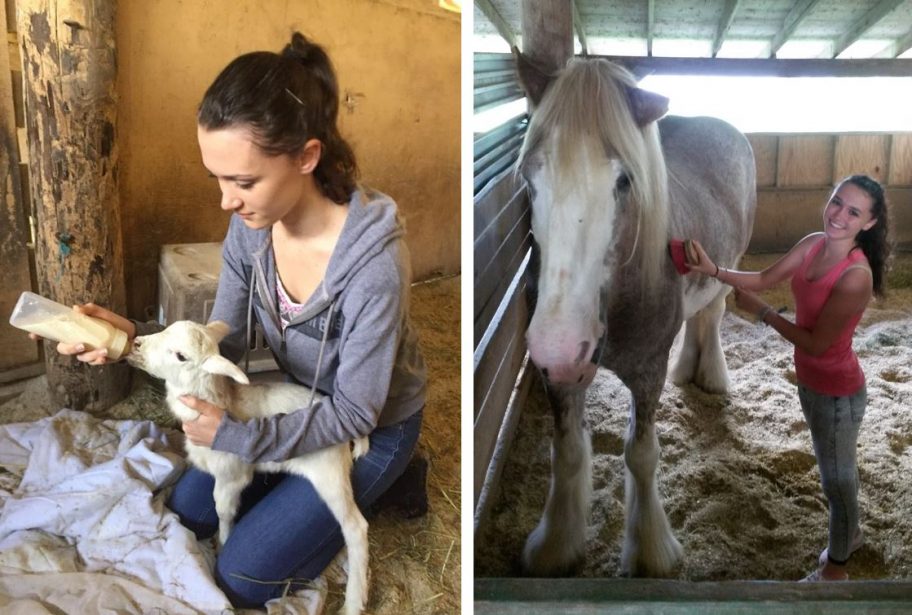 “Grateful to our host city”

My husband and I, and our two adolescent daughters arrived in Miami in August 2014. Originally from the Netherlands, we’ve lived in Asia and Europe and were relocated by my husband’s company here. We see starting a new life in a different country and culture as an adventure, and try our best to open up to the people in the country willing to be our host for at least a few years. For us, this also means investing into the community, something we’ve always found important to teach our daughters.

The first step, apart from blending in, is for us to share what we have with others. We know that every little bit will help the community to develop in a way that everybody will benefit from it. It’s also a life lesson for our girls who will be part of the next generation of world citizens. As a family, we volunteered with the South Florida SPCA Horse Rescue. We can truly say that we found a small part of Miami where we felt at home, were part of the group and could make a difference.

My husband has already relocated to the UK with one of our daughters, and our other daughter and I will leave Miami this summer. We hope we have shown the members of the community we called home for these past few years our gratitude. And hopefully, our positive commitment will leave footprints (in our case we might call them hoof prints) for those to come. We will take this experience with us wherever we will go in our hearts and minds. 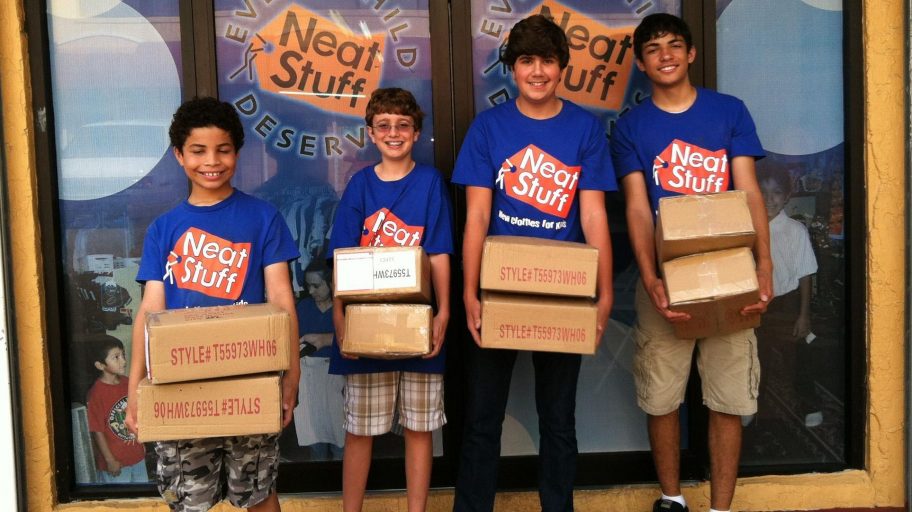 “A champion for Miami’s ‘Neat’ kids”

We are submitting our proud story about Phyllis Krug. In 1984, Phyllis became a Guardian Ad Litem in the Juvenile Court. Before long, she was representing 13 children in 10 cases. While working with the children, she began to understand that, as the children reached the age of 18, there was no system of continuing training or support, and they were left in a situation for which they were unprepared.

In the Fall of 1990, Phyllis envisioned a system of volunteers trained to work with these children by serving as friend, educator and mentor. Working in cooperation with the state of Florida’s Independent Living Program, Phyllis developed a model to pair youth ages 16 to 22 with individual mentors equipped to serve as role models and advocates. She founded an organization called F.A.M.I.L.Y., which was a program that ultimately involved 65 mentors assisting 70 independently living youth, the entire population of the Dade County Independent Living Program. For her dedication, J.C. Penney recognized Phyllis with their Golden Rule Award and Miami Bridge awarded her the Dick Moran Youth Service Award. It gave Phyllis great joy when, in 1993, the Guardian Ad Litem Program of Miami-Dade County named her “Child Advocate of the Year” and presented her with the Lorraine Munroe Spirit of Excellence Award.

In 1996, while serving as vice president of Voices For Children, a non-profit organization which raises funds to enhance the services of the Miami-Dade Guardian Ad Litem Program, she established Neat Stuff. (Named this by the quotes from the children who felt they were being given “Neat Stuff”!) Neat Stuff provides manufacturer donated new clothing, school uniforms, book bags, shoes and other necessities to thousands of children in foster care and/or under the jurisdiction of the Dependency Court. In many cases, these are the first new clothes these children have ever owned, giving them a new feeling of pride and self- esteem.